Asian football expert @JohnnyDuerden gauges the reaction of Sydney FC and Melbourne Victory’s ACL opponents after both Aussie clubs made history this year.

Melbourne Victory and Sydney FC may have been eliminated at the second round of the 2016 AFC Champions League but the teams that emerged triumphant from those encounters in May have not forgotten just how close those contests were with the Hyundai A-League clubs.

Both Hyundai A-League representatives reached the knockout stage of the tournament for the first time in their history and contributed to a pair of memorable ties.

Sydney drew 1-1 in the first leg at Shandong Luneng, an entertaining clash that served as a mere warm-up for the return match in Australia.

With just seconds remaining, ten-man Sydney was heading to the last eight but then with the last kick of the game, midfielder Hao Junmin fired home a rocket into the top corner from 25 metres out. The game ended 3-3 with Shandong edging through on away goals.

“It was an exciting game,” laughed Dong Jan, Shandong’s General Manager before the draw was made for the quarter-finals in Kuala Lumpur.

“It was a great commercial for the tournament and we were so happy to win in the last minute. It was the highlight of our season so far.”

“We had not been to the quarterfinal since 2005 and I think we were so desperate to get – as much as Sydney!” 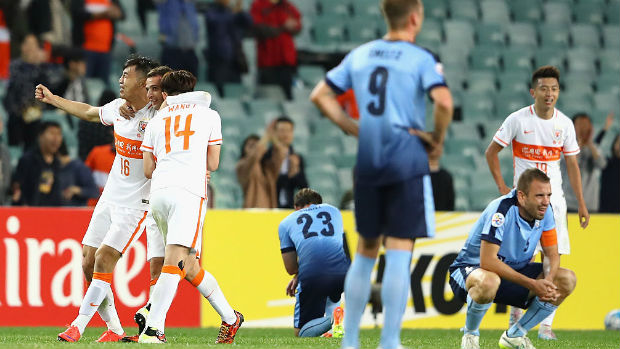 Dong has been impressed with the level of Australian teams in recent years and how the Hyundai A-League has improved.

“Sydney was a very good team and we know that with Australia as Asian champion, then any game is going to be very tough.

“Australian teams usually play the same away and at home. They are aggressive and have a strong will to win.”

Melbourne exited at the hands of Jeonbuk Motors. It was almost as close against the defending Korean champion also going for a second continental crown.

Once again the first leg, this time in Australia, ended 1-1. The second leg was a tough proposition, going to the home of the best team in the Korea Republic.

Leanardo was the difference. The Brazilian scored the only goal of the game in Melbourne with a stunning free-kick.

He did something similar with a set piece in the return match and when he fired home from the edge of the area to make it 2-0 on the night and 3-1 on aggregate, it all seemed over. 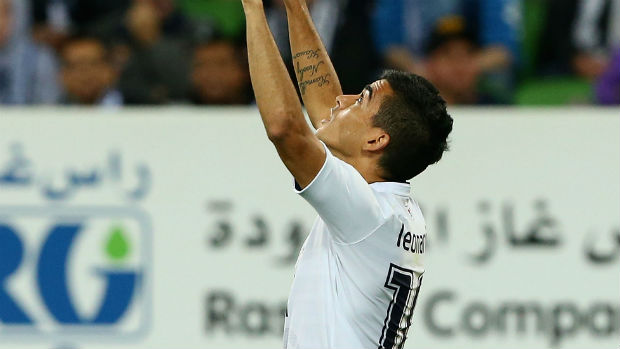 A late strike from Besart Berisha put Melbourne within a goal of the last eight and had Jeonju World Cup Stadium feeling tense.

“We knew we were going to have a real battle with Melbourne.” said Jeonbuk vice-president Kim Dong-tak said.

“Any games against an Australian team is difficult and the games have become tougher over the years.”

“The travel is hard but it is the same for both teams. Melbourne pushed us all the way and we were relieved to get through to the quarterfinal.

“Whatever happens, the game was great preparation for us as we move forward.”

Shandong will take on FC Seoul while Jeonbuk meet Shanghai SIPG with the first legs taking place in August with the return matches being held the following month.