Check out the Hyundai A-League 2017/17 Team of the Season as picked by a-league.com.au

It’s perhaps no surprise that the top two teams – Sydney FC and Newcastle Jets – had the most number of players selected in the Hyundai A-League 2017/18 Team of the Season starting XI with five and three respectively.

The Roar custodian was sensational for John Aloisi’s side throughout the season and deservedly claimed the Gary Wilkins Medal as the club’s player of the year.

Young made 91 saves this season, second only to Adelaide United’s Paul Izzo. But why Young pipped Izzo for this spot in our Team of the Year was because he saved a whopping 73.4%.

The fullback was a model of consistency for Graham Arnold’s side with his incredible engine a huge asset for the Sky Blues in both attack and defence.

Zullo’s ability to offer width and get high up the park freed up Milos Ninkovic to take up more central positions while making life difficult for opposition teams. To end the season with nine assists, one goal and 22 chances created – one every 86 minutes – is some feat for a fullback.

An instant hit in the A-League, Schenkeveld proved to be an assured presence at the back with his speed and uncompromising style shoring up City’s defence.

Never afraid to go into a challenge – as demonstrated by his 197 duels, Schenkeveld also made 71 clearances. But what made him more than just the perfect defensive cover was the Dutchman’s calmness with the ball at his feet, completing 91% of his 1126 passes attempted  the best in the competition.

The dependable central defender was as consistent as ever for Graham Arnold’s side as they conceded a league-best 25 goals and recorded 12 clean sheets on their way to the Premiership.

No one in the Hyundai A-League could top Wilkinson’s 161 clearances, and the former Caltex Socceroo has been rewarded with a new two-year contract with the Sky Blues. 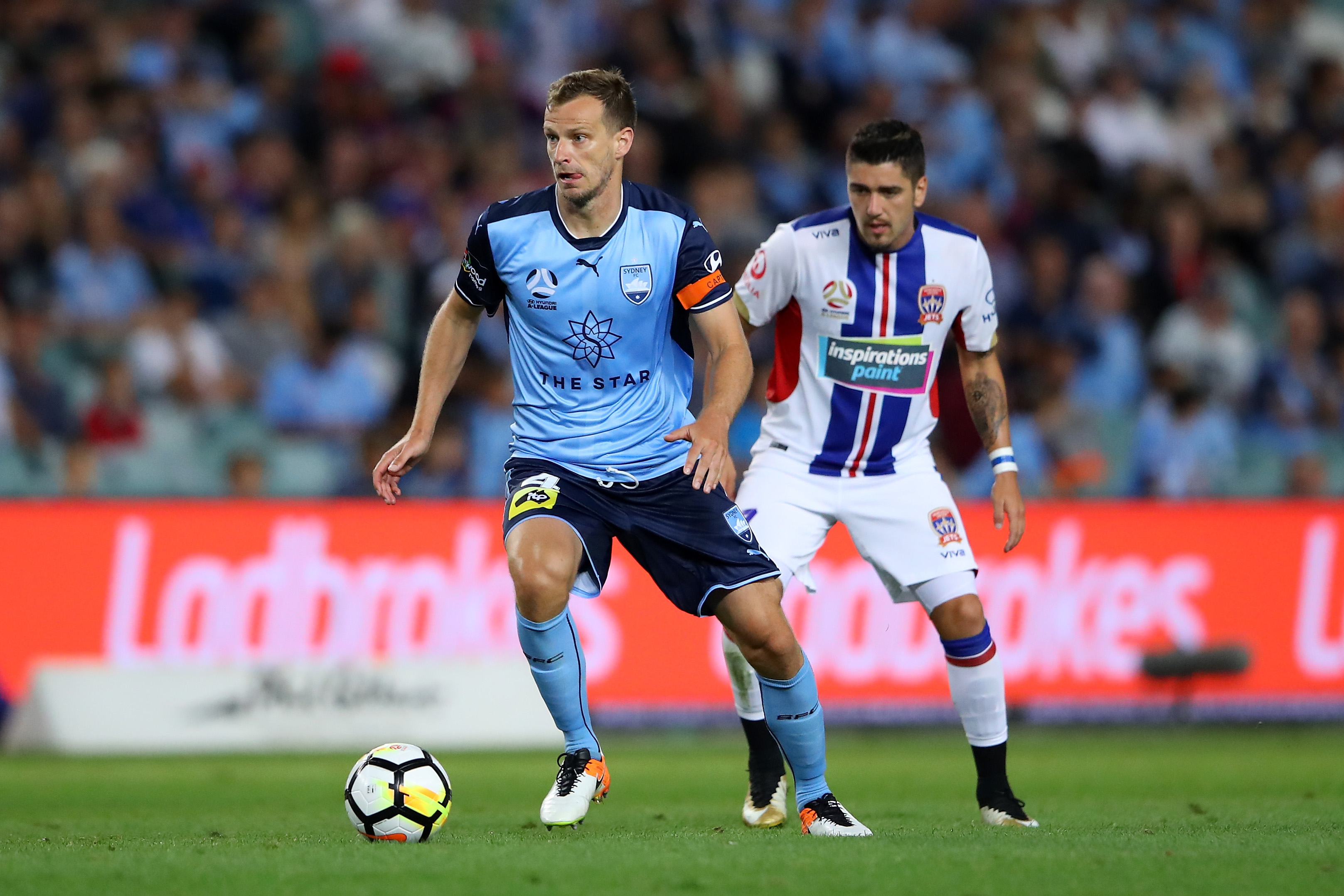 The versatile Hoffman thrived in both defence and attack as he put together his best season to date to help Newcastle soar into the Grand Final.

Starting the season on the right of a back four, Hoffman was deployed as a striker and a right winger as player injuries and exits took their toll. For that reason, his six goals and 18 chances created is a little skewed, but he’s still a deserving inclusion in the Team of the Season despite the stellar form of Sydney FC’s Luke Wilkshire as competition.

A quiet achiever in a team of attacking stars, Ugarkovic’s ability to break up the play in transition and distribute to his front four was crucial to Newcastle’s success this season.

The 23-year-old played in all 29 games for the Jets and acted as the perfect screen for his back four after Ernie Merrick evolved his system to deploy two more advanced midfielders. Pinching the ball, winning tackles and distributing to his attackers.

Combined superbly with Brandon O’Neill in Sydney FC’s engine room and proved to be a model of consistency to help Sydney FC claim a second-straight Premiers Plate.

Able to do everything with supreme consistency, his energy in the middle of the park provided a platform for Brosque, Bobo, Ninkovic and Mierzejewski to do their thing.

Thrust into the playmaker role due to Ronny Vargas’ injury, Petratos thrived in a central area and ultimately finished second in the Johnny Warren Medal after a superb campaign.

With 77 chances created, a league high, Petratos was also involved in 19 goals (nine assists, 10 goals) and was able to lead the line, play off the striker, or on the left or right wing. His fine first season back in the Hyundai A-League has now seen him rocket into contention for a Caltex Socceroos spot at the FIFA World Cup.

Hugely impressive in his maiden season in Australia, George lit up the league with his dynamic style, lethal left-foot and penchant for spectacular free-kicks.

George pips last season’s Johnny Warren Medal winner Milos Ninkovic for the left wing position, but considering no one had more assists (14) and he came eighth in the goalscoring charts, Victory’s star man was a sure pick.

What an amazing season for the Brazilian. The striker netted a remarkable 27 goals for the campaign to set a new record for the most goals scored in a single A-League season. He finished 12 goals clear of his nearest rival, too.

But Bobo also managed to lay off six assists for teammates and hit the target 65.1% of the time from his 100-plus efforts on goal. 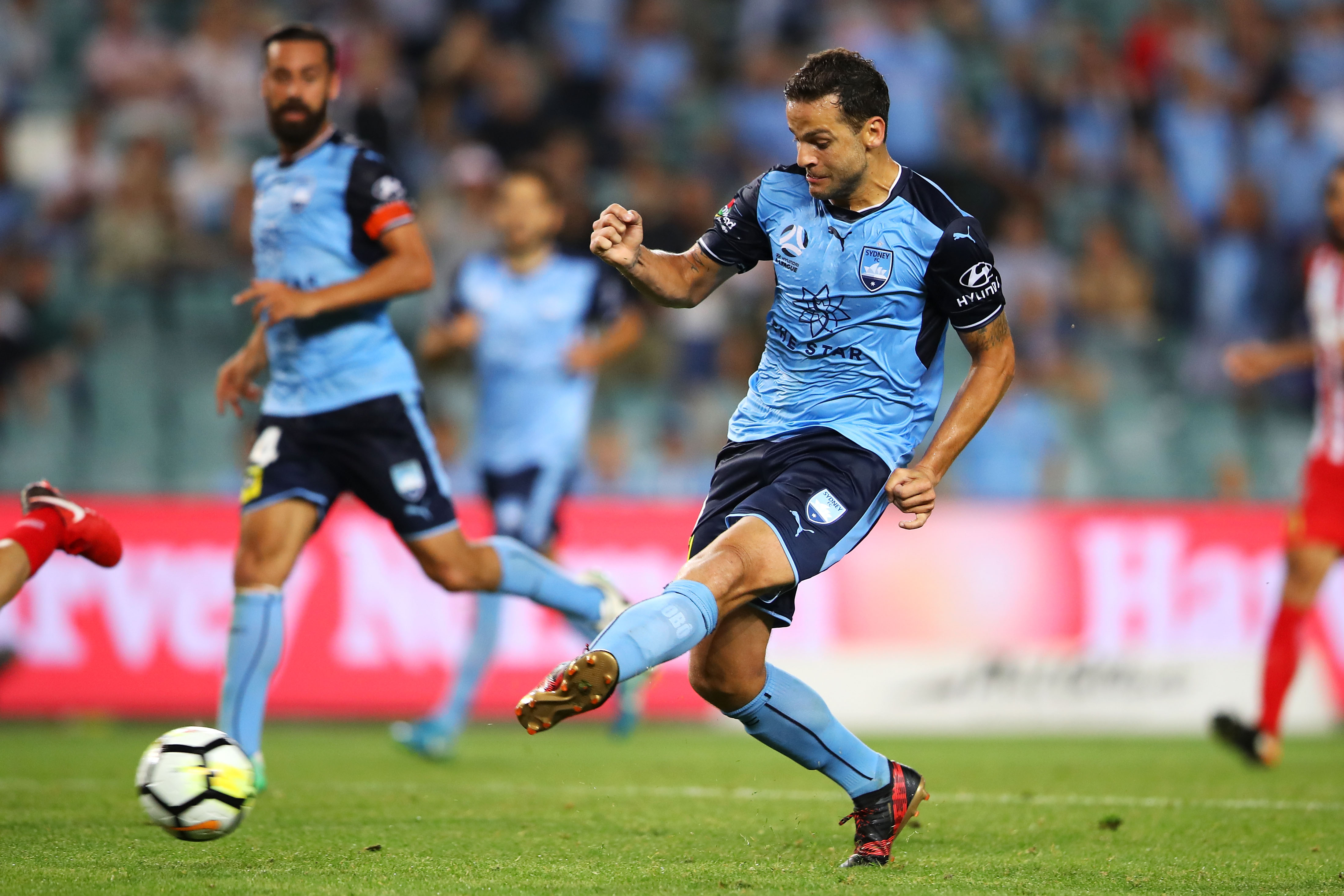 The Polish international was simply sensational for Graham Arnold’s side with the attacker chalking up an incredible 13 goals and nine assists for the Sky Blues. He was a clear winner of the Johnny Warren Medal as player of the season.

Including his 12 ‘second assists’ (the pass before the assist), Mierzejewski was the player involved in most goals in the entire competition, and played a part in more than half of his team’s total goals haul. 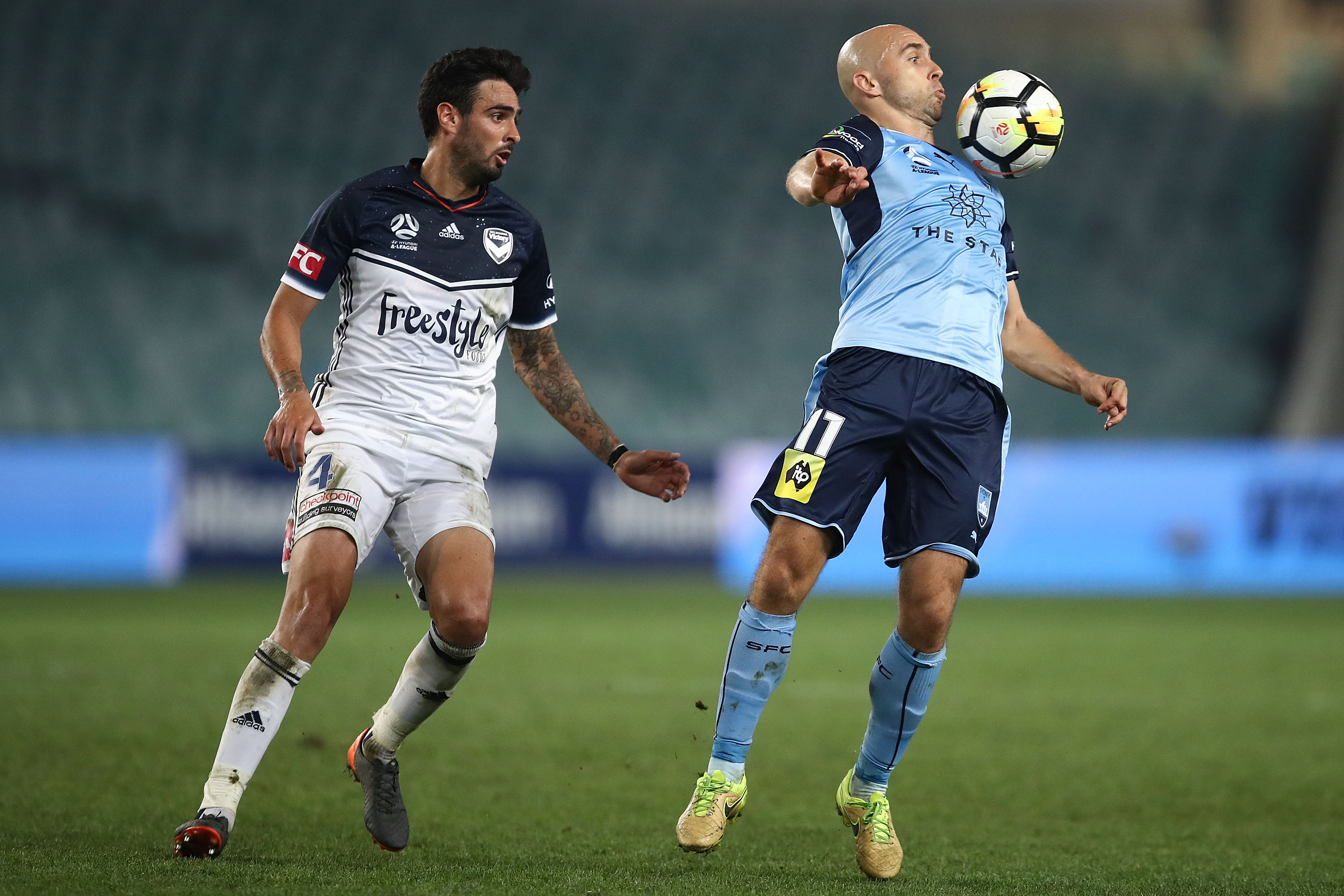