Sydney FC’s A-League stars return to action this Saturday night against Brisbane Roar in a massive clash (kick off 7pm), which will herald the return of the A-League’s most prolific striker, Bobô in a Sky Blue shirt.

The free scoring Brazilian will front the crowd at Netstrata Jubilee Stadium for the first time, after returning to Sydney FC in December.

The striker scored during an in-house friendly match this weekend which finished 3-1, with further goals from Kosta Barbarouses, Milos Ninkovic, and Jordi Swibel.

“It has been a long wait but I feel fit and ready, and I can’t wait to get going again in front of these fantastic supporters,” said the record breaking frontman.

“Since leaving Australia in 2018, I have never forgotten the fans here and how they’ve always backed our club, and it will be a pleasure to play in front of them once more.

“We’ve got some good young strikers here and there’s a big competition for places so I think I will enjoy playing in the Sky Blue shirt again.”

Bobô is the A-League’s most prolific striker, scoring 52 goals in 71 appearances, including holding the record for the most goals in a season with 27 goal in 27 matches during the 2017/18 season. 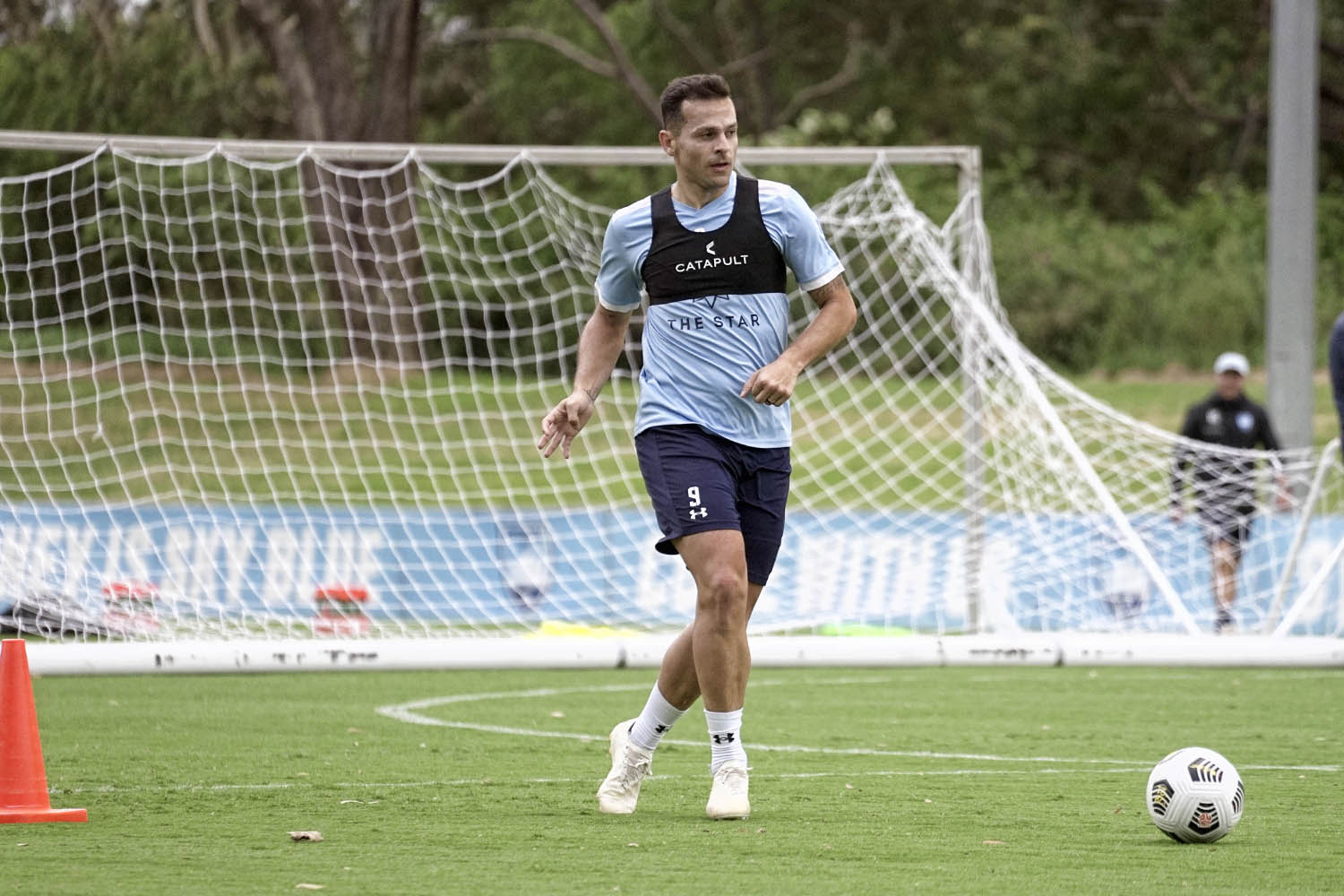 The Roar arrive undefeated in their last five games, having scored 13 goals in four of those matches, with the league’s leading goalscorer Dylan Wenzel-Halls notching five of those, so fans could expect a goals fest.

Head Coach Steve Corica says it will be the perfect chance for Sydney FC supporters to welcome back the Brazilian.

“It will be our first Saturday night home game at Netstrata Jubilee Stadium in Kogarah this season, so it will be an ideal opportunity for the fans to come out and welcome Bobô back officially,” said Head Coach Steve Corica.

“We are looking forward to getting back to playing again having missed out this week due to the postponed matches, so I’m sure many people, like me, are excited to see the boys in action again.”

Meanwhile Sydney FC’s fantastic start to the W-League season will continue when third placed Adelaide United are the visitors to Cromer Park, Manly to take on the Sky Blues this Sunday (kick off 4pm).

The Sky Blues sit on top of the Westfield W-League ladder with a game in hand on their nearest rivals with only five games remaining in the season.

It would be only the second time Sydney FC have secured the Westfield W-League Premiership were they to go on to win the title, and with one of their youngest ever squads.

Head Coach Ante Juric predicted the Sky Blues would return from this weekend’s first defeat of the season with a big performance.

“Adelaide are up there so it is going to be a tough game but we will be back to our best,” he said.

“We will keep working hard and doing the right things and we are looking forward to the next challenge.”