Huge Prizes On Over At Festive Allianz Stadium

Get involved in this Friday’s round of the Hyundai A-League, brought to you by the Sydney Children’s Hospital Foundation, for a chance to win fantastic prizes.

The Sky Blues have teamed up with one of their most valued community partners, the Sydney Children’s Hospital Foundation to raise funds for groundbreaking research and improve every day care for patients at the Randwick Children’s Hospital.

With the Sky Blues Hyundai A-League match against Melbourne City set to play host to a Christmas Raffle sponsored by the Sydney Children’s Hospital Foundation, Sydney FC’s players took a break from their preparations for Friday night’s Hyundai A-League/Westfield W-League double-header to deliver presents to the children on the wards of Sydney Children’s Hospital Randwick. 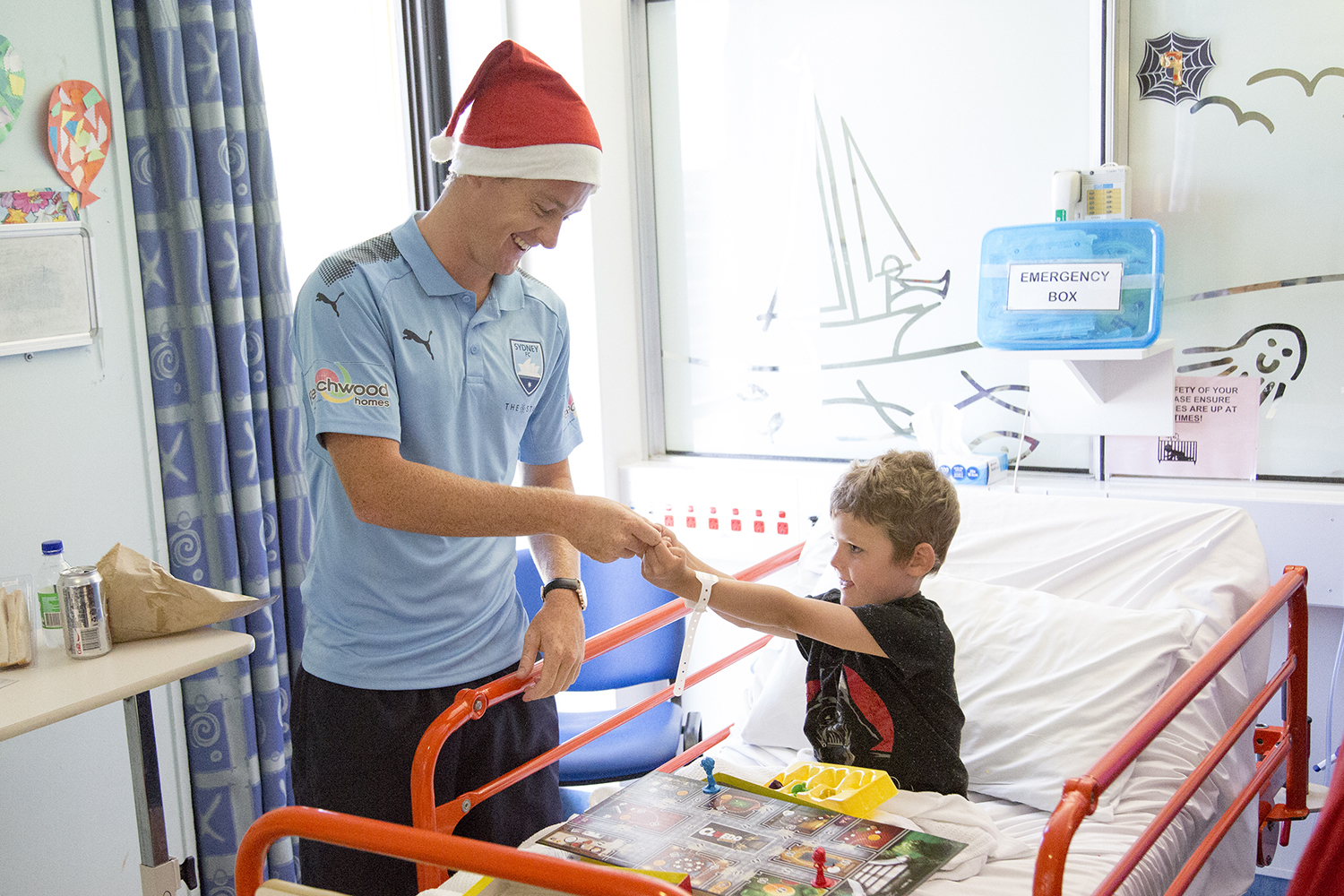 The Sky Blues players put on their Santa hats and brought their own presents to give to the kids who will be spending the festive period in hospital.

To help raise spirits the players also hosted a clinic for youngsters as part of the Hospital and the Starlight Children’s Foundation’s Christmas Extravaganza, which took place on the same day.

The Extravaganza was an event for patients and their families and involved guest visitors, Christmas activities and a barbeque.

“It’s just nice to come in and see the kids, it sucks to be in hospital at the best of times let alone to be in there during Christmas time,” Alex Wilkinson said.

“We as players and the club as a whole contribute to getting presents for them and its great to see their faces when we go in and say hi, hopefully it cheers them up for a short period of time,” he said.

Brandon O’Neill, whose online boot-selling platform Sweetllamb makes regular donations to the Sydney Children’s Hospital Foundation, spoke of how rewarding it was to help brighten the days of those spending Christmas in hospital.

“I love coming here, just being able to see the kids faces light up and just be happy,” O’Neill said.

“It doesn’t matter if you’re a sportsperson or not, if you can come in and brighten someone’s day you’re making the world a better place.” 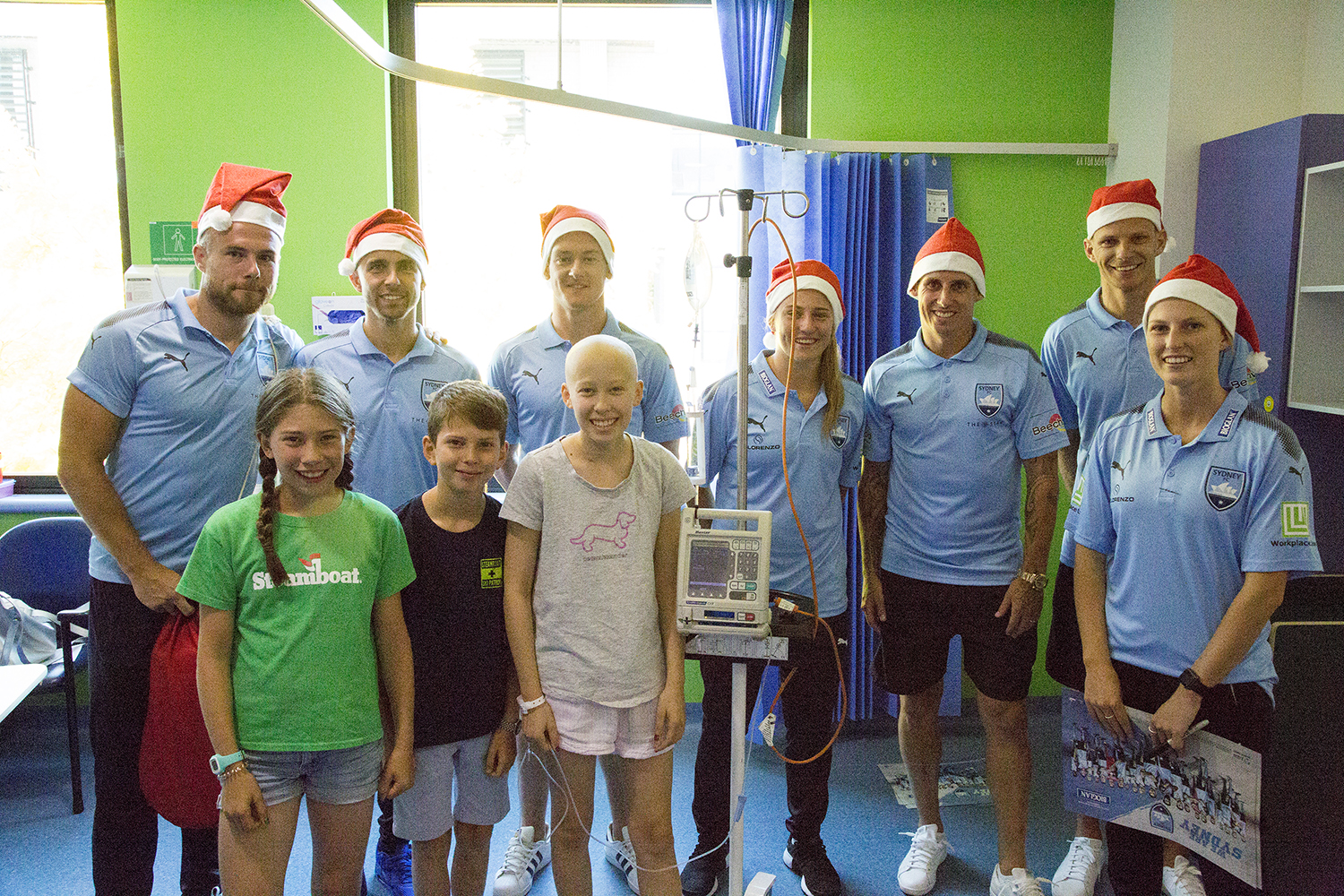 The Major Prize of the aforementioned Christmas raffle is The Ultimate Sydney FC Match Day Experience. For Round 23 of the Hyundai A-League (Sydney FC vs Brisbane Roar, 17th March 2018, 7:50 PM) the winner and three friends/family members will enjoy an immersive pre-match tour including dressing room access, joining the team on the sideline for warm up, sitting in the players enclosure for the match, and joining the post-match press-conference.

Second Prize is a Deluxe Christmas Hamper proudly donated by ITP (second prize will be drawn 3 times, 1 hamper per winner).

Winners will be drawn at halftime of Sydney FC’s Hyundai A-League clash against Melbourne City on the 15th December. The winner will be notified by phone if not present at the time of the draw.