How Sydney FC stunned Victory in 2010

John Greco recalls the incredible Hyundai A-League Grand Final five years ago when Sydney FC stunned Victory at Etihad Stadium to walk away with their second Championship in 2010.

The Sky Blues had beaten Victory to the Premiers’ Plate just a few weeks earlier only for Melbourne to win hosting rights for the decider in a gripping major Semi-Final.

Almost 45,000 fans crammed into Etihad Stadium to see the biggest clash in the history of this rivalry, with the Hyundai A-League championship at stake.

And what a dramatic decider it turned out to be.

Things started badly for Victory as star striker Archie Thompson lasted just 12 minutes before he was forced off with a knee injury. 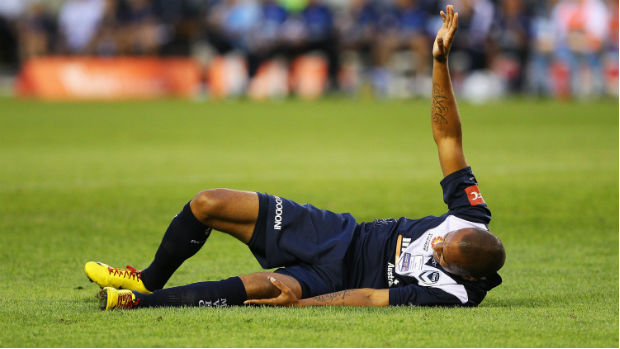 The shock of seeing Thompson hobble off seem to affect the quality of the first half, as both sides struggled to deliver many memorable moments.

But all that changed after the break.

It a dramatic passage of play just after the hour mark, the home side thought they had taken the lead at one end, only to then have to pick the ball out of the net at the other just seconds later.

Roddy Vargas had the ball in the net with Victory players running off in celebration, only to be denied by an off-side flag.

The Sky Blues didn’t waste the opportunity, taking a quick free-kick and surging forward with Sung-Hwan Byun releasing Alex Brosque down the left. 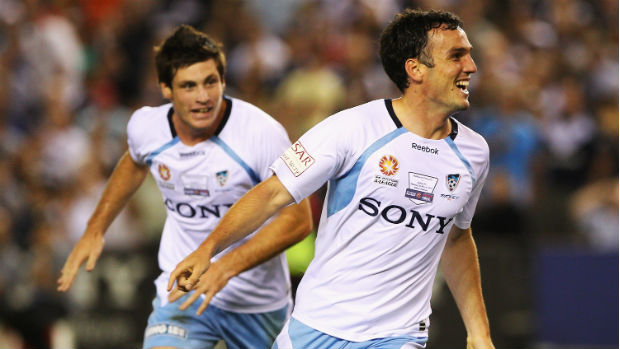 Victory lifted a gear as the Sky Blues desperately tried to hang on.

But the visitors had no answer to the aerial threat of Adrian Leijer, who connected powerfully from Kevin Muscat’s free-kick to level the scores.

The stadium shook. Sydney fans were under-fire from all quarters as their team desperately hung on as Victory sensed blood.

A frenetic and tense 30 minutes of extra-time couldn’t separate the sides, sending the decider to penalties.

Victory skipper and club legend Muscat – the player Sydney fans loved to hate and with an impeccable penalty record – hit the post from the spot to give the Sky Blues an early advantage.

Langerak gave Victory hope by then saving Shannon Cole’s penalty, only for Marvin Angulo to have his attempt saved by Clint Bolton.

It was left to South Korean import Byun to nail the winner from the spot. Sydney win 4-2.

It sparked unbridled scenes of joy from the Sky Blues players and visiting fans. A moment that’s never been forgotten by those who were there that day.

What will the next chapter dish up on Sunday? 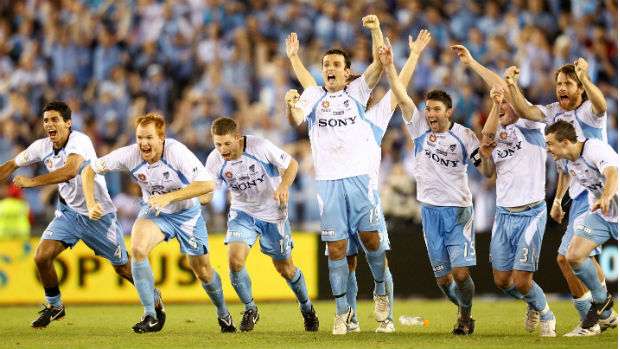