We caught up with Filip Holosko ahead of our Westfield FFA Cup Semi Final clash to discuss his milestone achievement of 100 professional league goals, set at the weekend against the Central Coast Mariners.

How does it feel to have reached this milestone?

I’m very happy to have reached this milestone. I’m the first Slovak player in history to have scored 100 league goals, just in the league not cup or European League outside of Slovakia, between Czech Republic, Turkey and Sydney FC. There are maybe 33 Slovak players who have scored this many goals but some of theirs came in the Slovak league. I have 130 or 140 goals including national team, cup and European cups.

Was this a goal you set yourself when you became a footballer?

I don’t think about setting a record like this, I don’t think ‘I want to score 100 goals’. I’m very happy my 100th goal came with Sydney FC in Australia though. 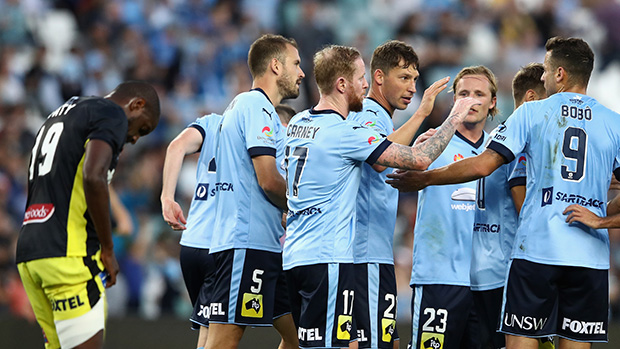 What’s your favourite goal you’ve scored out of those 100?

I have three favourite goals. One goal was when we played the home derby, Besiktas versus Fenerbache in Istanbul. I took the ball maybe past 5 players and from the edge of the box I shot and it went in but we lost 2-1. The second goal was season 2008/09, again against Fenerbache when we played them in the final of the Turkish cup, we won 4-2, I scored one and Bobô scored two. The other goal was with Besiktas when we won 2-1 and we were the Champions after that game.

What do you attribute your record to?

Without teammates you never score. I’ve had very good players around from, in the Czech Republic, in Istanbul and also Sydney FC. We have very good quality players like Milos Ninkovic, Alex Brosque, David Carney, Bobô now and Milos Dimitrijevic. These players have very good technique and, like last game, they give me fantastic balls. 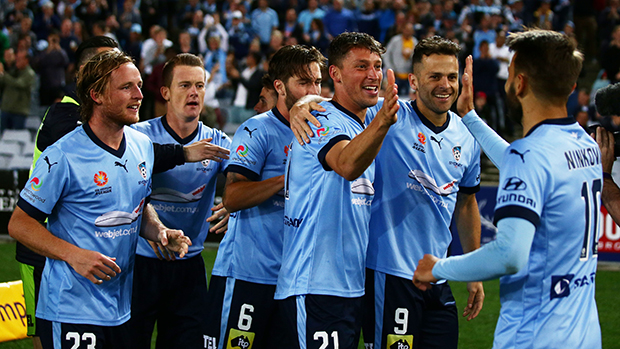 You’ve started this season very well, how do you feel compared to last season?

I feel better already than last season. Last season I scored 10 goals and I believe this season I will score more than 10. The most important thing for me is the team, we want to be successful in all 3 trophies including the FFA Cup that we play in on Wednesday. It’s a very important game on Wednesday with the chance to go to the Final and we also want to win the Premiership and the Grand Final.

What’s your goal now? Another 100 goals?

How I celebrate my 100 goals ⚽️in first leagues! Happy to score for SydneyFC?? #justintimberlake#icantstopthefeeling ⚽️???