Sydney FC Head Coach Graham Arnold has history in his eyes as he prepares for Saturday’s top of the table clash away against the Jets at McDonald Jones Stadium (kick off 5:35pm AEDT).

With six games remaining in the regular season, Arnold said he expects nothing less than to achieve those numbers and for those records to continue being broken year after year, heralding his squad as boasting the best attack in league history.

“Our focus is 70 points and breaking history again in the A-League,” Arnold said.

“I believe that we’ve got the depth in the squad no matter what to do that. Our whole focus is tomorrow night, it’s one game at a time, and being 14 points clear with only 15 to play for.

“Since day one at the start of this season the thing I drove was to be the first team ever in A-League history to go back to back.

“When you look at the stats no one has gone back to back in the A-League or NSL since 1994, that’s 23 years. It just shows you what a unique situation we’re in, the boys are so motivated to make that happen and be a part of the history books. 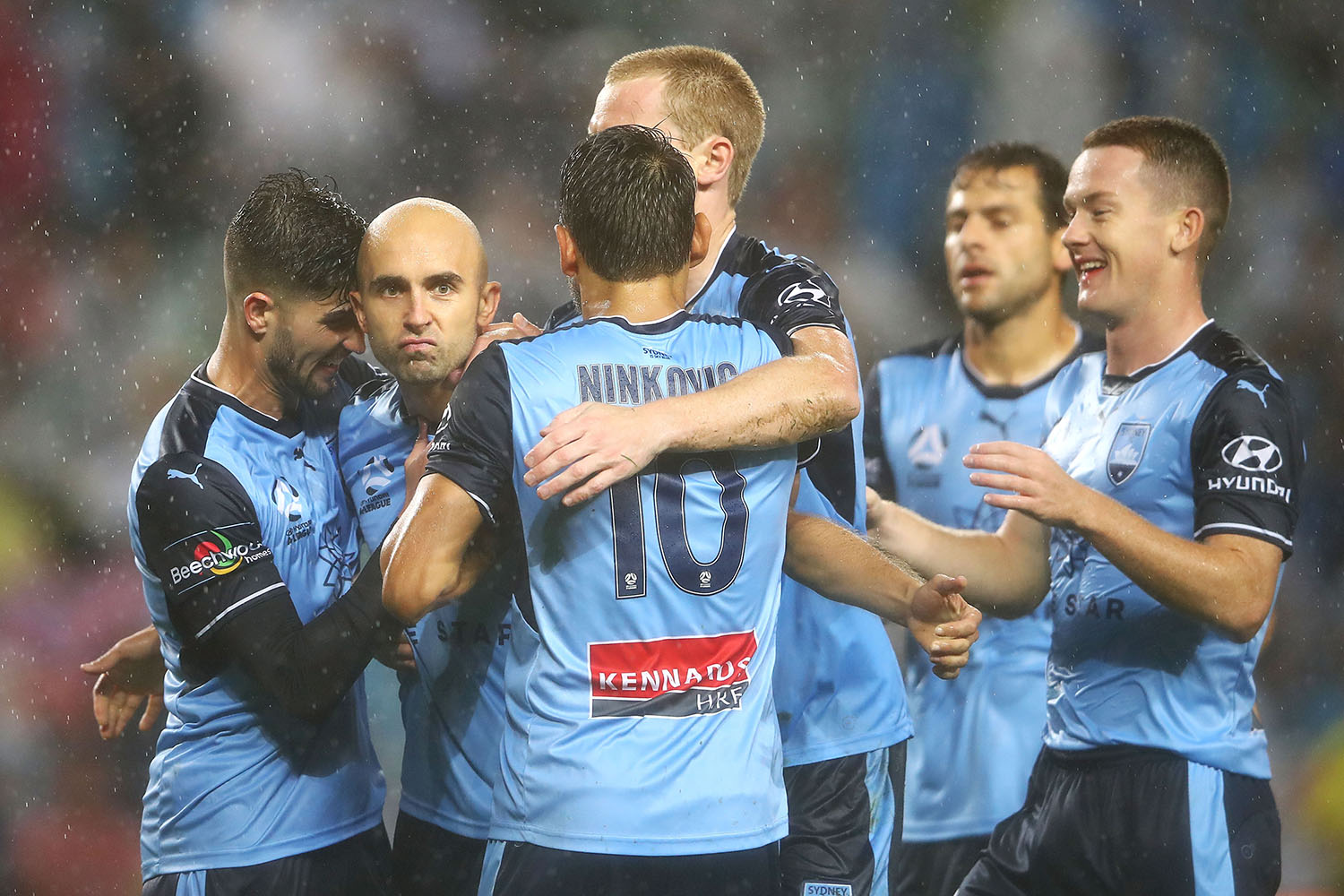 “There’s two more pieces I’m looking for, that’s the points and being greater than what we were last year but also most goals in a season at 63, we’re on 53 with six games to go.

“I rate our attack the greatest in A-League history,” he continued.

“I don’t see why this can’t go on for a number of years. The world is big in football, the world in rugby league or AFL is not that big, we’ve got Brazilian, Polish, Serbian, Dutch players, it’s all about recruitment. You get that right and I can’t see why this won’t go on.”

Arnold confirmed fullback Michael Zullo was in contention to return to the squad following his absence from the Derby through injury, while he praised David Carney for his efforts in the role against the Wanderers.

“Michael Zullo is training fully and is ready to go,” Arnold said.

“I’ve just got to make the decision over the next 24 hours with the heavy program the next couple of weeks that whether he’s ready to do 90 minutes.

“David Carney was outstanding last week at left back, he’s the second most capped left back in Socceroos history and he knows how to do it and he can do it. He showed last week his commitment to the team and he did a fantastic job.

“It’s just another game for us, it’s about preparation. We’ve had a fantastic week, no distractions this week, we’ve trained the house down and we’ve got everyone fit and ready to go.”

Sydney FC take on Newcastle Jets in a top of the table clash at McDonald Jones Stadium on Saturday (kick off 5:35pm AEDT). Follow us on Twitter for updates, catch the match live on Fox Sports 501 or get down to our Official Home Away from Home at The Star, Sydney and join like-minded Sky Blues’ fans.