A superb hat-trick from Sydney FC captain Alex Brosque has helped the Sky Blues to a 5-2 win over the Central Coast Mariners and sent Steve Corica’s men top of the Hyundai A-League. 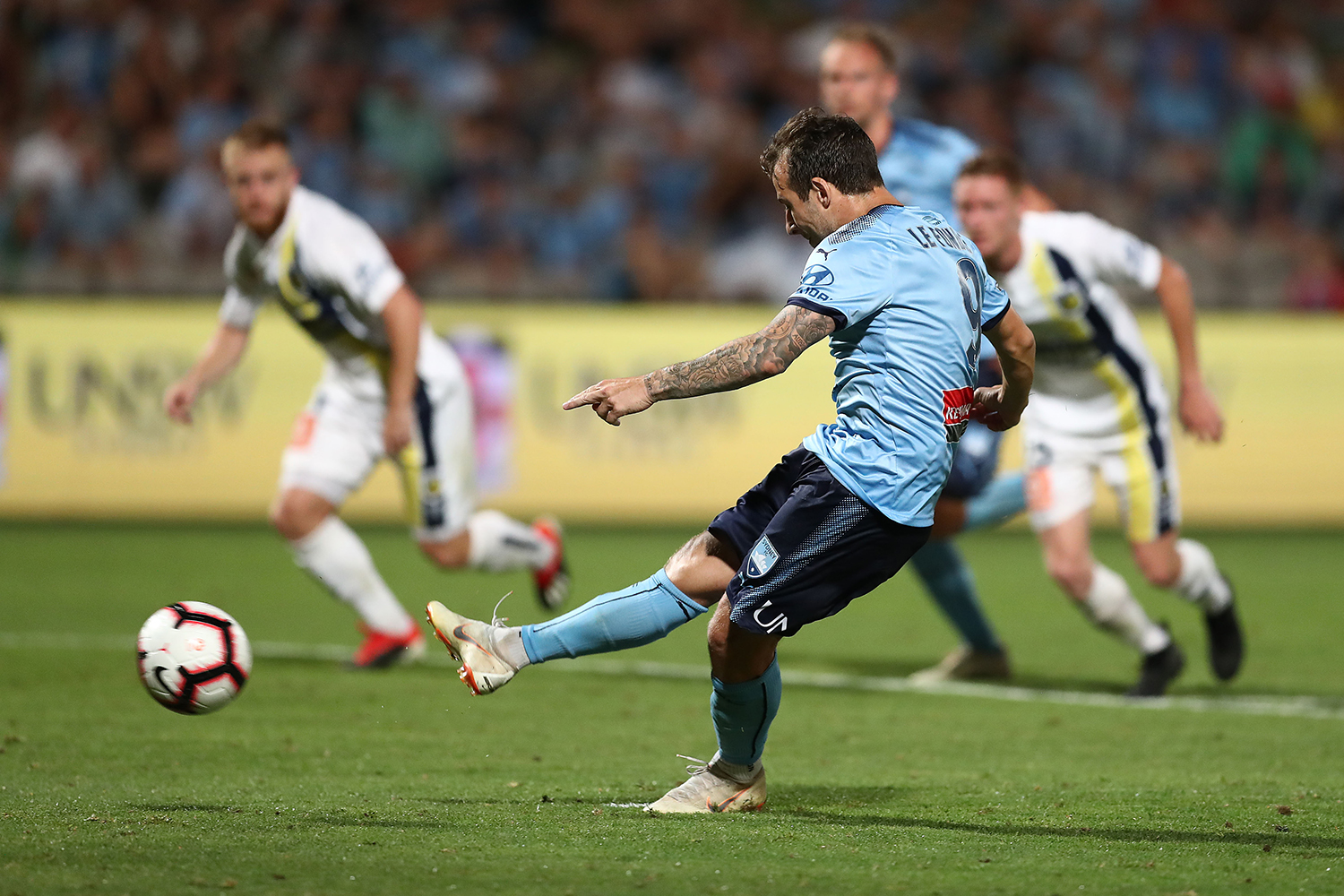 1. Pain Goal – 17’ – Pain jinks his way into the box before firing powerfully at goal and into the net.

2. Cisse Sent Off – 26’ – Cisse fouls de Jong and receives a second yellow following his first for kicking the ball away three minutes earlier.

3.  Le Fondre Chance – 31’ – Alfie beats Kennedy to a ball over the top and rounds the keeper, but the angle is too tight to shoot. It’s played to Ninkovic whose effort is blocked before Le Fondre fires a follow up shot into the defenders.

5. Le Fondre Goal – 52’ – Le Fondre is brought down in the box by Melling and Alfie steps up to fire a thunderbolt of a penalty right footed into the bottom left for his 10th of the season.

6. Brosque Goal – 58’ – Le Fondre crosses from the right for Brosque to head at goal. Kennedy parries it but the Sydney FC skipper is up immediately to bury the rebound.

8. O’Neill Goal – 67’ – Millar darts down the right hand side and crosses to O’Neill who pulls one back.

9. Ninkovic Chance – 68’ – Ninkovic gets clear and attempts to lift the ball over the keeper but is foiled.

10. Brillante Shot – 74’ – A well worked corner is played to Brillante on the edge of the area to shoot and his vicious strike is well saved low by Kennedy.

11. Zullo Shot Saved – 84’ – Le Fondre plays in Zullo on the left to shoot with power which Kennedy palms away.

12. Calver Goal – 90’ – A stunning volley from Calver from a deep Brillante cross finds the far corner of the net to send the Sky Blues top on goal difference. 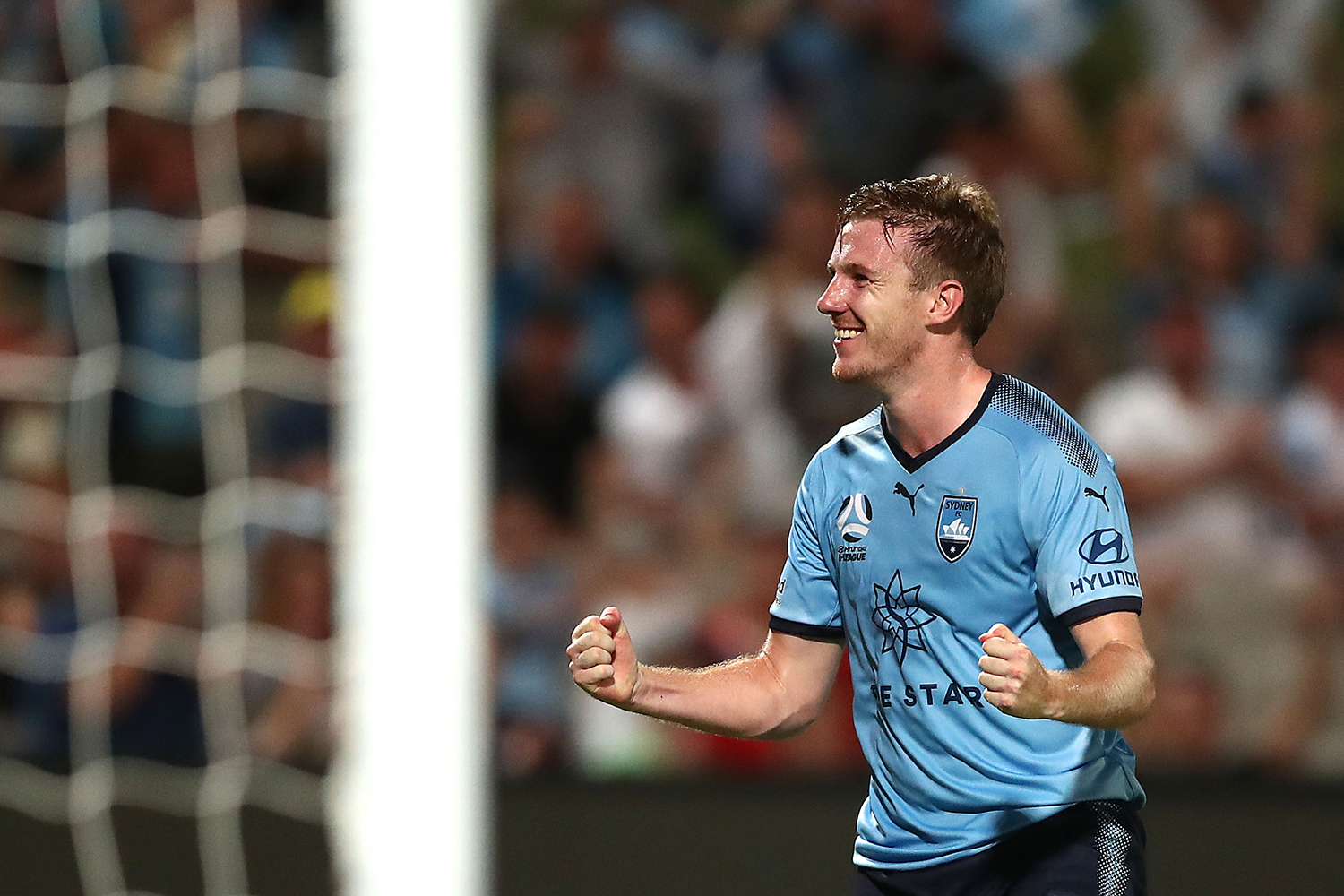 A masterclass in finishing from Sydney FC skipper Alex Brosque, a 10th goal of the campaign from Adam Le Fondre and a stunning Aaron Calver volley has helped the Sky Blues demolish Central Coast Mariners 5-2 at Jubilee Stadium.

The Mariners took the lead early through Connor Pain but the game was to change within the space of three minutes with Kalifa Cisse receiving two yellow cards and being sent off midway through the half.

Down to ten the Mariners hung on until half time but the floodgates opened in the space of 16 second half minutes.

A fantastic Brosque backheel began the scoring just after the break before Le Fondre converted from the spot four minutes later.

Brosque picked up his second just before the hour mark, reacting quickly to convert his own saved header, and then producing a chip of real quality to notch the first hat-trick of his Hyundai A-League career.

Sydney FC had more chances but it was left to centre half Aaron Calver to ice the cake with a superb volley at the far post putting the Sky Blues top of the ladder on goal difference. 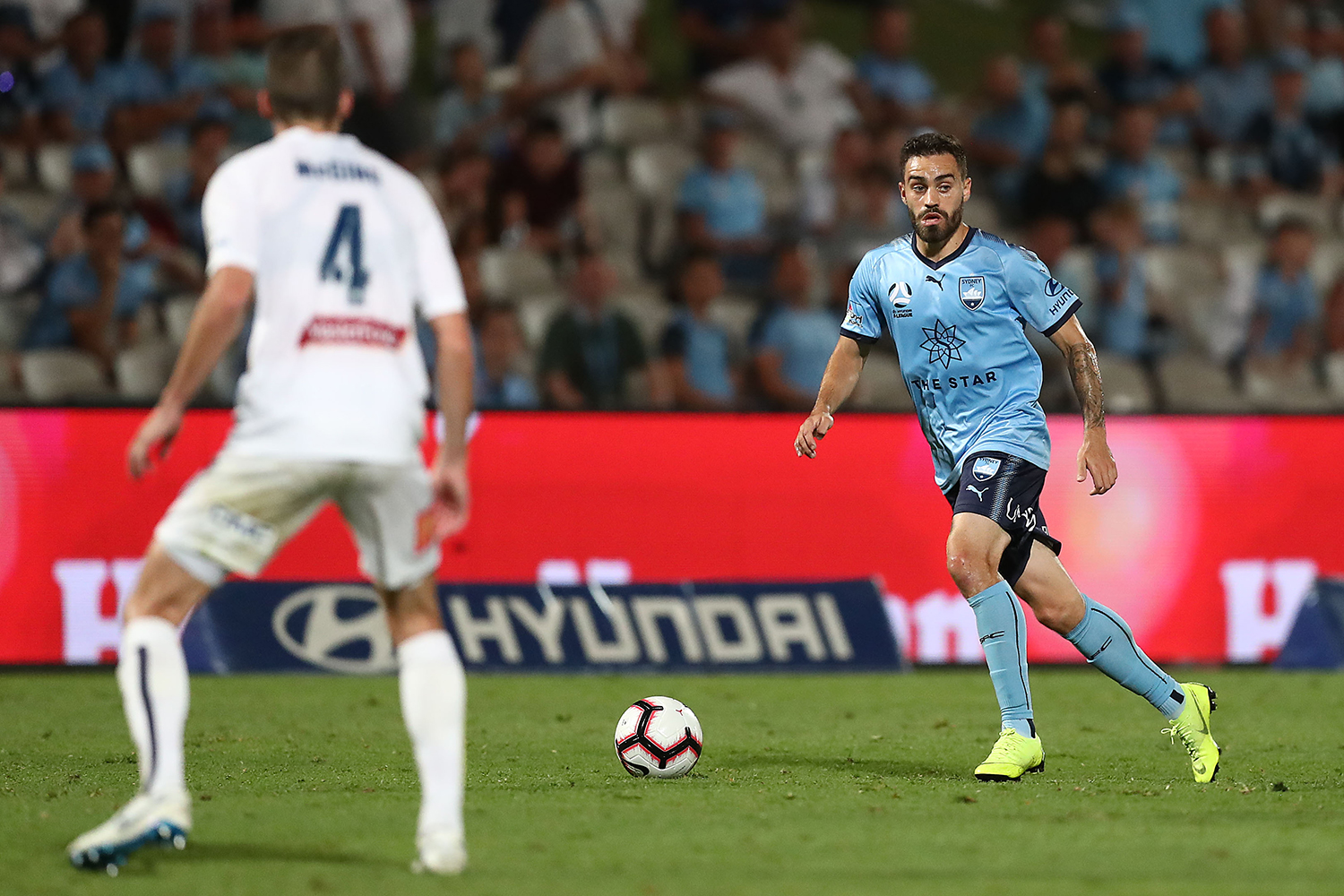 What they said: Head Coach Steve Corica: “It was a very good second half performance, really dominant.

“We were a little bit slow to start again but once they went down to ten men I could only see it going one way.

“We played very good football, so I’m really pleased and it could have been a lot more than what it was.

“Alex Brosque was unbelievable, I thought he was excellent tonight. He took his goals very well, especially the last one I thought was superb to chip the keeper like that.

“All the boys played exceptionally well, especially in the second half.”

Captain Alex Brosque: “I’m very happy, I’ve been finding it tough the last couple of games to get chances to get goals but tonight they fell nicely.  It was nice to get the win and a few goals as well.

“It’s my first hat-trick in the Hyundai A-League, the last one I got was back in the NSL so a long time ago.

“The chip stands out for me. To be honest I ran out of legs and I thought I’m not going to out run him so I might as well try and shoot from here and thankfully it went in.” 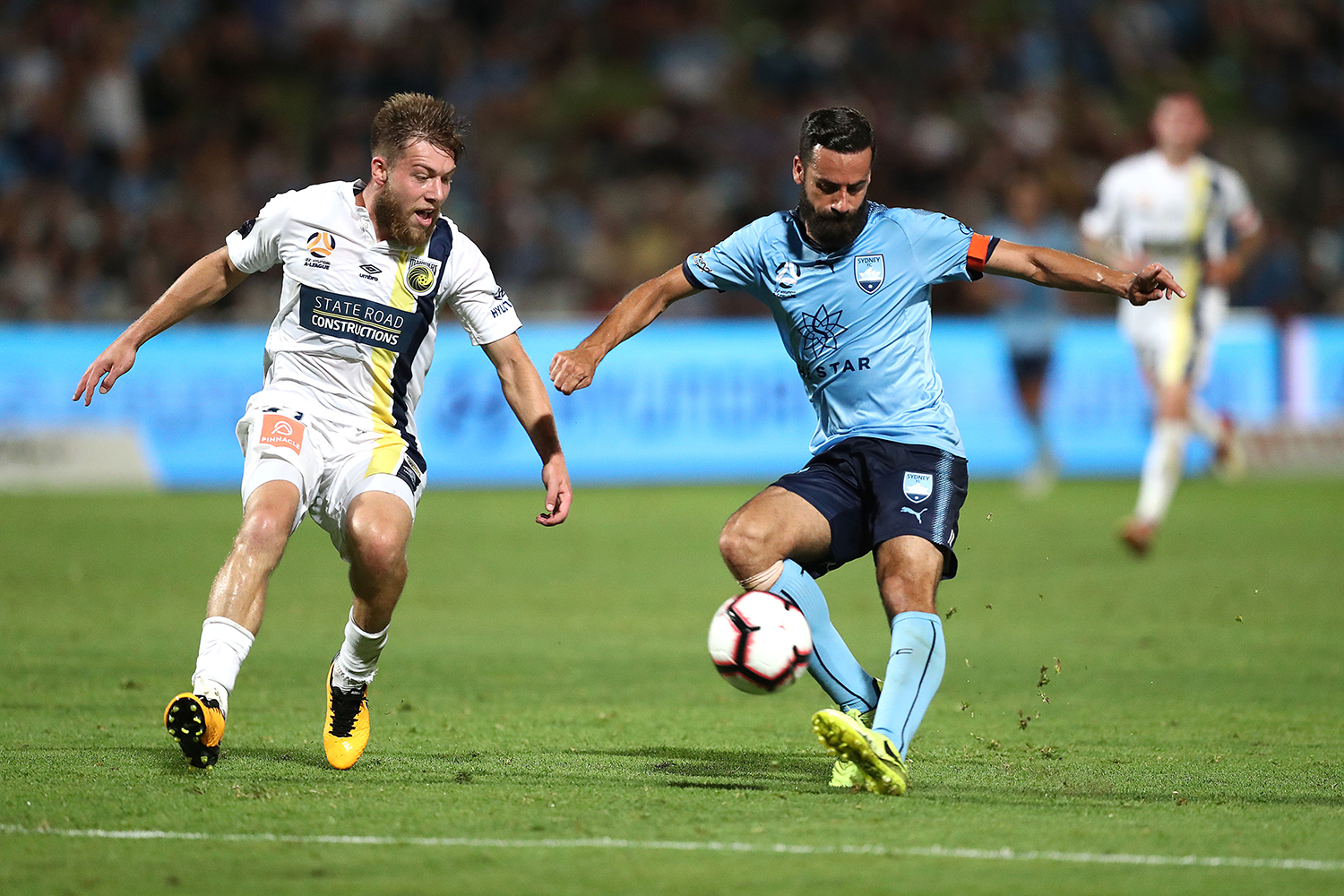