Bringing you your stats fix, courtesy of proud partner Oxford, but in a new format.

Let’s look at the head to head stats between each club, starting in alphabetical order with Adelaide United.

The Sky Blues and Reds first met in the Hyundai A-League in Round 7 of Season 2005/06, on October 9 2005. Played at Aussie Stadium (Allianz Stadium), Sydney FC triumphed 2-1 courtesy of goals to David Carney and Sasho Petrovski.

In total, the two clubs have met 47 times across the Hyundai A-League, Finals Series and FFA Cup, with Sydney FC winning 21 games, drawing 9 and losing 17 of those encounters.

The Sky Blues have scored 68 goals against the Reds, conceding 62 in the process, with the breakdown seeing 37 of those goals scored at home and the remainder away from home.

Alex Brosque holds the record for most goals scored against the Reds, notching six goals in 18 appearances across all competitions, while current Sydney FC star Kosta Barbarouses has also notched six against the Reds, however none of those came while in a Sky Blue jersey. 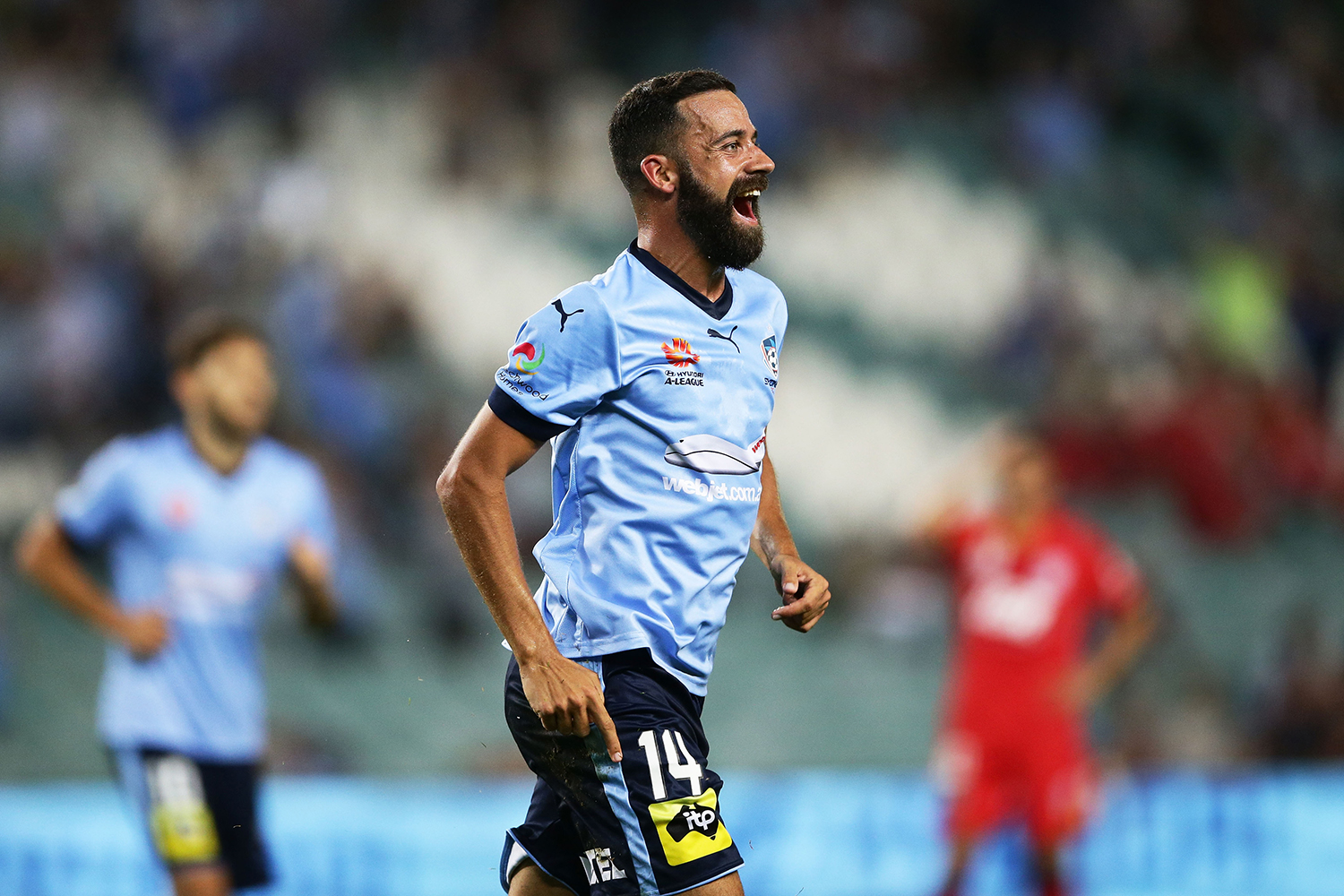 Barbarouses also leads the stats for assists against the Reds, with one of those coming this season in Round 13 as he laid the ball on a plate for Paulo Retre to smash home at Netstrata Jubilee Stadium.

Matches against the Reds are usually hard-fought affairs, with only a goal or two to separate the sides at the end of 90 minutes, however, on rare occasions, there have been some big scorelines too.

Sydney FC’s largest win against Adelaide United came in Round 12 of Season 2016/17, on Boxing Day 2016, as the Sky Blues’ all-conquering record-breaking squad claimed a 4-0 victory at Coopers Stadium; Filip Holosko and Rhyan Grant added to a brace by Captain Alex Brosque to seal the three points.