The Sky Blues head to AAMI Park on Friday night for a massive #BigBlue clash (kick off 7:30pm AEDT).

Two of the league’s leading strikers face off in Melbourne, as Adam Le Fondre and Ola Toivonen go head to head in what will be a contest to savour. Who’ll be top gun on Friday night?

Star striker Adam Le Fondre continues to lead the Golden Boot charts, having bagged 13 goals in 13 games, while Toivonen will be looking to catch up to the Englishman and add to his seven goals already this campaign.

The Sky Blues are in form, cruising at the top of the table with the chance to extend their lead to 11 points, while Melbourne are beginning life under a new Head Coach and enter the contest off the back of an AFC Champions League qualifier on Tuesday night.

Let’s look at the ‘Tale of the Tape’ between the two front men. 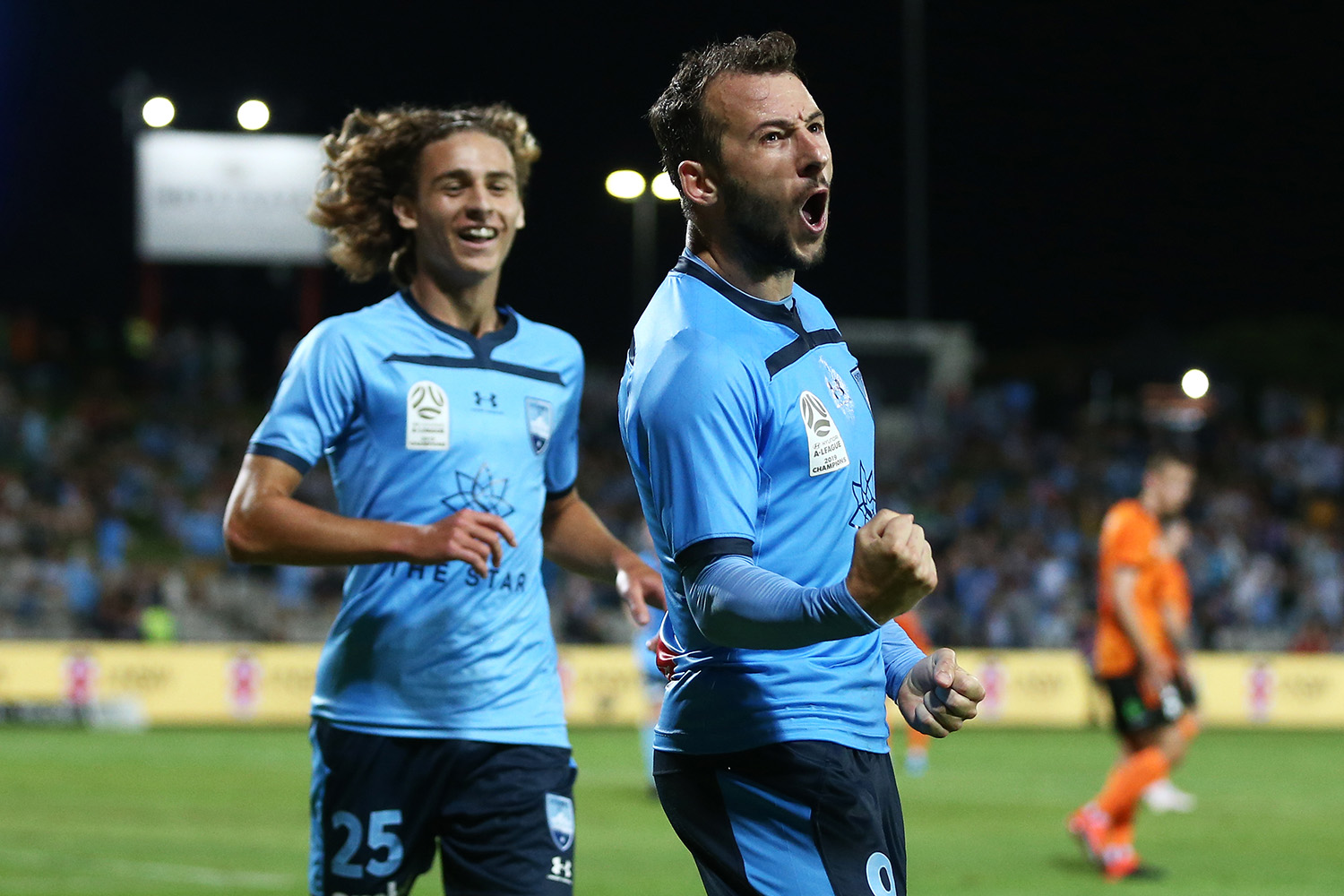 It’s the Englishman who leads the scoring charts, while also dominating the conversion rate between the pair, with Le Fondre boasting a 32.5% conversion rate from his 40 attempted shots.

Le Fondre also leads the charts for shots on targets and has played three more key passes in the Sky Blues’ build up compared to his Swiss counterpart.

Friday night will be another enthralling duel between the pair, so make sure to tune in on Fox Sports 505, or streamed on the My Football Live App and Kayo Sports, to see Alfie continue his goalscoring run.