Some mouth-watering clashes await Corica’s men with the hugely anticipated Sydney Derby at the historic Sydney Cricket Ground set to be the club’s first home clash of the season in round two.

The Sky Blues kick off their series of seven fixtures at Jubilee Stadium with what is sure to be a fiercely contested ‘Big Blue’ against Melbourne Victory in late November, while Members can also look forward to six family friendly home fixtures, as well as four games scheduled across the ‘Summer of Football’.

Sunday afternoon football at Leichhardt Oval is another highlight with the Central Coast Mariners scheduled to visit on February 17th and Corica is very pleased with the result.

“It’s always a very exciting day when the fixture list is announced and I think this year’s draw has thrown up some really great games for us,” he said.

“It’s going to be a fascinating start to the season and we will be ready to fire from the word ‘Go’.

“I’m pleased we will again benefit from the split rounds during our AFC Champions League campaign and the breaks during the FIFA windows will also ensure we have all of our squad available for key games.

“We are looking forward to the experience of playing more games in our suburban grounds and taking matches to our community and I hope they will turnout in big numbers to support us.

“I think playing at the more enclosed stadiums at Kogarah and Leichhardt will provide for an excellent atmosphere and will work to our advantage, while the hosting of our bigger derby fixtures at the SCG will be a new and fantastic experience in which we will thrive.”

Sydney FC will also kick off the Hyundai A-League 2018-19 season in round one when they travel to Coopers Stadium to face Adelaide United on Friday 19th October.

Other key games include the visit of Melbourne Victory to the SCG in early April, the traditional Australia Day ‘Big Blue’ and two festive home games over the Christmas and New Year period against Brisbane Roar (Dec 29) and Central Coast Mariners (Jan 4). 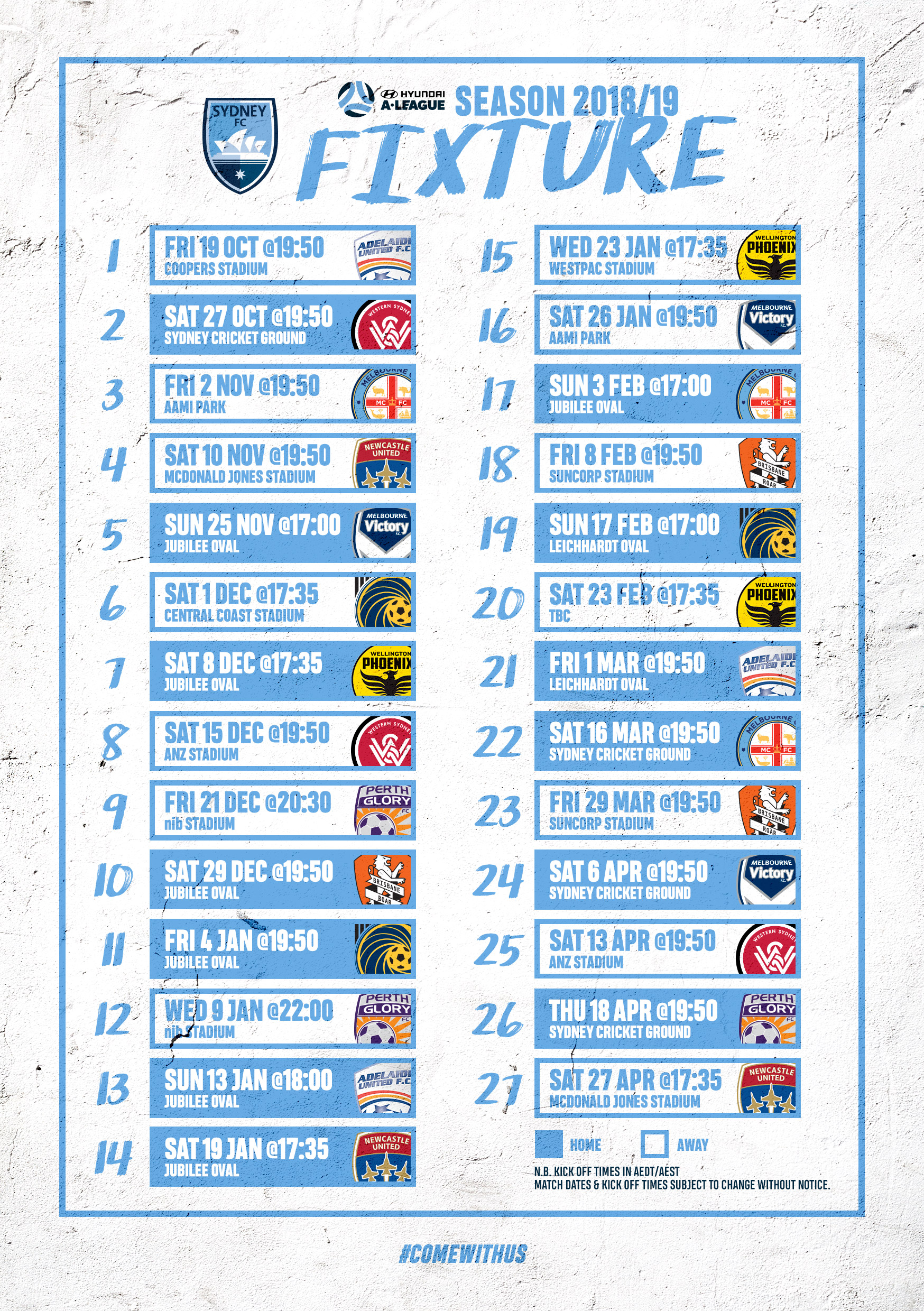