Grant joins Adelaide United’s Craig Goodwin for Tuesday’s match, as does Jamshedpur FC attacker Tim Cahill who will make his 108th and final appearance for Australia against the ‘Cedars’ in two days’ time.

Grant said it was dream come true to be selected and would rank as one of his greatest achievements if he were to enter the fray against the Lebanese.

“It would definitely be a dream come true, it’s very cliche i know, but it’s true,” Grant said.

“I think it’s the biggest achievement as a footballer, every player wants to represent the country on the biggest stage and it would be amazing for me if it happens on Tuesday.” 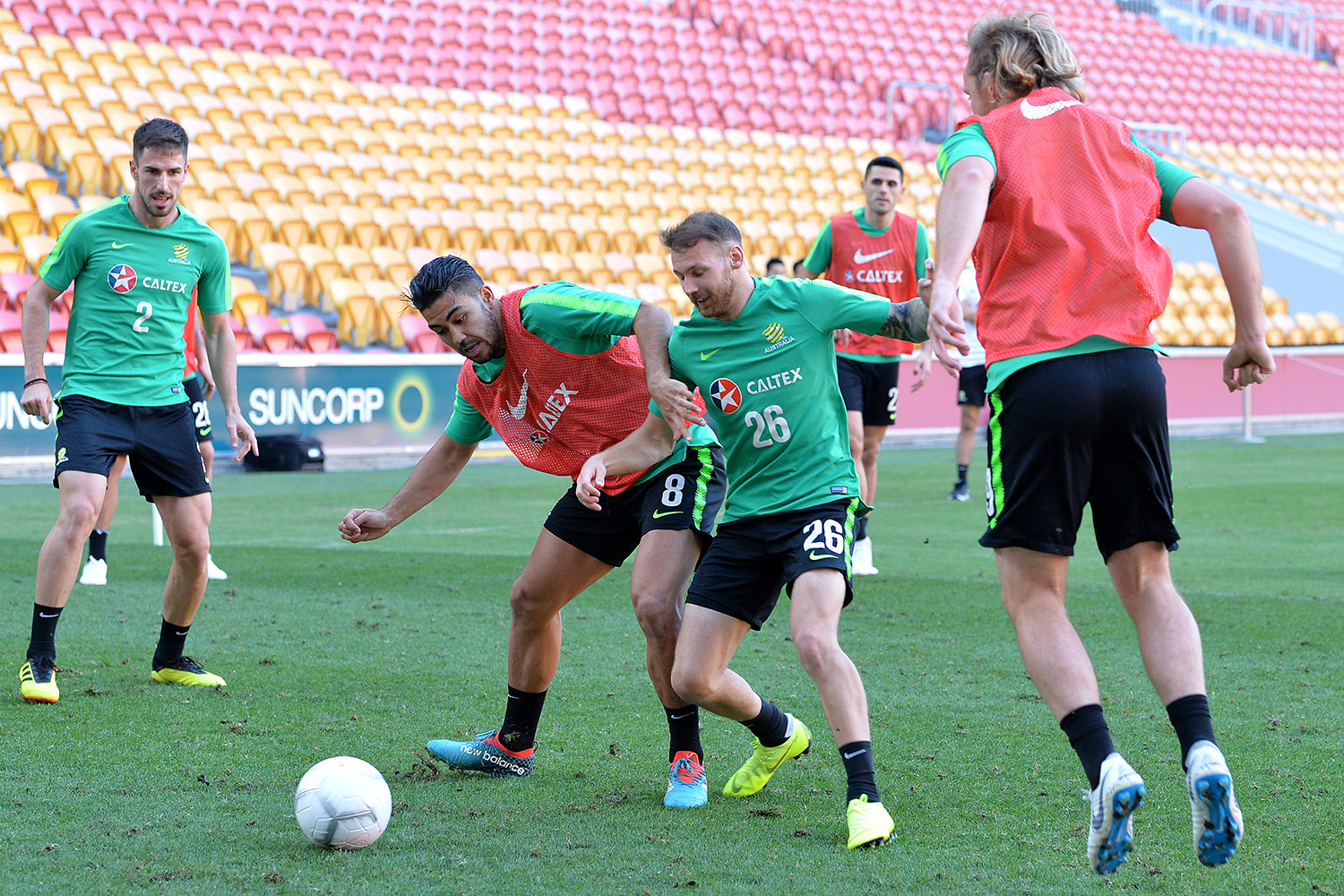 Tom Rogic and Robbie Kruse will miss match as they manage minor injuries, while train-on players Thomas Deng and Dimitri Petratos – who both did well during the week in Brisbane –have not been selected for the encounter. Arnold will omit one further player on matchday as the group is monitored following the quick turnaround from Saturday’s 1-1 draw with Korea Republic.

“There is a short turnaround to Tuesday’s match against Lebanon so Tom [Rogic] and Robbie [Kruse], who both performed well on Saturday evening but have minor knee and groin injuries respectively, won’t be risked,” Arnold explained.

“Thomas and Dimitri both did well in training in Brisbane but they won’t be part of the Lebanon fixture.

“Our medical and performance staff will continue to monitor the group leading into Tuesday’s game and together we will make a decision regarding the final 23 players for matchday on matchday.

“With limited matches and training days with the team leading up to next year’s AFC Asian Cup it is important that we provide as many players as possible with the chance to integrate into our style and system, and Tuesday’s match against Lebanon gives us a great chance to do that,” he said.

The Caltex Socceroos’ match against Lebanon will be broadcast live in Australia on FOX SPORTS and Network TEN.