Sydney FC stars Andrew Redmayne and Rhyan Grant selected in the latest Socceroos squad as two of only three Hyundai A-League players chosen in a strong side by Head Coach Graham Arnold.

Sydney FC stars Andrew Redmayne and Rhyan Grant have been selected in the latest Socceroos squad as two of only three Hyundai A-League players chosen in a strong side by Head Coach Graham Arnold.

Grant and Redmayne have become mainstays in the side after both picking up caps following a fine Hyundai A-League 2018/19 Championship winning season with the Sky Blues.

The bulk of the Socceroos’ squad that recorded a dominant 3-0 win over Kuwait in Kuwait City last month will take part in Australia’s next two fixtures. 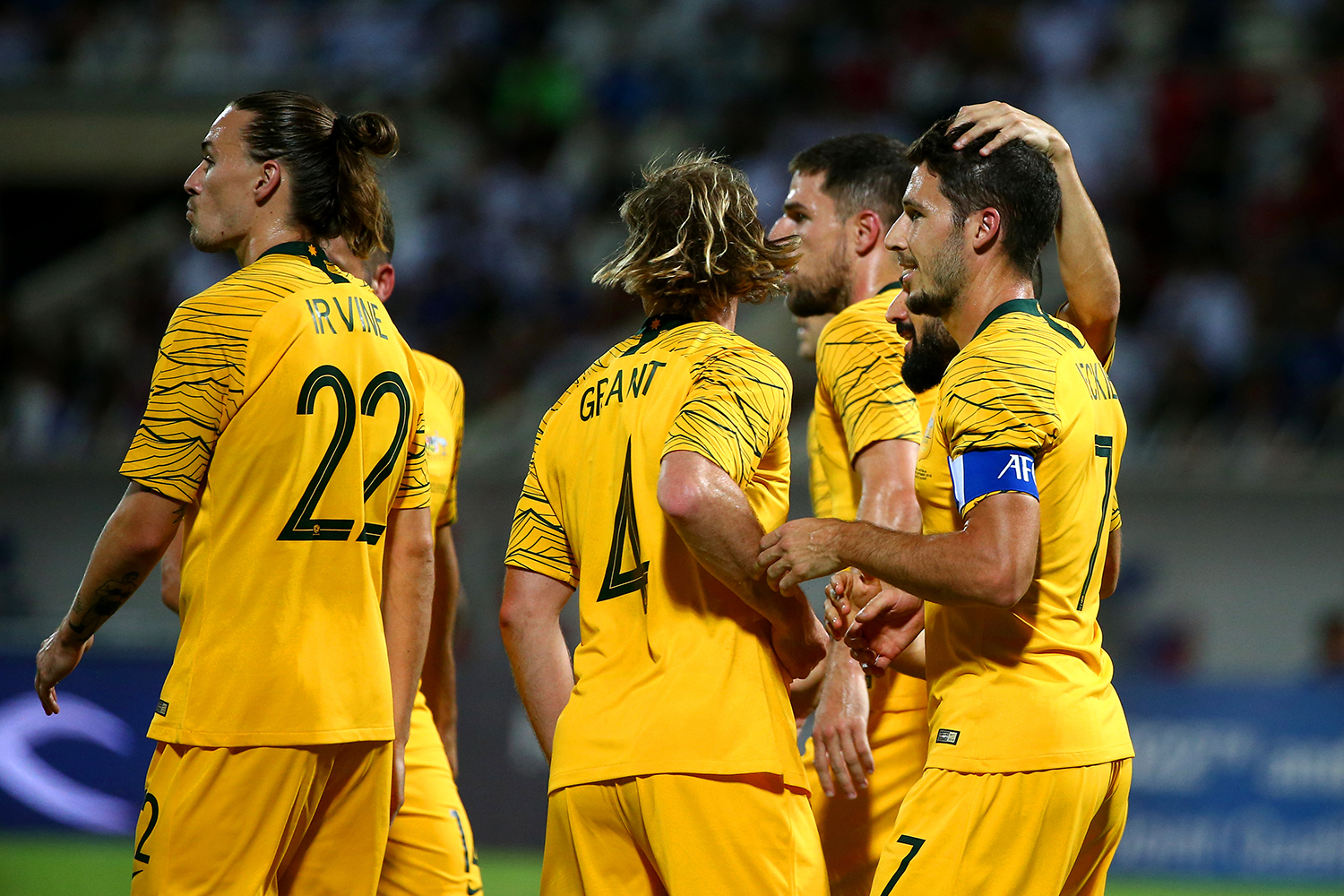 Defender Trent Sainsbury who is managing a minor injury is absent, with experienced Bristol City defender Bailey Wright, who has 23 international caps to his credit, returning to Arnold’s roster.

Socceroos skipper Mark Milligan, who has played significant minutes for Southend United after he was withdrawn from Australia’s squad in September due to a minor leg injury, also returns.

“Our group did very well in their first qualifier away from home, so I am pleased to be able maintain significant consistency within the squad as we seek to build upon our strong start to qualifying for Qatar,” Arnold said.

“Trent (Sainsbury) is managing a minor injury but remains on standby for the squad should we need to call him in. Bailey (Wright) is a big part of our plans and a great player and person to have in the squad, so we are pleased that he will be with us this month.

“Many of the players in our squad for this window have impressed with their clubs since our win in Kuwait, so we are confident that they will arrive ready to put on great performances both home and away.”

Australia’s players will convene in Canberra from Monday onwards. A fan meet and greet will be held on Monday, 7 October 2019 at Deakin Stadium from 4.00pm to 6.00pm, before the Socceroos take on Nepal on Thursday, 10 October 2019 at 8.00pm (AEDT).

Tickets for next Thursday’s match between Australia and Nepal are available via www.socceroos.com.au.

The fixture will also be broadcast live in Australia on FOX SPORTS, ABC TV, Kayo Sports, and via the My Football Live App, Live, Fast and Data Free for Telstra mobile customers.