Grant Out To Cement Home Final

Sydney FC and Socceroos star Rhyan Grant is excited at the prospect of cementing second spot on the ladder in front of a packed Leichhardt Oval when they take on Adelaide United on Friday night.

The Sky Blues currently sit one point clear of Melbourne Victory and a ninth straight league win against this round’s opponents will keep them in the box seat to secure a home final as the competition enters the business end of the season.

Grant knows how simple of an equation it is, and the defender is very confident heading into the clash against the Reds.

“We’re in the driver’s seat at the moment back in second place on the ladder,” he said.

“If we can continue to get those wins under our belts it will hold us in good stead coming in to the end of the season.

“We’ll always be quietly confident against any team we come up against in the A-League, but Adelaide are always a tough game for us and its always a pretty fiery encounter, so I’m looking forward to hopefully getting the three points against them on Friday.

“As long as we continue to concentrate on getting those wins every week, then we’ll see where we end up.” 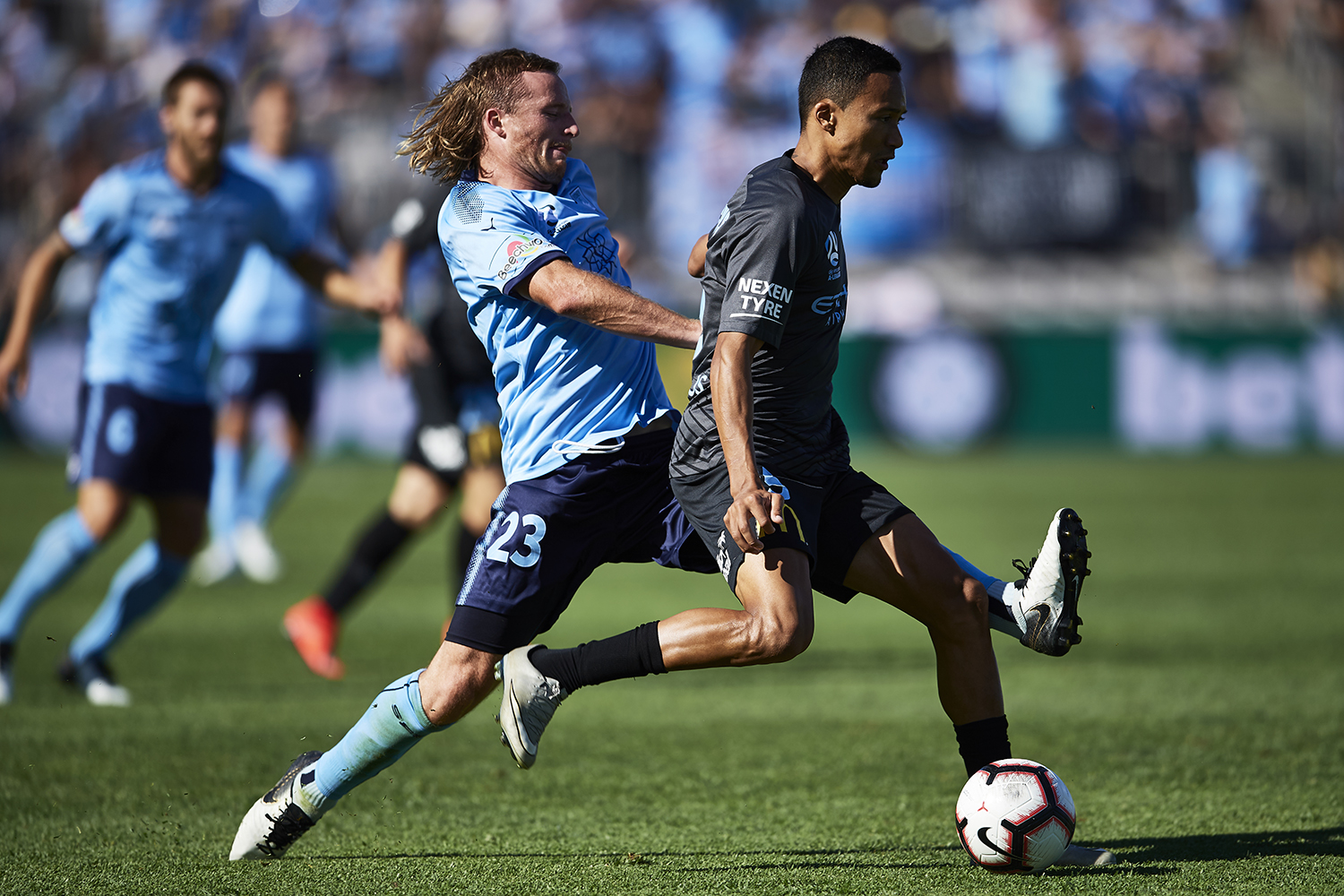 Grant paid testament to the Sky Blues faithful for their ongoing support as he called for another great turnout at the inner west venue following their bumper crowd against the Mariners in their previous clash there.

“Obviously we had a great turnout a couple of weeks ago when we played here on a Sunday so hopefully we get a similar crowd this Friday because it’s a great atmosphere for us players to play in front of,” he said.

“Having all those people on the hill brings back great memories and I’m sure they will come out in numbers again and it’ll be a great game for everyone. I know myself and the boys are really looking forward to it.”