The Brazilian star scored a phenomenal 27 goals in 27 games last season, following on from his 15 goals in 2016/17, to firmly establish himself as one of the club’s all-time leading strikers.

The former Besiktas star is the second highest all-time goal scorer for the Sky Blues once his Westfield FFA Cup (9) and AFC Champions League strikes (1) are included. 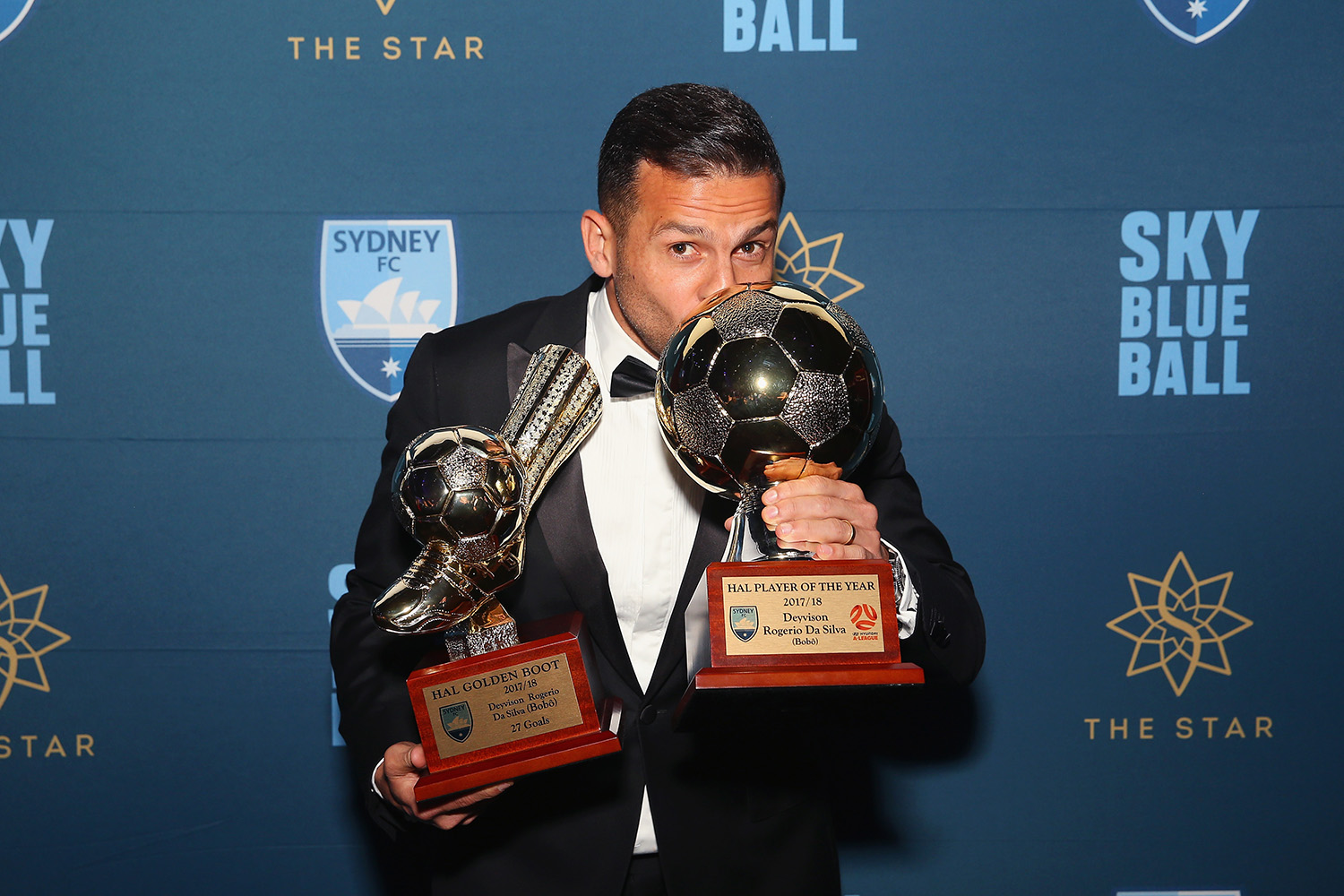 The Sky Blues’ star said he was pleased to be on board for another year, as he set his sights on more silverware.

“Sydney FC is a great club, we have had two fantastic seasons, so to have earned another contract is an excellent outcome for me and my family,” he said.

“I have thoroughly enjoyed my last two years in Sky Blue, and I would like to thank my team-mates, the coaching and medical staff and the Members for helping me achieve my records.

“Next season will be another huge challenge and I believe an exciting journey for the club.”

New Sky Blues Head Coach Steve Corica said Bobô was a fantastic asset for the club and he was delighted the Brazilian had been secured.

“Bobô has shown time and again his ability in front of goal,” Corica said.

“There is no doubt he is among the greatest strikers to have appeared in the A-League and sits only behind Alex Brosque as Sydney FC’s all-time leading scorer.

“His character off the pitch is a great positive and he’s also a great man to have around the club.

“I’m looking forward to working with him again.”

Sydney FC expect to make further player announcements in the coming days with the squad returning on July 2nd for preseason training.