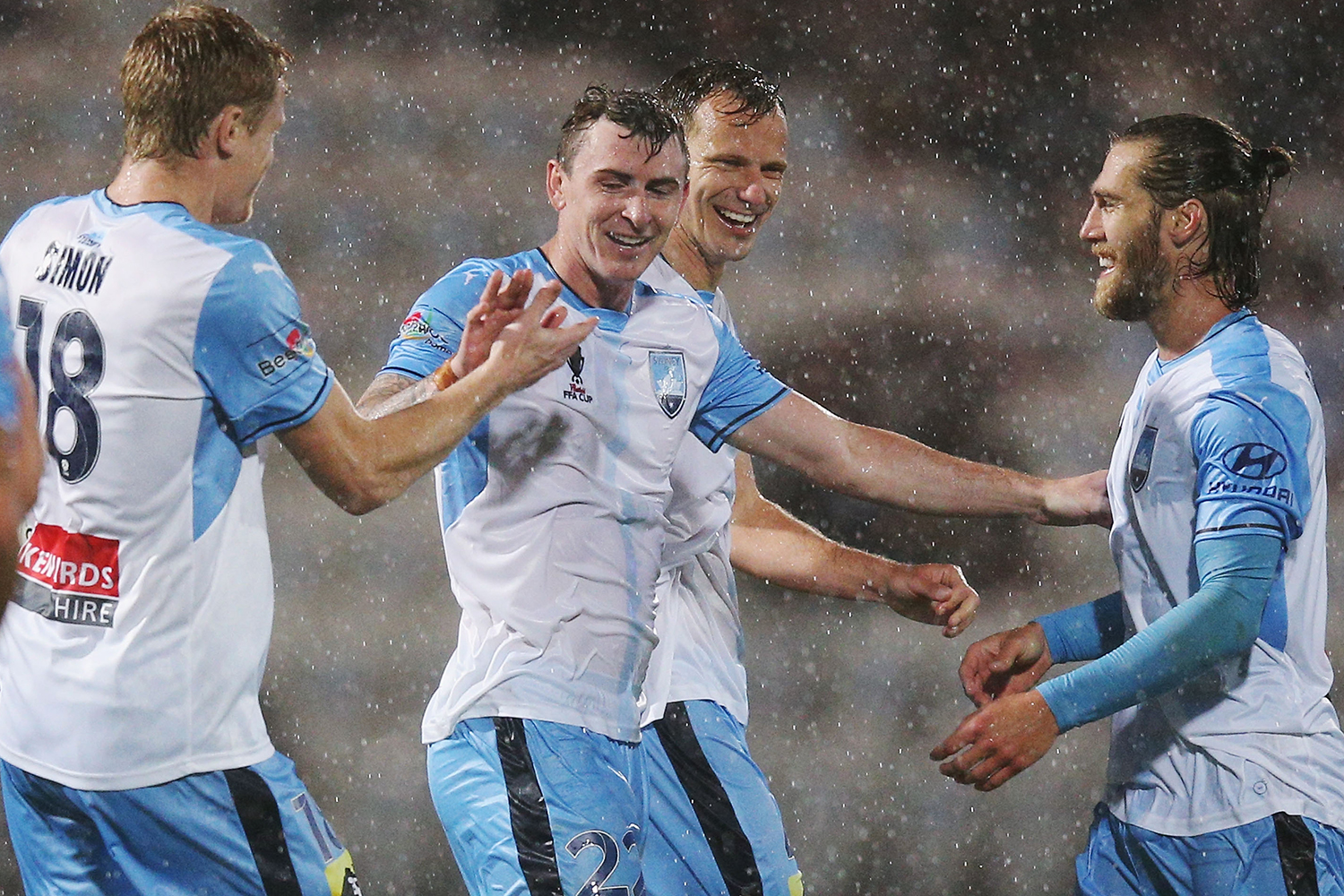 Check out the pick of the shots from Wednesday night’s FFA Cup Round of 32 win over Rockdale City Suns at the Ilinden Sports Centre.

Sydney FC have cemented their spot in the FFA Cup Round of 16 with a 4-2 victory over Rockdale City Suns in a high-scoring and exciting affair at Ilinden Sports Centre.

The Suns hit the lead early on with a long-range effort after which the Sky Blues took control of the game.

A stunning volley on the half-hour mark from Daniel De Silva levelled scores before two goals from Warland and Brosque early in the second stanza put the Sky Blues firmly in control.

The skipper added a second goal to his tally just after the hour mark as the Sky Blues showed their true colours.

A consolation goal from Alameddine with a quarter of an hour to go gave the home fans something to cheer about, but it was Sydney FC’s night giving Steve Corica his first competitive victory as Head Coach.