It’s Play Football round in the Hyundai A-League, and for Sydney FC’s Max Burgess, playing football as a youngster with Easts FC was all about friendship.

Coming through Easts as a five year old, Burgess returned to the Queens Park fields on Wednesday with nothing but fond memories for the club he spent his formative years at, as he encouraged more juniors to take up the sport.

“It’s brilliant to come back to Queens Park and see some of the kids in the Easts jerseys,” he said.

“I started playing here at Easts when I was five. We’d all finish school, come down, have a couple of sessions each week.

“We all bonded as friends here at Queens Park, it was great. I just have really fond memories.

“I’d say the oranges at half time cut up and the winning a couple of gala days with my friends are the great memories that stand out for me.

“There’s a big community feel to the club,” he continued.

“There was really good people and good coaches around the club and I only have positive things to say about the club.

“[Kids should play football because] it’s just so much fun.

“A lot of my great friends that I still have today came from my local club and there’s always that hope and potential that you can make a profession out of it one day.” 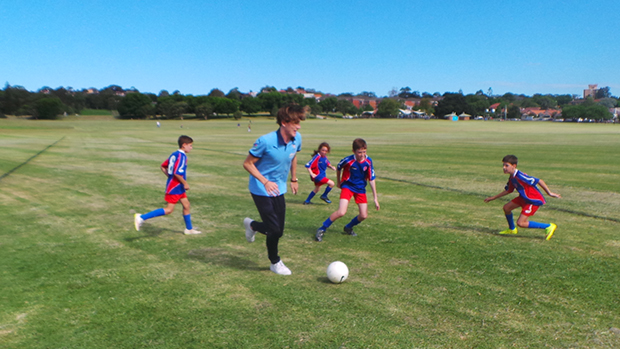 “Like any community club we should be a feeder to representative levels,” he said.

“The best thing about being involved with Easts is just getting kids doing team based sports. To do it where you can build friendships over time is wonderful.”

This weekend is Hyundai A-League Play Football Round. The 2016 grassroots season has just started, and there are so many reasons to get involved in playing football. Join the game today as a player, coach, or referee by registering at myfootballclub.com.au