Sydney FC have the chance to exact a healthy dose of revenge on Melbourne Victory in Sunday’s Hyundai A-League Finals Semi-Final, but it is not going to come easy.

The Sky Blues will be keen to avenge that 2017/18 Semi-Final defeat – and here’s what they need to do to in order to secure a fifth Hyundai A-League Grand Final berth.

Draw on the experience Wellington lacked

But Kevin Muscat’s side ultimately proved far too streetwise for their more inexperienced opponents, biding their time and punishing Phoenix brutally when the mistakes arrived.

Sydney FC are more accustomed to the furnace that is high-pressure football. It is a stage on which players like Rhyan Grant, Alex Wilkinson, Milos Ninkovic and Adam Le Fondre have shown they can thrive, not wilt. 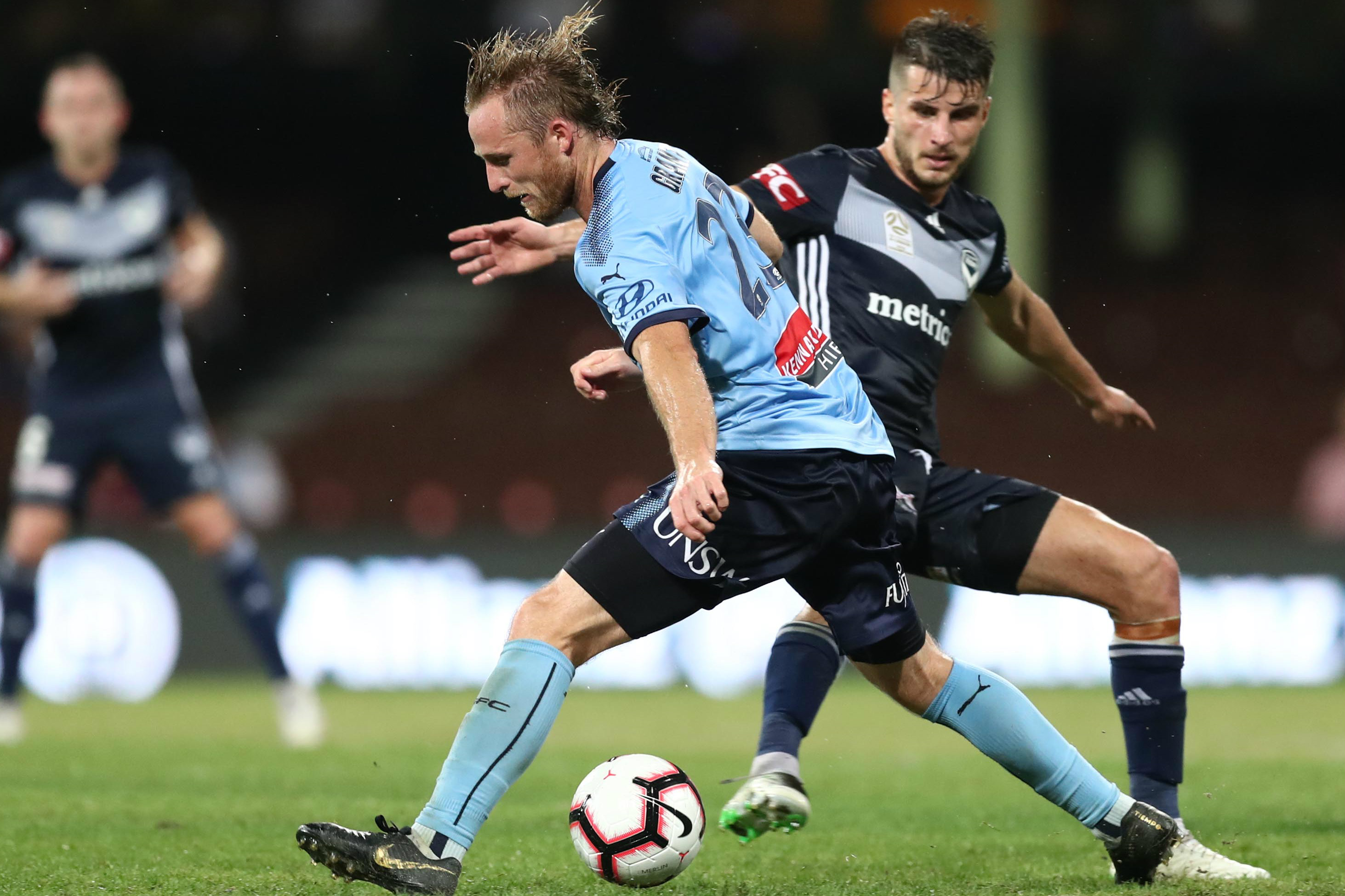 Although Sydney FC are masters of finals football in contrast to Victory’s last opponents, avoiding errors is no less critical.

Head Coach Steve Corica’s men have learned just how ruthless the reigning Champions can be in capitalising on mistakes twice already this season, with 2-1 defeats to Victory in November and January.

On those occasions, two notable defensive lapses were seized on: first by Keisuke Honda in Kogarah, who converted a match-winning penalty after a foul by Dutch defender Jop van der Linden.

In the second meeting between the teams, a rapid Victory counter exposed Sydney FC midfielders Josh Brillante and Brandon O’Neill, with the duo combining to fell James Troisi in a dangerous position outside the box. Ola Toivonen converted the resulting free-kick.

Toivonen and Kosta Barbarouses have a brilliant understanding of each other’s attacking roles, and opposition defences have struggled to get the better of it this season.

Swedish veteran Toivonen cuts an imposing figure, but it is the supreme intelligence of his movement – rather than pure physicality – that has consistently allowed Barbarouses space to exploit this season. The Kiwi has racked up a personal record 15 goals as a result.

It means Sydney FC defenders must be aware of Toivonen’s ability to drift into wide areas and the darting runs of Barbarouses in behind. They coped well in the most recent meeting between the two clubs, a 2-1 win for Sydney FC in April.

The Japanese playmaker has not been asserting his dominance on matches quite as effectively in recent weeks as he did in the earlier part of the season.

But negating his influence could yet be the biggest factor in Sydney FC getting over the line.

To this end, Corica’s side have excelled in their two dates with the former CSKA Moscow and AC Milan star this season – with Honda creating just one chance across those two occasions.