Sydney FC’s undefeated run at Allianz Stadium continued last Friday with a two nil win over Perth in Round 4 of season 2017/18.

It’s been 18 months since the Sky Blues last tasted defeat at home, with the impressive undefeated record at Allianz Stadium standing since April 2 2016.

Going the entire 2016/17 season undefeated at home, and carrying that into the title defending 2017/18 season, Allianz Stadium has been fondly dubbed the ‘Fortress’ by Head Coach Graham Arnold.

“It’s our backyard, it’s where we live and its where we feel at home. Our fans are fantastic and when they turn up they’re our extra player.”

Check out five of the best matches at home during our undefeated streak.

Setting the tone for the season ahead, Sydney FC opened the 2016/17 season at home with a dominant and impressive four nil demolition of the Central Coast Mariners.

Backing up from the Round 1 ‘Demolition Derby’ the week before, it was the third consecutive A-League match that the Sky Blues had scored four unanswered goals in , paving the way for an historic, record breaking year. 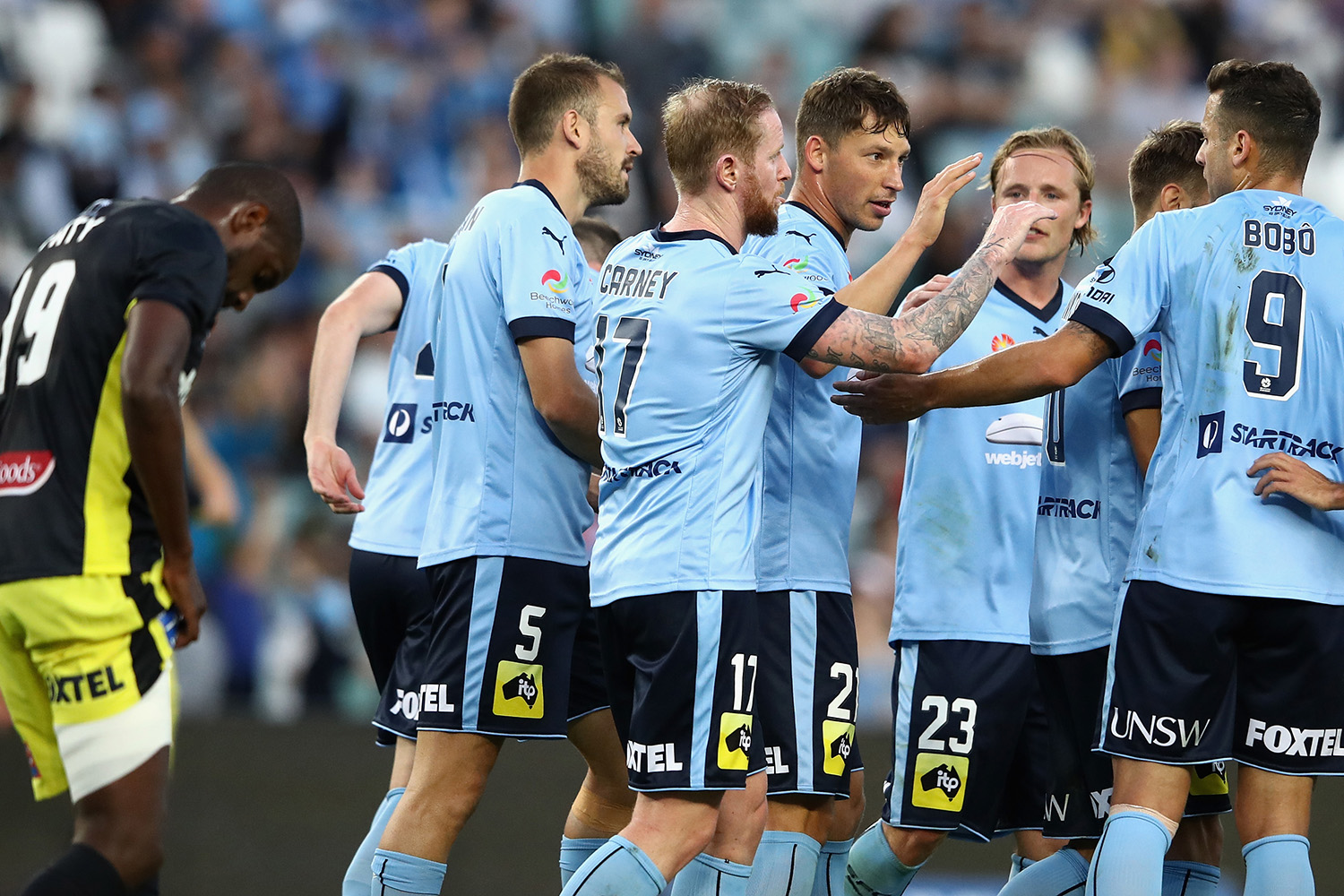 The first major test of the season arrived in November as Melbourne came to Allianz looking to break a four match Sky Blues’ winning streak.

Mitch Austin gave the Victorians the lead in the first half but it was David Carney who had the last laugh as a second half brace ensured the Sky Blues opened the season with five wins from five. 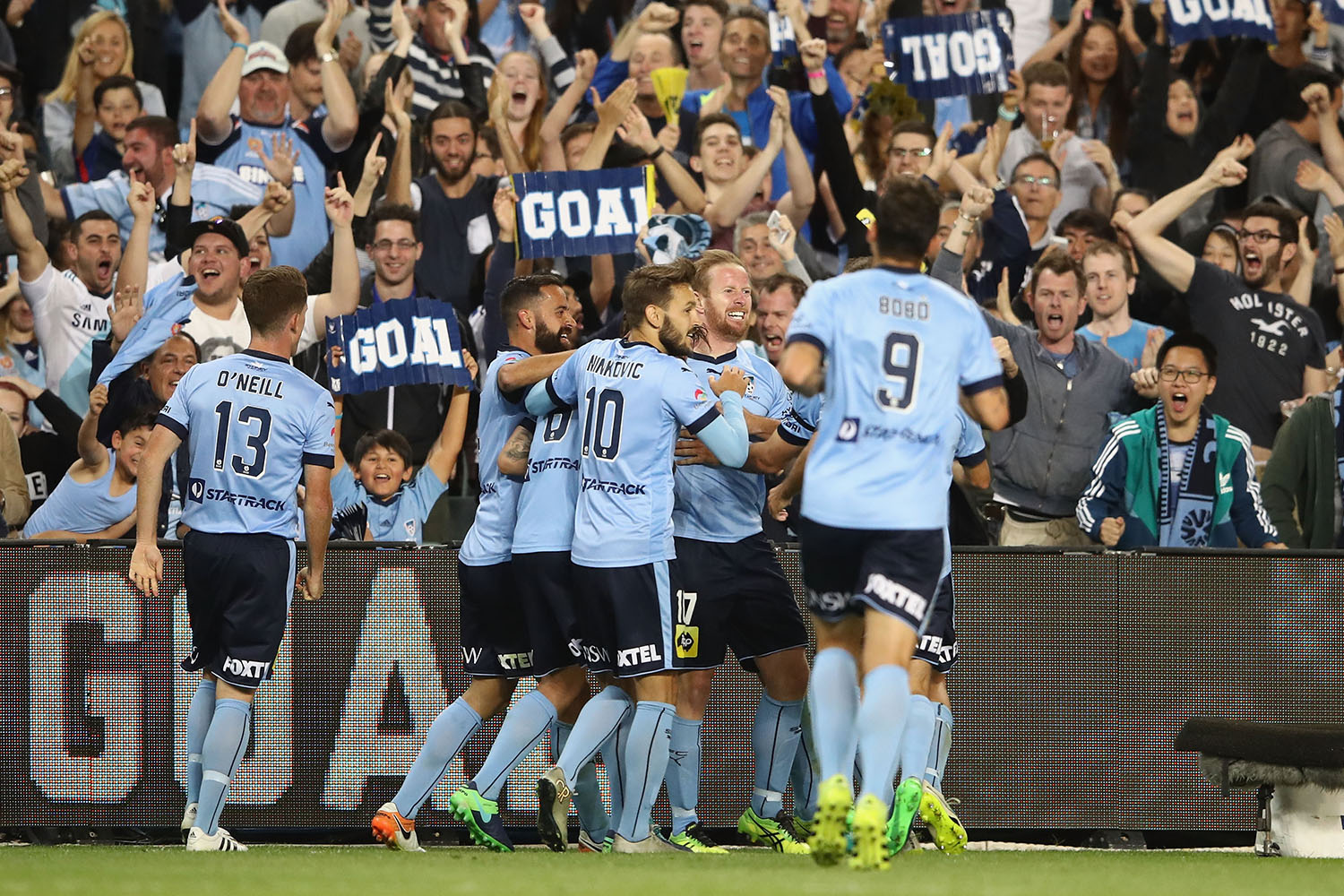 BOBÔ PUTS ONE HAND ON PREMIERSHIP

With Melbourne our only real challengers for the Hyundai A-League Premiership, the third Big Blue of the season was always looming as a must win clash.

On a rain soaked Allianz pitch it was Bobô who sealed the three points as he struck early in the second half to put one hand on the Premiers Plate.

Besart Berisha missed a golden chance to rescue a point as he blazed over the bar when well placed to all but seal first place for the Sky Blues. 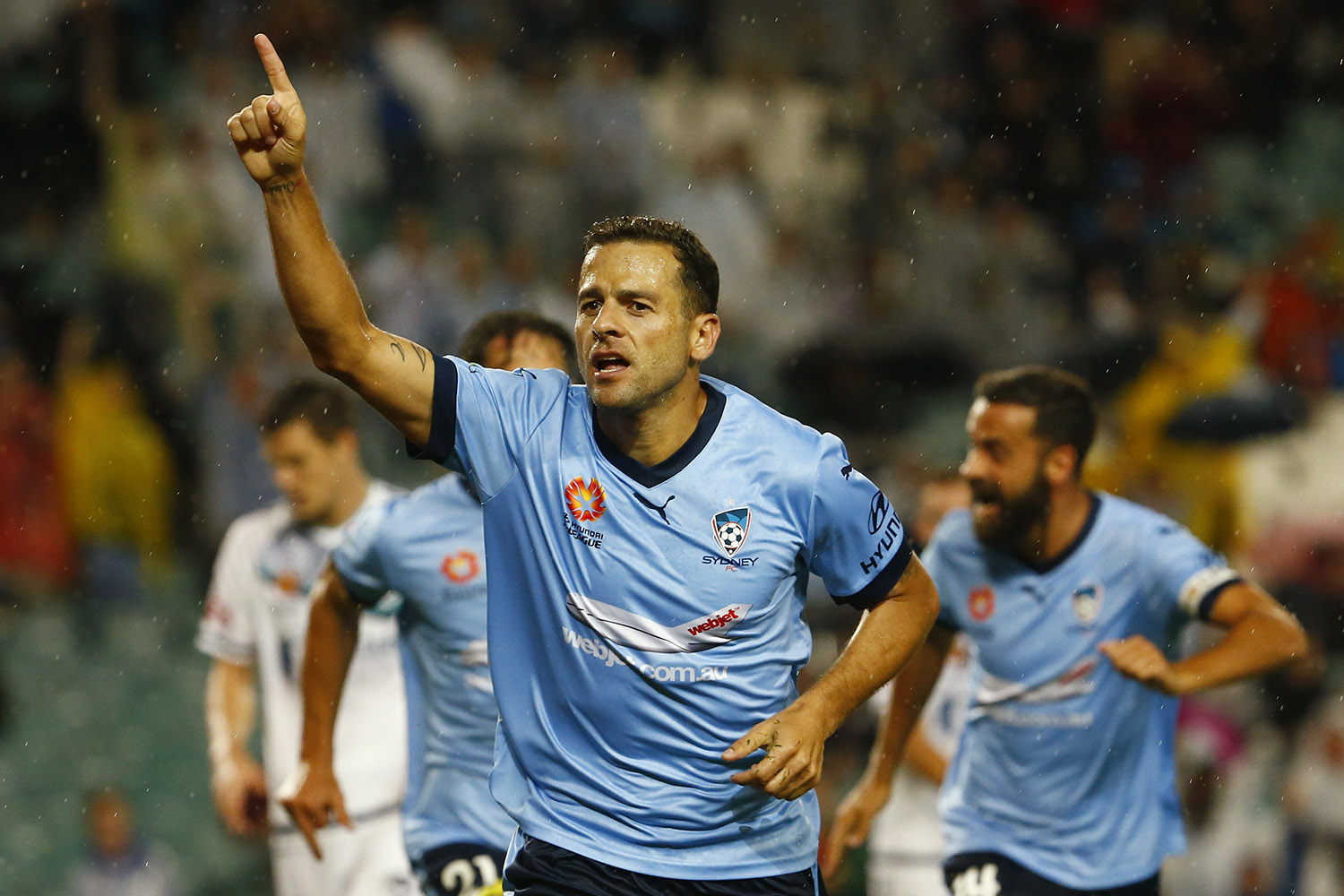 Having claimed the A-League Premiership the week before, the Sky Blues could be excused for taking their foot off the pedal leading into the Finals Series.

That wasn’t the case however, as Head Coach Graham Arnold’s men stepped up a gear and easily accounted for the riches of Melbourne City to set a new record for wins in an A-League season (19) and most clean sheets in a season (15). 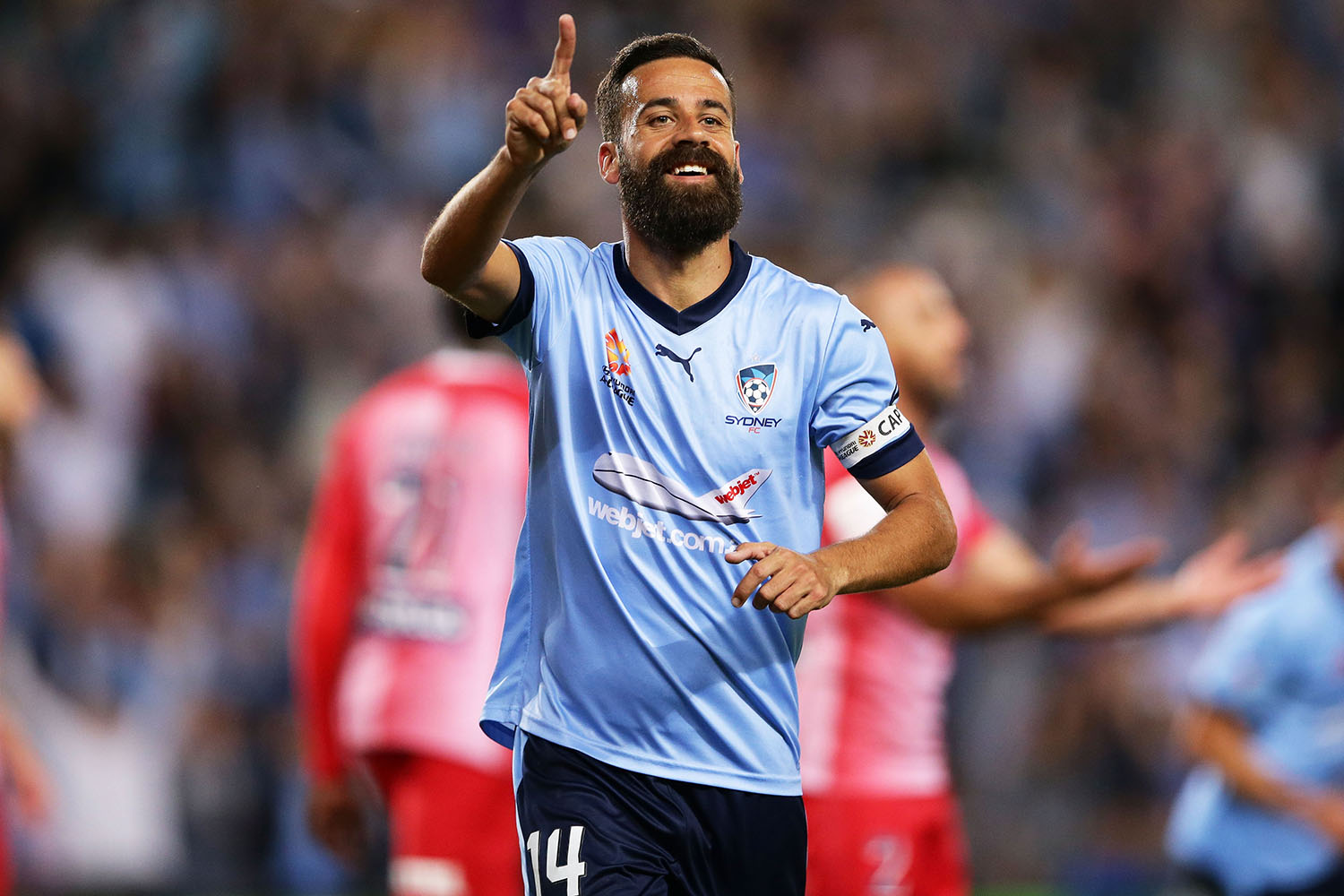 Sydney FC laid claim to being the greatest team in Australian football history as they smashed the Hyundai A-League points record by accounting for the Newcastle Jets two nil in the final round of season 2017/18.

The win, courtesy of strikes to Milos Ninkovic and Alex Brosque, saw the Sky Blues amass 66 points from a possible 80 to eclipse Brisbane Roar’s 65 point haul in a 30 game season, to set the Sky Blues on the road to the Hyundai A-League Championship the following month. 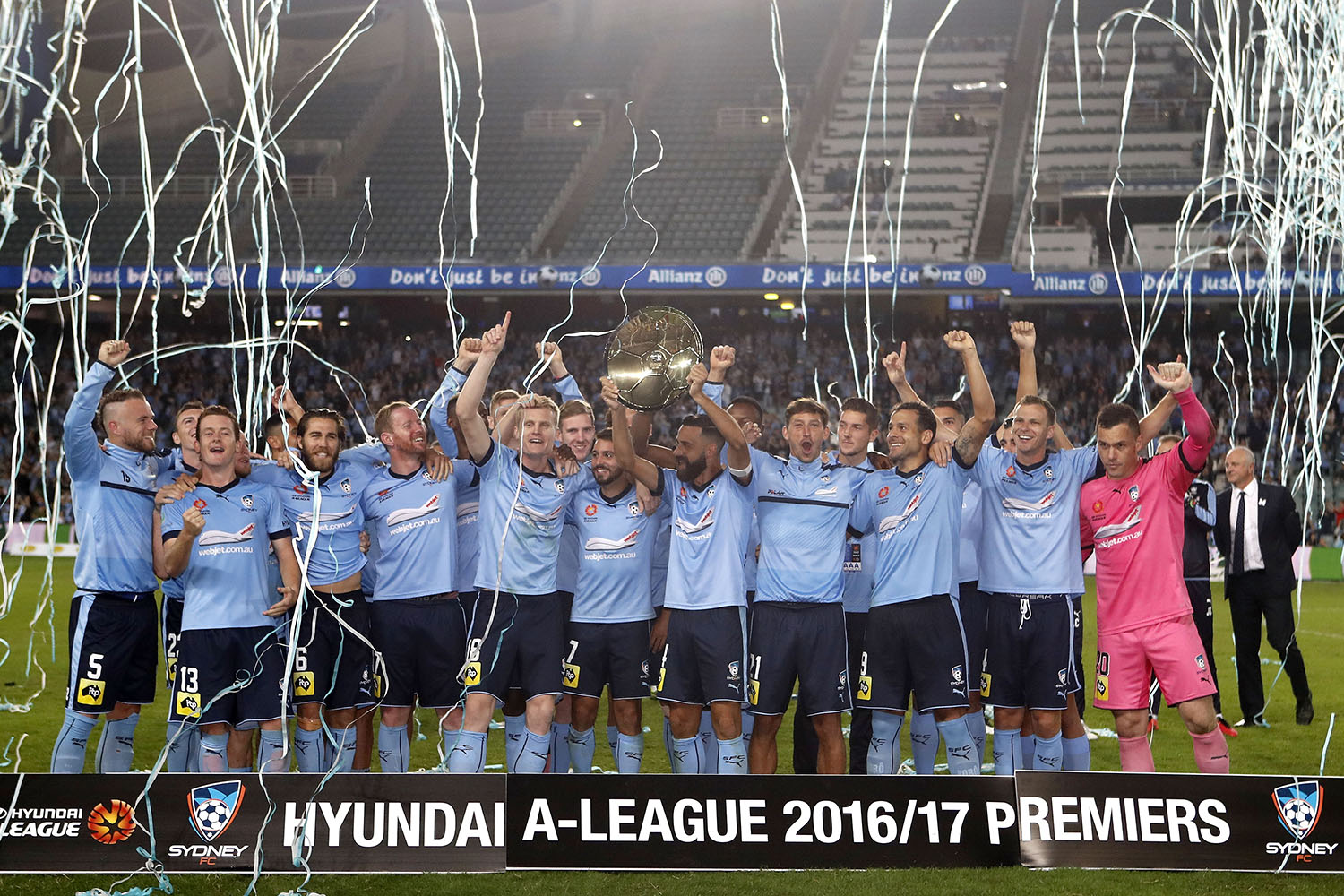