Just like Sam Kerr has made herself the talisman of Perth Glory, it seems Caitlin Foord is pushing her case for being Sydney FC’s go-to player.

Just like Kerr has made herself the talisman of Perth Glory, it seems Caitlin Foord is pushing her case for being Sydney FC’s go-to player.

Of course, that is not to discredit the rest of the squad which oozes with quality and class.

But, in the past few weeks, Foord has risen head and shoulders above the pack to stake a claim as the Sky Blues’ most reliable player.

Foord’s first touch in the 32nd minute opened up a seemingly non-existent space, giving her just enough room to rocket her shot past Mackenzie Arnold.

“This season, not only myself but the whole team, we’ve been really building into it. We had a bit of a rocky start but I think that definitely shows character where this team has come from.

“We can still be better, we’ve got one more game to show that and we’ll just keep building this week, focus on ourselves and looking forward to Saturday.

“I think if we’re at our best with the players we have we can beat anyone on our day. We’ve got one more game, we definitely want to put on a show, show what we’re made of and we’re looking forward to it.” 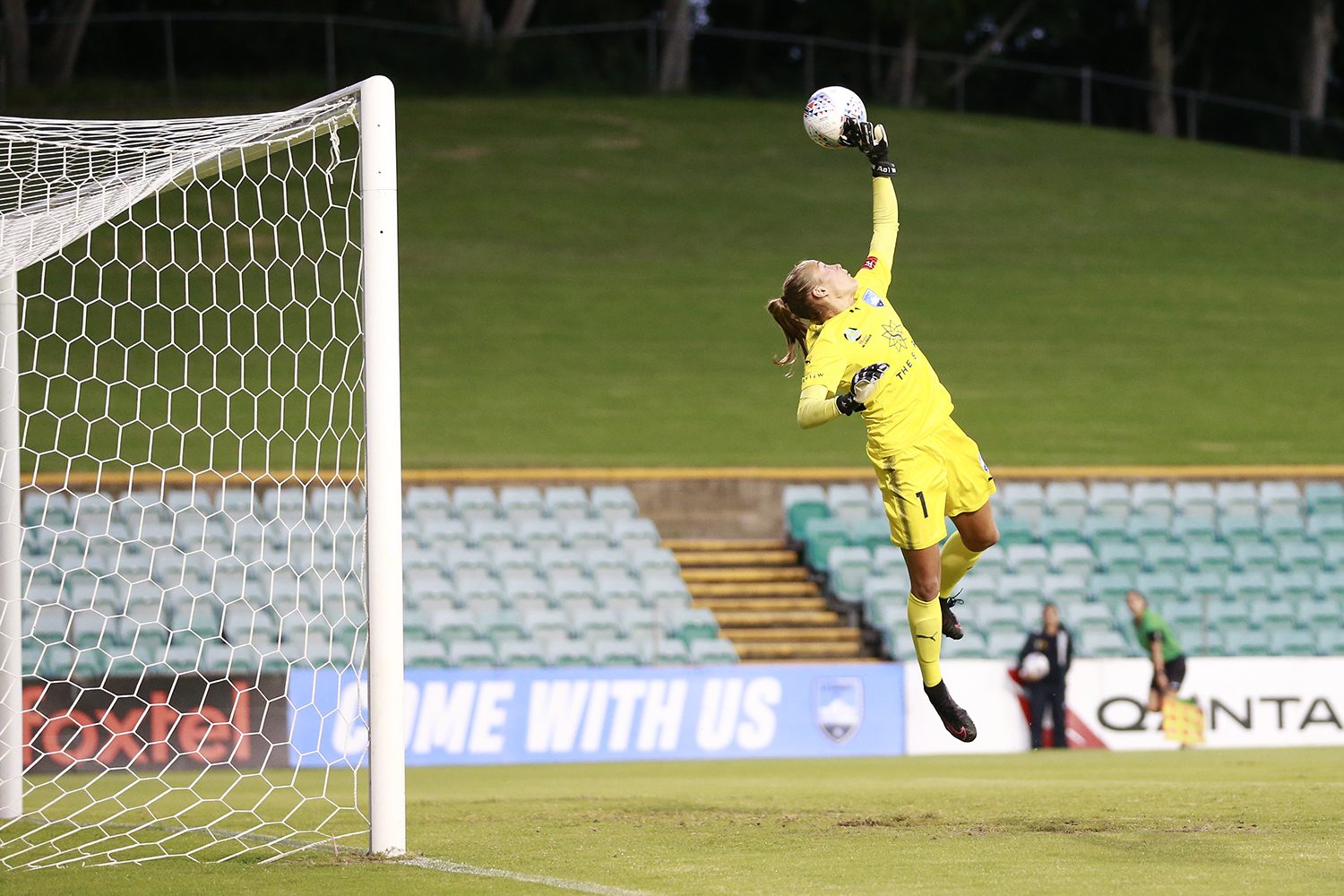 Meanwhile at the other end of the field, special credit must go to Sydney FC goalkeeper Aubrey Bledsoe who pulled off an incredible save in the second half against Brisbane Roar.

Nagasato, a FIFA Women’s World Cup winner, was in on goal with only Bledsoe to beat.

However, Bledsoe closed down the angle and stood tall to deny Nagasato in sensational fashion, parrying the ball away and keeping Sydney FC in front.

That save would prove a turning point in the game — three minutes later, Sofia Huerta let fly from inside the box to double Sydney’s lead, making Bledsoe’s save all the more crucial.

Bledsoe had a game to remember for the Sky Blues, making four saves and claiming one cross in a commanding performance.