Five of Sydney FC’s stars for the Westfield W-League 2018/19 season have been selected by Westfield Matildas Head Coach Alen Stajcic in an 18-player squad for Australia’s forthcoming two-match European tour.

Lisa De Vanna, Chloe Logarzo, Caitlin Foord, Princess Ibini and Amy Sayer have all been called up for the October games that will take place only weeks before the Westfield W-League 2018/19 season gets underway, in perfect match preparation for the year ahead.

Stajcic’s side will take on France in Saint-Etienne and England in London in early October.

The squad is headlined by Lisa De Vanna, who is set to earn her 141st international cap and will be looking to add to her impressive tally of 45 international goals, alongside Clare Polkinghorne, who may join Joanne Peters on 110 caps, and Elise Kellond-Knight, who could become just the seventh Westfield Matilda to feature in 100 international matches.

The Westfield Matildas coach said the squad will be missing some senior players in Europe, and therefore the camp will provide some of Australia’s emerging national team players with invaluable experience ahead of next year’s FIFA Women’s World Cup. 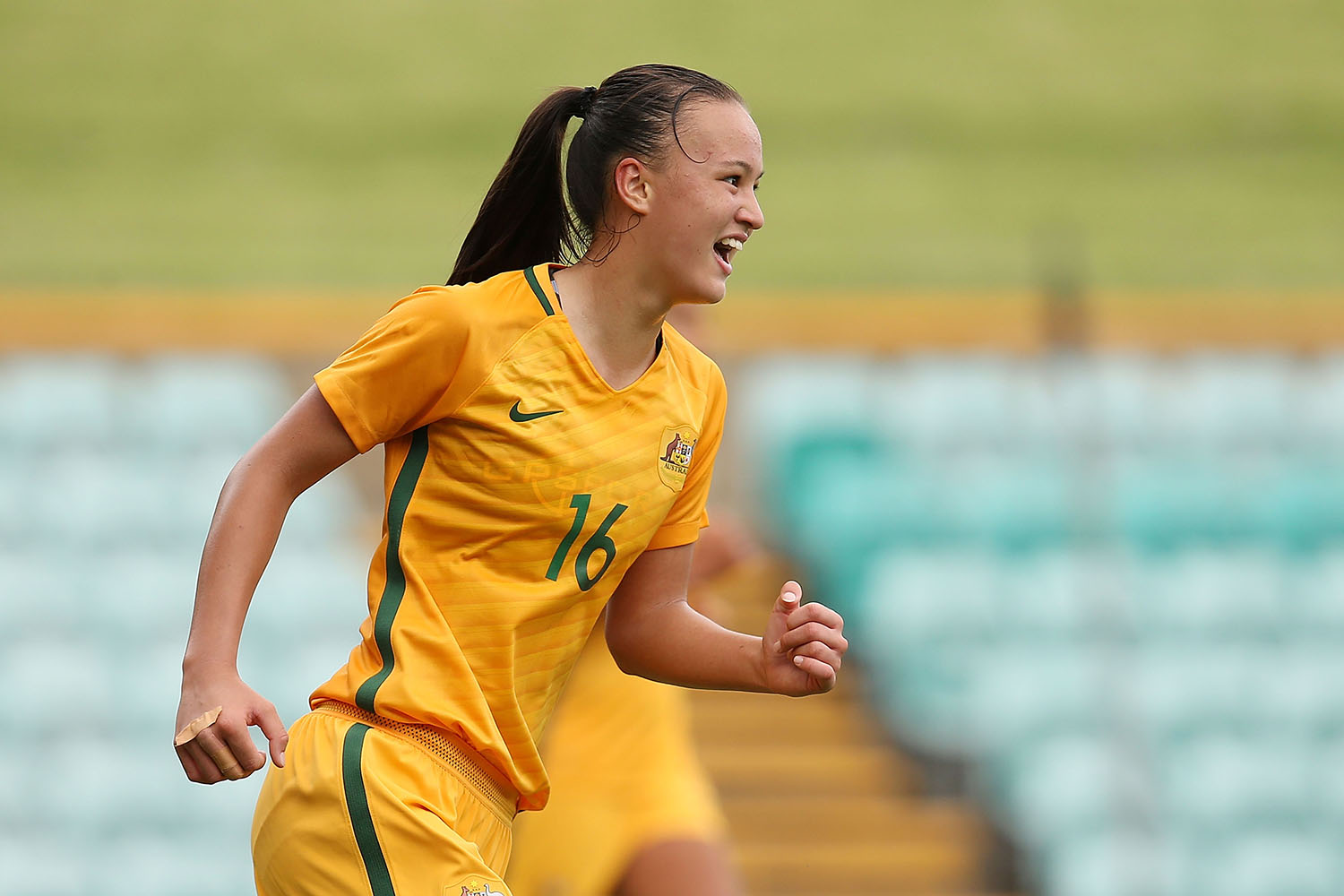 “I am excited by the opportunity we have to develop the depth within our team during next month’s camp and am confident that this squad has the ability to challenge France in Saint-Etienne, and the Lionesses in London,” Stajcic said.

“With some established Matildas not available for selection, our October matches will give us a great opportunity to test other players in what will be a challenging environment.

“Our next camp will also give the players, as well as our staff, the opportunity to prepare for various situations and challenges that may arise during next year’s World Cup.

“October represents an important period for the Westfield Matildas as we continue our progress towards next year’s FIFA Women’s World Cup, as well as November’s home matches against Chile in Penrith and Newcastle,” he said.

Eighteen year-old Western Sydney Wanderers goalkeeper Jada Mathyssen-Whyman could make her senior international debut during the two-match tour, while Princess Ibini (three caps), Amy Sayer (one cap), and Mary Fowler (one cap) are amongst some of the emerging Matildas who will gain some valuable game time against strong opposition at international level.

The Westfield Matildas’ October friendlies will be broadcast LIVE in Australia on FOX SPORTS, SBS TV, and via the My Football Live App.