Sydney FC’s new home ground, the Sydney Football Stadium (SFS) has passed a major milestone, with the installation of the first seats bringing the stadium to life.

Minister for Sport Natalie Ward said the new stadium has been designed for Sydney FC’s Members and fans to have the best game day experience possible.

VIDEO: Take A Tour Of The Stadium

“The highly-anticipated new SFS is really starting to come to life before our eyes and it’s so exciting to start to see what fans will experience when they fill the stands,” Mrs Ward said.

“Sports lovers are in for a real treat, with all 42,500 seats designed to be as close as possible to the field of play with amazing views.

“Around 900 seats have just been installed, completing three bays in the middle tier of the southern stand, with all seats expected to be in by the middle of next year.”

Sydney FC Chief Executive Officer Danny Townsend is excited by the progress being made.

“It’s fantastic to see things starting to take shape. Each time another piece of the infrastructure or architecture appears it gets your blood pumping in anticipation.

“Watching the transformation of the stadium in the year ahead is going to be incredibly exciting for everyone involved, including our Members and fans.” 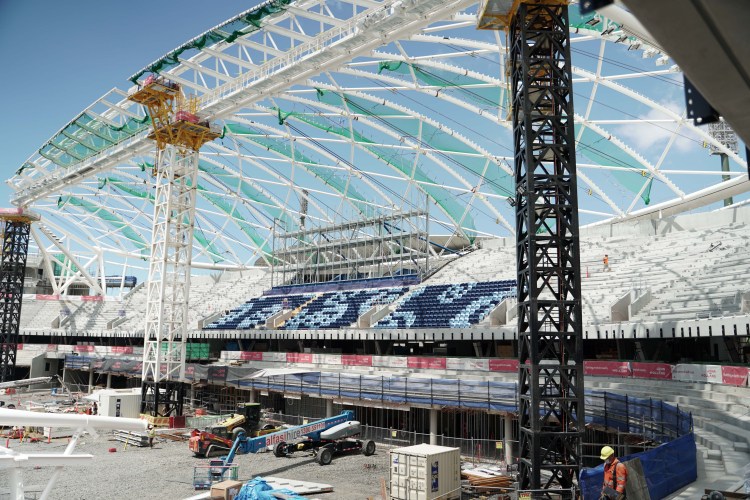 The seat design has been created by award-winning Indigenous artist Tony Albert, with the theme “Two Worlds Colliding – Water and Land” telling a story about place and country, while providing a nod to the contest of two competing teams.

“This state-of the-art stadium will be a world-class drawcard for visitors far and wide, providing a boost to the economy and building on Sydney’s strong entertainment and sporting culture,” Mrs Ward continued.

The new SFS will include an open concourse with views of the field from a range of food and beverage outlets, and more amenities to minimise wait times. 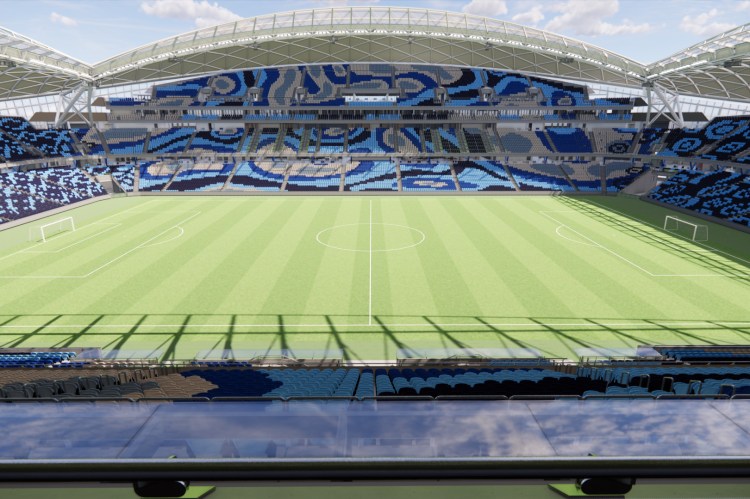 ”Around 1,100 workers are on site every day, with another 600 jobs to be created when the stadium is open.

“To further boost the local economy, about $300 million worth of contracts have been awarded to NSW-based suppliers and contractors, including steel manufacturing for the roof elements and a turf farm in western Sydney for the pitch.”

Sydney FC’s first game in the new stadium is expected to take place in just under a year from now.

Sydney FC 2021-22 season Members will get first choice of seating in the new stadium.