FFA Cup Final 2018 Preview: Sky Blues Looking To Go Back To Back

Nearly a year on from Sydney FC’s 2-1 win over Adelaide United in the FFA Cup Final 2017, the two teams are primed and ready to do it all again.

The Sky Blues and Reds are set to meet on Tuesday evening (7.30pm AEDT kick-off) for what should be an enthralling contest at Coopers Stadium.

There’s plenty for both teams to consider as kick-off draws nearer – and here’s our full preview of the big match.

It was only recently the two sides met, in Round 1 of the Hyundai A-League 2018/19 season.

A dogged display by the Reds nullified Sydney FC’s rhythm, however the Sky Blues’ resilience meant they were always leaving that contest with at least a point.

Sydney FC will know they must step it up a notch from that meeting a fortnight ago, but Head Coach Steve Corica’s side should enter the clash confident after their Sydney Derby win over Western Sydney Wanderers on the weekend. 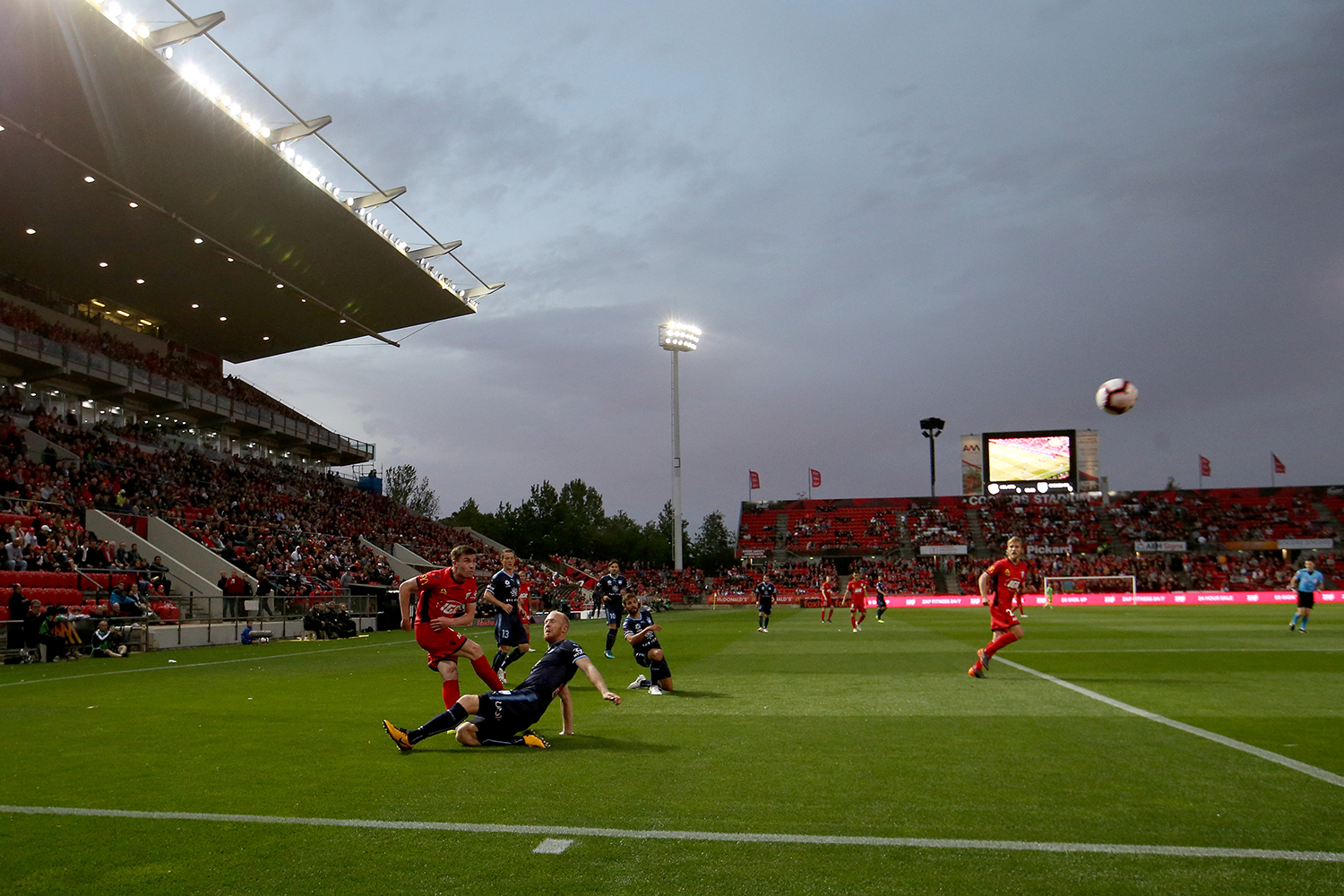 After commencing their league campaign with a 1-1 draw against the Sky Blues in Hyundai A-League Round 1, the Reds chalked up the same scoreline against Newcastle Jets on Friday.

Craig Goodwin’s header made the difference for the Reds, who had gone behind to Ronny Vargas’ close range finish.

“Having in mind the Cup game on Tuesday we took a few players off to get them ready for that.

“He’ll be involved, Danny [De Silva]. He’s looking good at training and I’m looking forward to having him back.”

.@SydneyFC's Daniel De Silva fired this shot home in the @FFACup Round of 32.

Who will score a goal like this in the @FFACup final?

The Serbian play-maker looked back to his best at the Sydney Cricket Ground and should hold the keys to unlocking Adelaide’s defence.

Adam Le Fondre will also prove crucial. The English striker was an isolated figure for most of Sydney’s Round 1 meeting with Adelaide but ruthlessly dispatched the one chance that fell his way.

After finding the back of the net against the Wanderers, the 31-year-old has now scored a goal in every game for his new club.