Sydney FC has secured the Hyundai A-League 2016/17 Premiers Plate after Brisbane Roar FC defeated Melbourne Victory at Suncorp Stadium last night to give the Sky Blues an unassailable 11 point lead at the top of the table with three rounds to go.

“Sydney FC has been the form team of the Hyundai A-League 2016/17 Season and have led the competition since round one,” said Gallop.

“In winning the Premiership, Sydney FC has also earned the right to be one of the Australian Clubs to participate in the AFC Champions League 2018 competition.

“Credit goes to Sydney FC Head Coach Graham Arnold, his coaching staff, club captain Alex Brosque and all the players for their hard work and resilience to achieve this magnificent feat.

Although Sydney FC have claimed the Premiership, I am sure that they will now focus on the upcoming Hyundai A-League 2017 Finals Series and a potential Championship trophy, concluded Gallop. 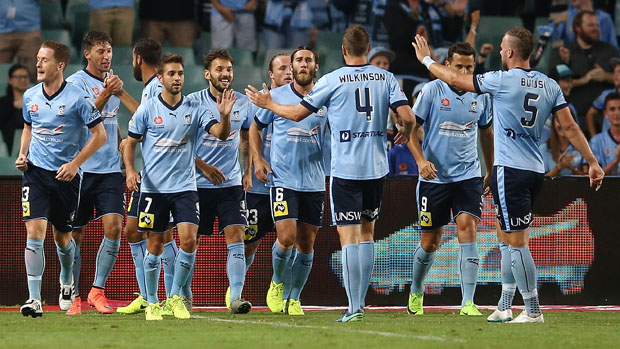 Following a request from Sydney FC, and in discussion with Fox Sports, FFA has agreed to present the Hyundai A-League 2016/17 Premiers Plate to Sydney FC at the conclusion of their Round 27 match against the Newcastle Jets at Allianz Stadium on Saturday 15 April.