Sydney FC Head Coach Graham Arnold has revealed it’s a fear of failure that is spurring on himself and his Sky Blue squad to their undefeated start to the Hyundai A-League 2016/17 season.

The Sky Blues remain six points clear at the top of the table, undefeated after 10 rounds, and Arnold said he expects that trend to continue on Saturday away against Perth Glory at nib Stadium (kick off 10pm AEDT).

“Everytime we go on the training pitch and every time we train it’s about winning the Championship,” Arnold said.

“The thing that drives me most is the fear of failure, I’ve never been one to accept low standards so to drive that every day is the reason I love this job so much.

“The intent is to win every game and we’re expecting to win on Saturday in Perth,” he continued.

“Our fitness levels are so high and we showed last week with 10 men that we can overpower and dominate teams with our aggression and physicality of our game. 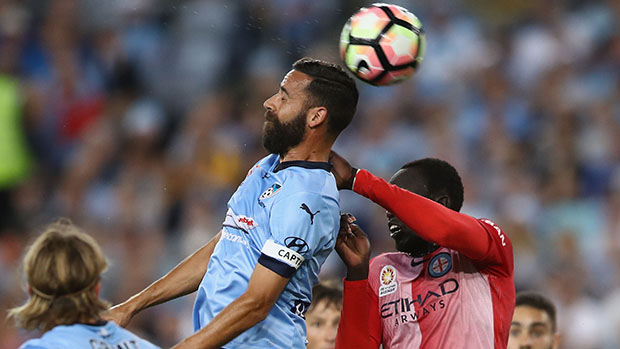 “I truly believe we’re only 65% of where we’ll end up and the last two games we’ve improved out of sight with the ball.

“Perth Glory is another challenge in the A-League. It’s a good trip across there, the pitch is going to be beautiful. It’ll be warm during the day but perfect conditions at 7pm so it’s a game we always look forward to playing.”

With suspensions to Josh Brillante and Matt Simon, Arnold said his selection dilemmas are slightly decreased to previous weeks, however he still has a vast array of attacking talent to choose from ahead of Saturday’s clash.

“With young Joshy out it helps with one of my headaches this week,” Arnold said.

“Brandon will come straight back in next to Dimitrijevic, and with Matty Simon not on the bench Carney’s back, he’s fit now after missing last week and George Blackwood who I left out of the squad last week who performed very well against Newcastle will come back in. 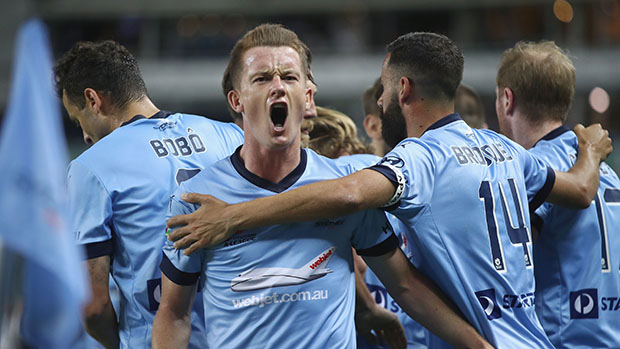 “It’s a decision I’ll make over the next 48 hours [whether Carney starts],” Arnold continued.

“We’ve got competition for places in those areas with young George, Carney, Bernie Ibini and Filip as well as Ninkovic.

“We’ve got enough variety that we can cover those positions but it’s good to have Carney back in the squad this week. He gives us a lot of creativity and x-factor whether he starts or comes off the bench.