Sydney FC have featured in nine Semi-Final outings across the 16 years of the A-League, and they’re gearing up for their 10th next Saturday at Netstrata Jubilee Stadium.

Sydney FC have featured in nine Semi-Final outings across the 16 years of the A-League, and they’re gearing up for their 10th next Saturday at Netstrata Jubilee Stadium.

The Sky Blues boast a squad well versed in Finals Series football, so we quizzed a few of the boys to get their favourite Sydney FC Semi-Final moments.

There’s no guesses for the standout match from all those years of Finals Series wins, as the Sky Blues prepare to return to Kogarah on Saturday 19th June.

Alex Wilkinson: “I think my favourite Semi-Final would have to be the 6-1 Melbourne Victory game at Kogarah. It was a huge win, our biggest ever against Melbourne who are one of our biggest rivals, and to do it in a Semi-Final made it pretty special. It gave us confidence heading into the Grand Final and ending up winning that.”

Bobô: “It’s hard to remember as I haven’t played in one for a while, but I remember when we beat Perth Glory 3-0. It was a good win for us, we played with high pressure, scored early and controlled the game.” 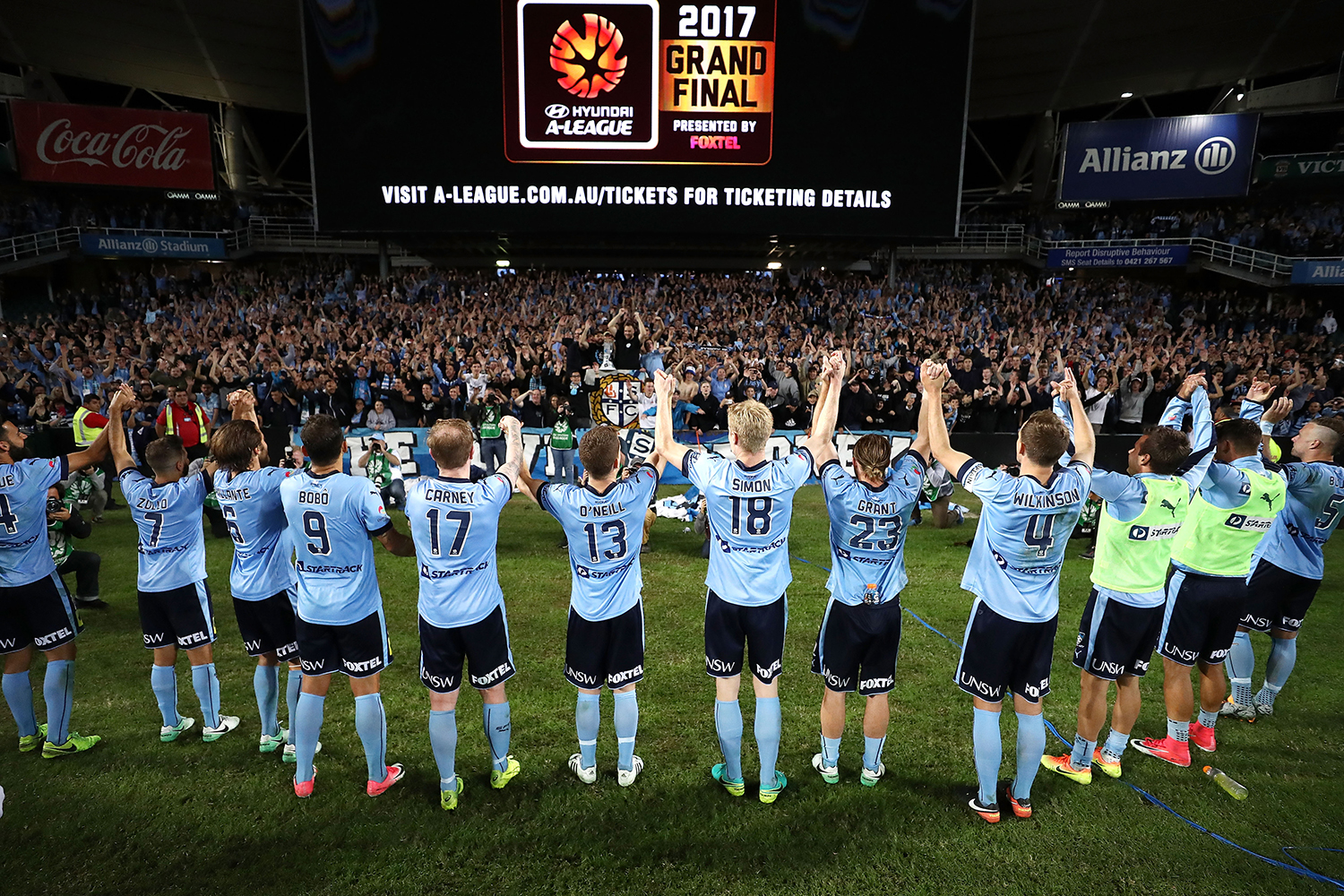 Michael Zullo: “My favourite Semi-Final moment was definitely beating Melbourne Victory at home 6-1. The history and the rivalry between our two clubs is massive, they had a really strong team at the time and to just so convincingly win and qualify for another Grand Final was an amazing feeling.”

Paulo Retre: “Mine would have to be the Melbourne Victory home game we won 6-1. We had an all round good performance and it was a great result for our Members and fans. It was a really good experience, we took that win and it gave us a lot of confidence to go on and win the Grand Final in Perth.”

Sydney FC are in Semi-Final action at Netstrata Jubilee Stadium on Saturday 19th June, opponent TBC. Tickets are selling fast, with over 50% sold already! Get in quick and book your seats now.