Taking on his former club, next Wednesday’s Westfield FFA Cup Round of 32 clash against Sydney FC is a return of the familiar for Wollongong Wolves Head Coach Jacob Timpano.

Timpano spent four years at the Sky Blues, winning the Oceania Club Championship and Hyundai A-League Championship during his spell there, and will welcome not only his old team but former coaches and teammates to his home of WIN Stadium for the televised match of the round.

“I was there at day one. Sydney FC opened its doors [for me] as one of the inaugural players so I’ve got a lot of special memories.

“It’s a club that’s close to me, so it’s exciting coming up against my former club and to coach against Arnie who I had in the Olyroos and Bimbi [Steve Corica] who’s a good mate and ex-teammate of mine. It’s something I’m looking forward to.”

Familiar with the Sky Blues’ staff, Timpano said niceties between himself, McFlynn and Corica would continue right up until kick off.

“Terry was at the draw so I had a chat to him about it [the game] and I’ve caught up with Bimbi the last two weekends because he’s come out to watch our games,” he said.

“It’s not just two ex-teammates but guys that I still keep in contact with so it’ll be an interesting one.

“Come game time we’re both there to win and being underdogs it’s a big ask but we’ll be putting our best foot forward and doing our best on the night.”

While the Sky Blues are in pre-season and the Wolves are nearing the end of their PlayStation 4 NPL 1 NSW Men’s season, Timpano said he’s expecting a lively affair in front of what he’s expecting to be a substantial crowd.

“The last FFA Cup we drew Central Coast Mariners, there was a fair crowd there probably six or seven thousand [for that],” he said.

“Playing Sydney, obviously a bigger club, more Sydney FC supporters down in Wollongong as well, there’s been a lot of attention about the game, local media, everyone in football has been talking about it.

“With the exposure that comes with playing Sydney FC I think hopefully it’s a nice night down here and I’m sure we’ll get a fair crowd out at WIN Stadium showing support for both teams.

“Sydney are in pre-season but this is their first competitive fixture so I’m expecting, with the signings Arnie has made, it’s obviously going to be a very tough contest for us,” he continued.

“We haven’t had a great NPL season so hopefully this will be a game where we can turn things around a bit as well.  I’m expecting a quality Sydney FC team to show up and it’s going to be very difficult for us but we’ll give it a good crack.” 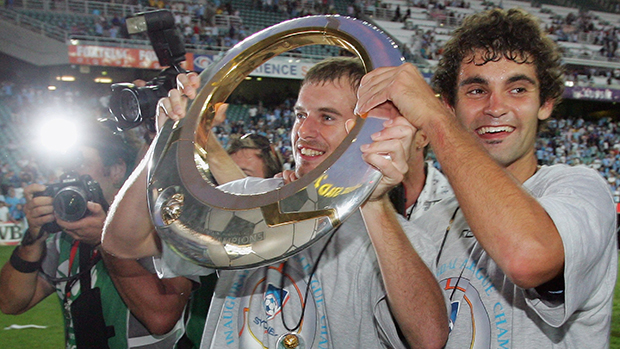 Sydney FC take on Wollongong Wolves in the Westfield FFA Cup Round of 32 at WIN Stadium, Wollongong on Wednesday 10 August (kick off 7:30pm). Catch the match live on Fox Sports or follow @Sydney FC on Twitter for updates.