Sydney FC has taken a huge step towards qualification for the AFC Champions League round of 16 following a clinical and resounding 4-1 win away to Suwon Bluewings in Korea.

The Sky Blues took the lead courtesy of beautifully chipped effort from Ninkovic but Suwon’s main man Damjanovic cancelled out the opener immediately to draw the Korean’s level.

However Brosque restored the lead before the half-time break with a header from a left wing free kick.

Suwon pressed forward in the second half but a resolute Sydney FC defence held firm and Redmayne made a number of crucial saves.

As the home side pushed for the equaliser, the Sky Blues took the opportunity to break, with late goals from Mierzejewski and Bobô securing the 4-1 win.,

The result is the Sky Blues’ best in the continental competition and sets up a blockbuster encounter for the last game at home to Shanghai Shenhua.

A win and a failure for Suwon to beat Kashima Antlers will ensure the Sky Blues move through to the round of 16. 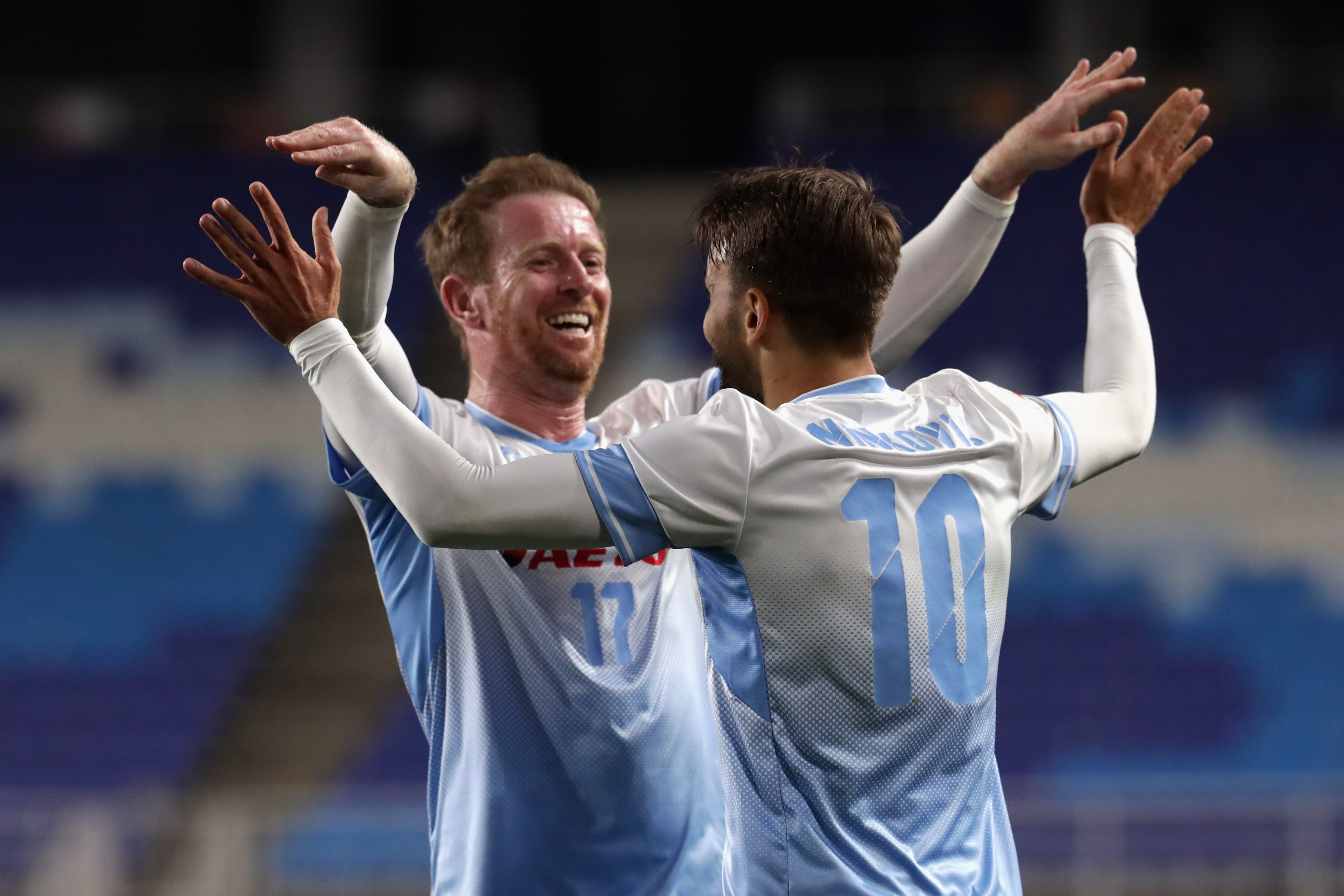 Adrian Mierzejewski: “It was a very hard game for us but we took our chance.

“It was a very important to get the three points and we look forward to the next game.”

Graham Arnold: “Tonight was a great performance and we look forward to playing our last game against Shanghai at home.

“We focus on ourselves. Most important thing is to get the tactics right and to make sure our players are fresh. We played on Thursday and we were in great shape.

“We feel we are up there with any team in the Asian Champions League and we will look to get the same result in our last group game.”

23’ NINKOVIC ON THE BREAK – A lighting quick transition from the Sky Blues leads to Mierzejewski playing Ninkovic in behind for the Serbian to delicately chip the keeper.

24’ GOAL DAMJANOVIC – Right from the kick-off, Suwon strike back as a deflection in the box falls the way of the deadly striker for a simple finish.

31’ BROSQUE HEADS HOME – Retre out-does his opposite number to earn a freekick near the left-hand touchline. Mierzejewski whips a ball in near post for the Sky Blues captain to head his side in front.

79’ MIERZEJEWSKI ONE ON ONE – Another swift counter attack sees the ball shift from right to left to have Mierzejewski one-on-one with the keeper. The Pole calmly rounds the keeper and slots home from an acute angle.

90+1’ BOBÔ OFF THE BENCH – Zuvela holds off a strong challenge brilliantly to hit a perfect through ball for the late substitute to be one-on-one with the keeper. The Brazilian shows his composure slotting between the legs of the keeper to complete the resounding win.

13’ FIRST CHANCE FOR WAGUININHO – The ball is lofted into the Sky Blues 18-yard box and eventually finds Waguininho with his near post volley being dealt with by Redmayne.

34’ GOAL SAVING TACKLE WARLAND – Waguininho is played in and looks certain to equalise with the scores at 2-1 until Warland’s perfectly timed tackle quells the danger for the Sky Blues.

37’ GREAT SAVE REDMAYNE – A dubious freekick is awarded and Damjanovic steps up. The deadly striker almost notches a first half brace but Redmayne has other ideas as he pulls off a great save to his right.

54’ FINGERTIP SAVE REDMAYNE – The ball is swung into the Sydney FC box and finds Wagunininho near the edge of the box.  His looping header is goal bound before a fantastic save from the Sky Blues custodian who tips the ball over the bar.

80’ ANOTHER FINGERTIP SAVE REDMAYNE – The Sky Blues No.1 makes yet another fantastic save denying Wagunininho of a goal from another headed chance.