It was easier for girls to give up on their dreams when Alanna Kennedy was younger, according to the Sydney FC and Westfield Matildas star.

Kennedy knows that she was one of the lucky ones, supported by a family who encouraged her dream to play for the Westfield Matildas and represent her country at the Olympics.

Now, as a 74-time capped Westfield Matilda and Sydney FC star, the 23-year-old also knows responsibility rests on her shoulders to help elevate the women’s game with success on the field and by being a role model off of it.

“It’s not something we signed up for but I think it is just in the nature of all of us as a team that we are really appreciative of,” she told www.w-league.com.au.

“We were all in that position a decade ago, we didn’t necessarily have the same access to the role models or potentially know that they could be our role model because there wasn’t so much exposure to the female footballers, so it is really important for us to inspire them.” 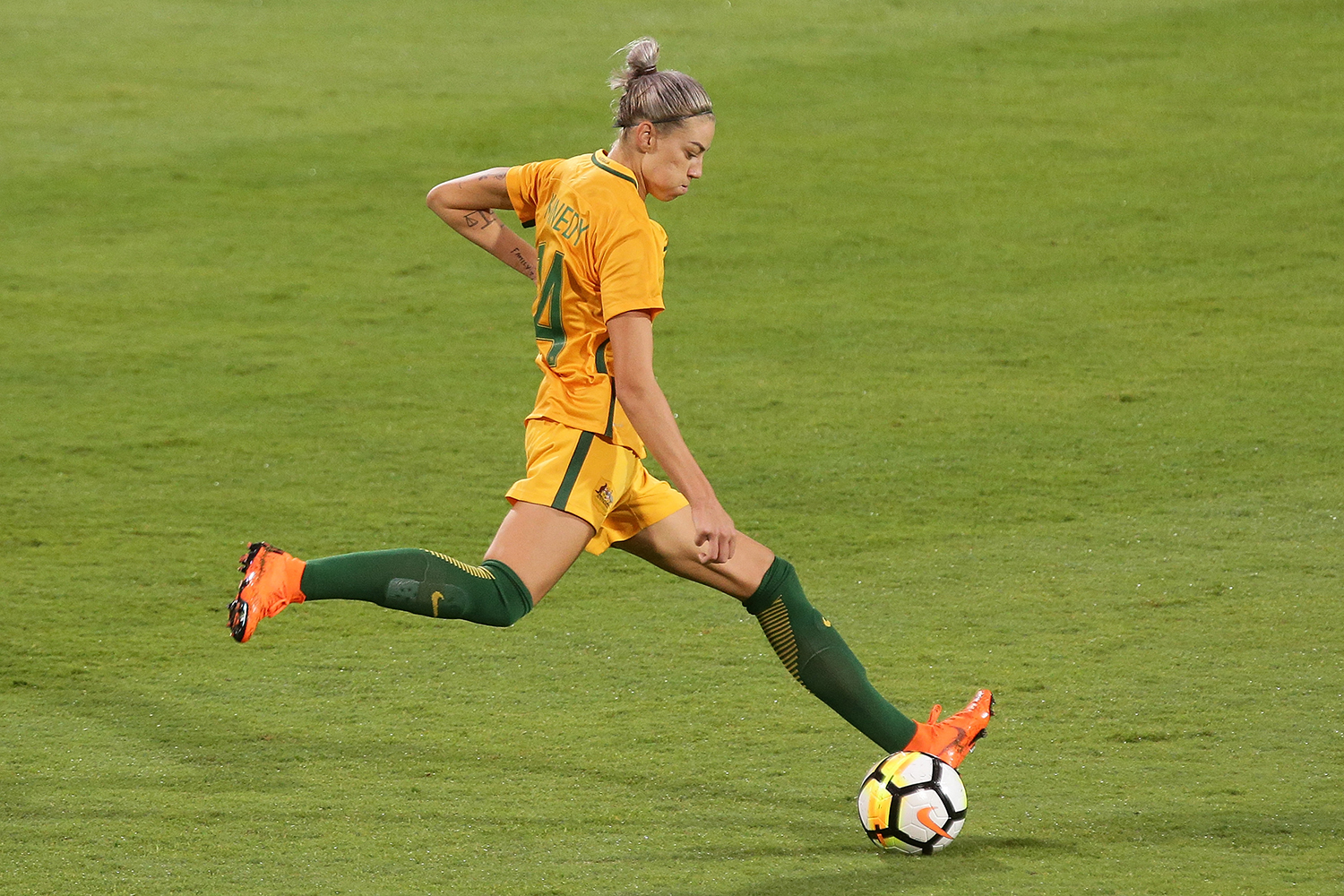 That responsibility clearly doesn’t stop with those on the field and Kennedy is grateful for the growing support.

Every Westfield Matildas and Westfield W-League match is available to watch across a range of platforms, while Sydney FC will be expecting for a bumper crowd this Sunday as they host early leaders Melbourne Victory in part one of Sunday’s Big Blue double-header.

“Before we were playing for the love of the game, but it’s always important to feel recognised and to know that you have people supporting you,” Kennedy added.

“We’ve definitely felt that over the last couple of years, more so than ever from the Australian public, fans and young girls, so that’s definitely an extra motivation for us to want to succeed and do our fans proud.”

And, while appreciating the support driving their own success, Kennedy sees the bigger importance of the light being shone on the women’s game this weekend.

She said: “Most importantly I think it is more about us being role models for younger girls and trying to increase participation by having girls to aspire to be like us.

“Hopefully in the future they’ll be celebrated as well and it encourages them to chase their dreams. If that’s to be Matildas then that’s great as well.”

This season’s rebel Female Football Round also includes the Hyundai A-League, with various initiatives around the men’s league serving to support the women’s game.

The importance of both involvement in the women’s game is something Kennedy, who grew up aspiring players like Steven Gerrard and Collette McCallum, is astutely aware of, knowing that the prominence of female role models is crucial in developing the perceptions of boys as well.

“We do have a lot of boys who come to our games and look up to us, I think it is important for them to be inspired and respect women as well,” she said.

“That is definitely something we have noticed more recently, that there are more young boys who are there and wanting autographs and that is extremely important.