New Sydney FC Westfield W-League recruit Lindsay Agnew has promised goals and assists for the fans as she prepares for her first game in Sky Blue this Saturday at Cromer Park (kick off 5pm AEDT).

The Canadian international can play as either a full back or forward, and said from whatever role she’s deployed in she’ll be getting forward to contribute as much as she can.

The Houston Dash star also credited teammates Veronica Latsko and Sofia Huerta for helping with her transition to Sydney life.

“As a player I love to join the attack, whether I’m playing as a winger or an outside back,” she said.

“I like to put crosses in and get players one v one, I’m a very physical player so I enjoy battles with people and hopefully you’ll see some goals and assists from me for the rest of the season.

“At the moment I’m currently playing as an outside back in defence, but I’m definitely an attacking back so I still like to get forward from the back line and put those crosses in.

“Veronica and Sofia I’ve played with in the past, so they told me a lot of good things about the club. I know the team won the Championship the year before so I knew I was coming into a good environment,” she continued.

“Veronica and Sofia have made it such an easy transition for me. They’ve been showing me the ropes and it’s easier to fit into a locker room when you have friends here.

“Things have been great, the staff and the team have been really welcoming and very professional.

“Things are nice and I’m loving it so far, everyone back home has been asking me how it’s been and I’ve been telling them brilliant.” 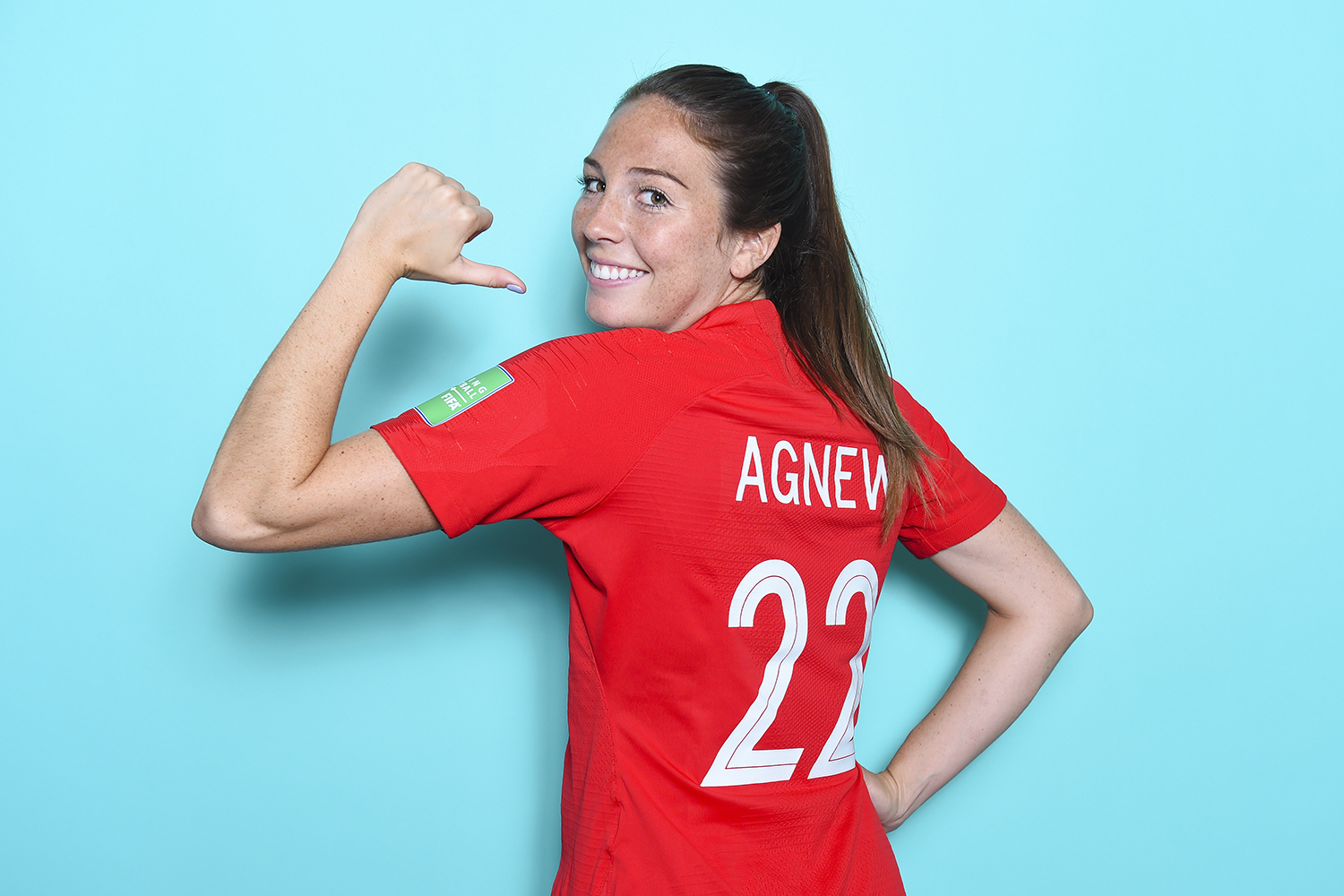 Agnew also revealed the biggest adjustments to life in Australia off the pitch, as on the pitch she set her sights on a #SydneyDerby win in what could be her maiden Sky Blue appearance.

“We’ve definitely seen some giant spiders in the house, but Veronica is more scared of the spiders than I am,” she said.

“It’s a little bit different to back home, I’m from Canada but played in the States so some of the chocolates and candy are the same here.

“There’s some funny things in the grocery store but the big thing was driving on the other side of the road, that’s the biggest jump. Outside of the field, they [Veronica and Sofia] have been teaching me to drive on the correct side of the road and that definitely helps.

“As a team we want to go back and defend the title, I’d love to win a Championship with Sydney FC, that’s my number one goal and anyway I can help the team do that is my objective,” she continued.

“I’m very excited for Saturday’s game. I’ve been looking forward to this game for a long time, it’s finally game day week and it’s a big derby game too.

“It’s an important game in our playoffs push, the last game against them wasn’t what the club wanted, and there’s bragging rights for the city on the line.

“It’s important because it’ll determine where we are in the playoffs. There’s important points on the line for both teams.”