As the dust settles on Chelsea and Spurs’ high-profile visits to the Harbour City, Sky Blues skipper Alex Brosque is convinced the real effect of the EPL clubs’ games against Sydney FC won’t be seen till next season.

Despite the scorelines the Sydney FC skipper expects the experience to produce immeasurable improvement in Graham Arnold’s squad next season – especially from the younger players.

“At the end of the day to go down 1-0 to the Premier League champions is not a bad result and to do it in the way that we did was very pleasing,” Brosque told a-league.com.au after Tuesday night’s Chelsea match.

“Obviously they’ve had a very tough schedule the last couple of days and they weren’t at their Premier League winning best but they’re still a class above and for us to create the chances we did and be able to mix it with them at times is a good sign.

“Especially for our young boys, they can really hold their heads up high and take a lot of confidence out of it.

“Guys like Naumoff I thought was fantastic, Terry Antonis, young Gersbach,” he said. 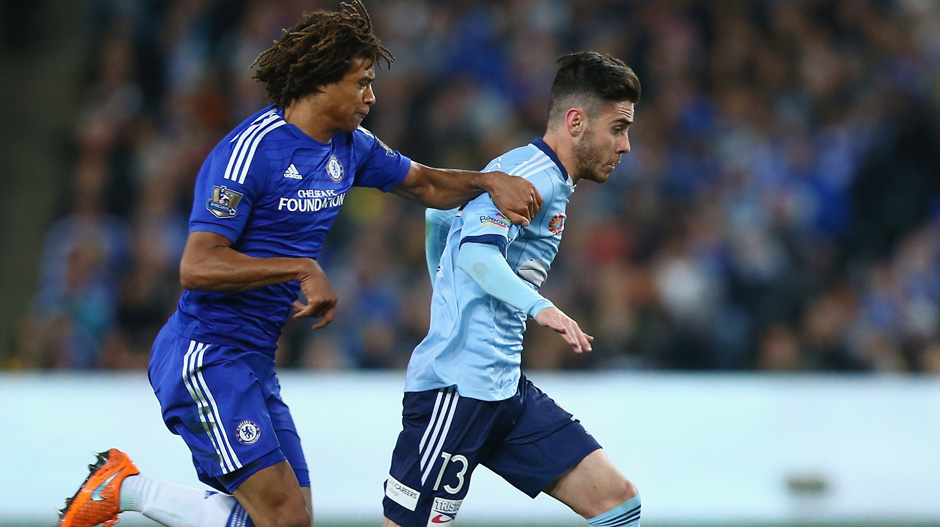 Brosque said the exhibition matches, played in front of an aggregate crowd of around 155,000 fans in the space of three days, were the perfect tonic for getting over grand final disappointment.

While Brosque admitted he was now looking forward to a break after a long campaign, the striker already had an eye on next season.

“Games like this don’t come around for us very often so for them to play they did against the Premier League champions they can go have a good break, hold their heads up high and they’ll take a lot of confidence into next season I think.

“Some of the Premier League’s best don’t have as many chances as what they were able to create so I think they should grow from this.”

Two of the best chances fell to Brosque who had a goal-bound effort cleared off the line in each match.

Although the 31-year-old didn’t come away with his name on the scoresheet he didn’t come away empty handed, revealing a priceless Blues memento now hangs in the home of the Sky Blue skipper.

“I was lucky enough to get into John Terry’s ear a couple of days ago at the press conference and I bagged his shirt.”