Sydney FC remain one of the teams to beat in the E-League after strengthening their grip at the top of the table in Round 4.

Sydney FC remain one of the teams to beat in the E-League after strengthening their grip at the top of the table in Round 4.

Mark ‘xMarkoHD’ Brijevski and Samer ‘Samer96_’ Elbadar put in impressive performances to earn a 5-3 aggregate win over the Wellington Phoenix on Thursday evening.

Mark kicked off the evening with an entertaining 2-1 win, with a pulsating first half seeing all three goals scored before a defensive approach in the second half made sure of the points.

Samer wrapped up proceedings with a 3-2 victory, coming back from a goal down to put in a comfortable shift and lead 3-1 before a late Phoenix goal ensured a dramatic closing few minutes.

The competitors will return to action next Thrusday night as they take on Brisbane Roar in a highly fancied match up.

Brijeski got off to a flyer with two goals in the first 13 minutes, although Bartolilo ensured there would be no blowout by quickly cutting the deficit.

That’s the way it stayed as the unbeaten Brijeski held firm to notch his fourth straight E-League win.

16 minutes, THREE goals! What a start to E-League Round 4​ ? pic.twitter.com/Q8dxcc0epu

Nathan Burns tucked away Phoenix’s first in the ninth minute, though the lead was erased by the Sky Blues moments later.

Elbadar then completed the quickfire turnaround by punishing an error and rammed home the advantage with a third after the restart.

That gave Josevski a mountain to climb and, although he pulled one back, it was little more than a consolation as Phoenix were left still searching for a maiden point. 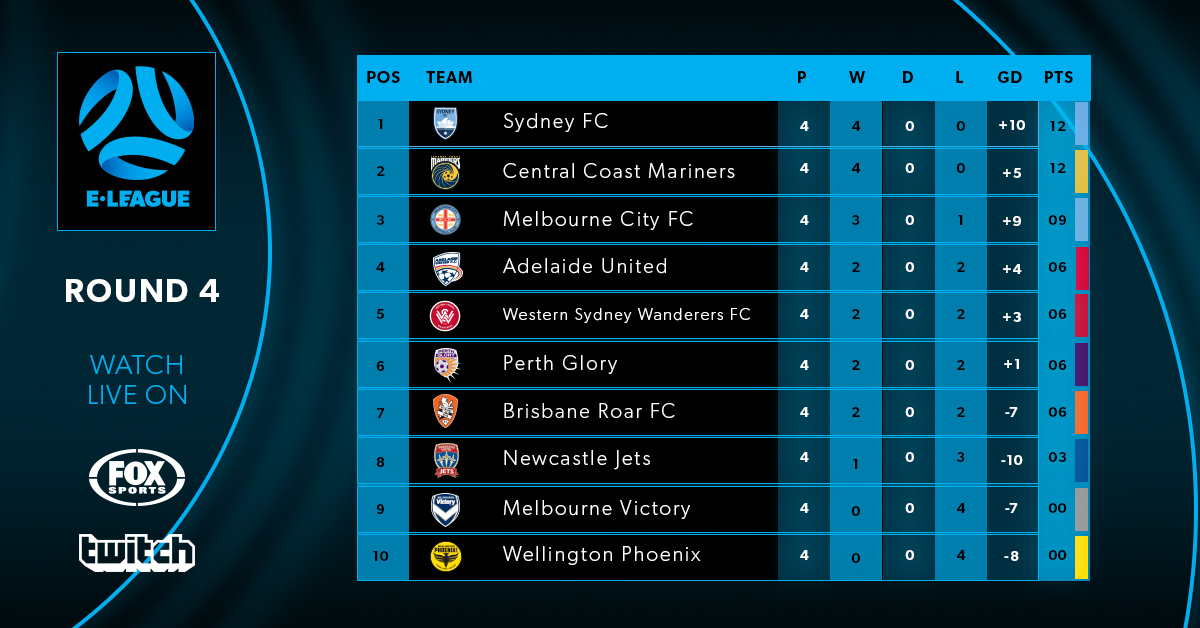