Grant and Ryall’s signing will see the pair remain with the unconquered Sky Blues for ten and nine years respectively once the contracts are complete, with the two defensive stalwarts holding nearly 300 Hyundai A-League appearances between them for the club.

Ryall joined Sydney FC from Melbourne Victory for the 2009/10 season, claiming a Premiership and Championship in his first season, before going on to establish himself as an integral cog in Head Coach Graham Arnold’s defensive line.

Grant joined Sydney FC’s youth side from the Australian Institute of Sport (AIS) in season 2008/09 and has since proven himself a versatile player capable of performing in any position.

The pair said they were excited to be extending their stay as Sky Blues and had high expectations for the remainder of the Hyundai A-League 2016/17 season.

“To re-sign was always a priority, and when you think about it 10 years at Sydney FC will be great,” said 25-year old Grant.

“It’s a massive club, and to be there for 10 years will be very special. I’ve been here a long time, I love the club and don’t know any different.

‘I’ve had a great couple of years, Arnie has re-signed which is a huge positive and the team this year is great.  The way we’re going in the league is even better.

“This year we want to win it and in the next couple we want to progress in the AFC Champions League. I just want to enjoy my time at Sydney FC.” 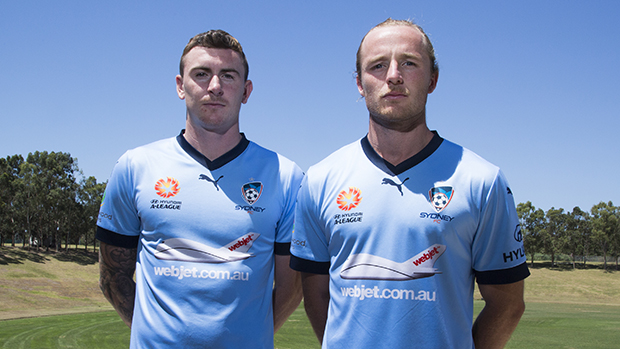 27-year old Ryall said: “I’m looking forward to extending my contract, I’ve really enjoyed my time at the club and I’m really happy to be staying.

“I know the club, being here for such a long time, and Arnie has made a change for the positive and we are doing exceptionally well at the moment. It’s a great team to be involved in, we’re undefeated and on a remarkable run.

“Everyone from the staff to the Members is fantastic and that’s what makes me want to stay longer.”

Head Coach Graham Arnold praised the pair and said their re-signings would strengthen Sydney FC’s title credentials for this and future seasons.

“Seb and Rhyan have proven themselves as quality defenders,” Arnold said.

“They’ve established a reputation for their tenacity and work rate in the Hyundai A-League and I’m thrilled to be able to retain them for the next two years.

“They are Sydney FC icons, they’re Sky Blue through and through and they’re a major reason that we currently sit undefeated in the league with a record number for fewest goals conceded.”

Grant will stand alone as Sydney FC’s first ten year player at the end of his contract while Ryall will join Hall of Fame Member Terry McFlynn on nine years with the club.

Sydney FC are next in Hyundai A-League action on Australia Day, away against Melbourne Victory at Etihad Stadium (kick off 7:50pm). Catch the match live on Fox Sports or follow @SydneyFC on Twitter for live updates.