Sydney FC’s Westfield W-League 2017/18 fixtures have been confirmed with revamped timeslots and venues for the new season headlining the draw.

Four of the six home games for the Sky Blues are double headers with the Hyundai A-League squad at Allianz Stadium, with three of those matches broadcast live across the country.

In stand-alone fixtures, Sydney FC will contest their home Big Blue against Melbourne Victory at Cromer Park, while the Sky Blues will close out the season at Seymour Shaw against the Western Sydney Wanderers.

The Sky Blues play three of their home matches at the new revamped timeslot of 5:20pm each ahead of a home Hyundai A-League clash, with two of those clashes taking place on a Friday, while they also kick off the New Year on January 3rd at 5:20pm at Allianz Stadium against Newcastle Jets. 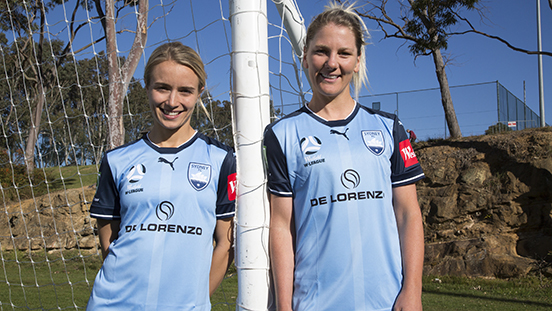 “I’m really excited by the draw and I’m eager for the season to get underway,” he said.

“The number of double headers we have is fantastic, it’s a great platform for the squad to showcase themselves nationally on TV and it’s always good to have the women and men on an equal standing playing at the same venue.

“There are plenty of huge clashes early on, including Canberra and City in the first four rounds, and I couldn’t think of a better way to round off the season than with a massive Sydney Derby in one of Sydney FC’s heartlands, the Sutherland Shire.”

Incoming Sydney FC Chief Executive Officer Danny Townsend praised the number of double headers and said he was looking forward to the season ahead.

“The number of double headers we have is great. Allianz Stadium is the perfect arena to showcase the talents of our Westfield W-League and Hyundai A-League squads together,” he said.

“It represents even better value for money for our Sydney FC Memberships with two games for the price of one on these dates.

“Ante has begun to assemble an excellent squad, I’m sure they’ll excite the fans, and I’m confident they’ll continue our rich tradition of appearing in every Finals Series to date.

“I hope to see lots of Sky Blue Members get to the ground to support our women’s team ahead of the A-League matches.”

Sydney FC kick off the season at home to Brisbane Roar at Allianz Stadium in a double header on Friday 27 October (kick off 5:20pm).