Sydney FC midfielder Milos Dimitrijevic has praised the depth of the Sky Blues squad as a key contributor to their undefeated start to the Hyundai A-League 2016/17 season.

Featuring off the bench in the opening rounds before coming to the fore in the starting side recently, Dimitrijevic it’s easy to play in such a strong squad, as the Sky Blue seek their 13th match undefeated on Friday night at Allianz Stadium.

Arnold Challenges Squad To Be Best Ever

“Every player wants to play games, this is a good problem for the coach because we have a very deep squad,” Dimitrijevic said.

“I feel better and better, I didn’t play a lot at the beginning and you need a few games to be back and find your fitness.

“We all want to stay because this is a very successful club,” he continued. 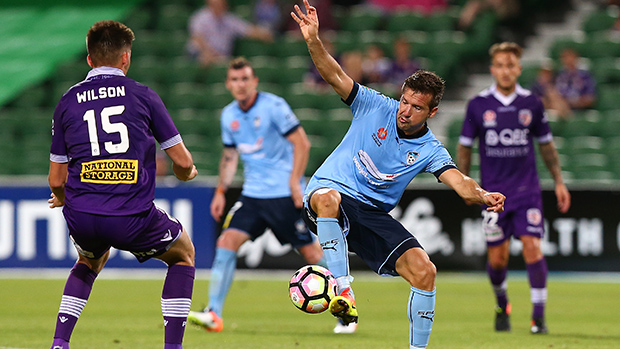 “It’s easy to play with these guys, they’re all very good players and they all have confidence. It’s enjoyable to come every day and train with these guys and that’s very positive.

“The club is winning, it’s the best club in the country, we’re all focussed to win the league and this is the most important.”

Facing Brisbane Roar at Allianz Stadium on Friday night, Dimitrijevic said he’s confident of picking up another three points as he said the Sky Blues are the team to beat the moment having smashed national football records dating back 30 years.

“We are playing very good and winning nearly every game so we want to keep going,” he said.

“We all have a lot of confidence, we’re focussed on Friday on winning and taking the three points.

“Every team is a very good team, especially Brisbane. We respect them but we know we have very good quality and we play on our strengths. 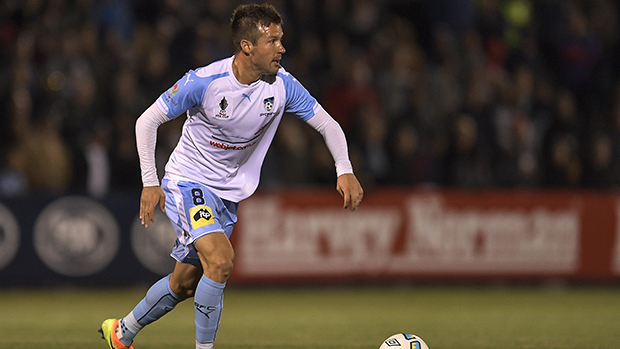 “We know all their strengths. The game we played there [at Suncorp] we had a lot of chances, especially the first half, but in the end it was a draw.

“I think we were the best team [on that occasion], we will play on our strengths tomorrow and we will win.

“We are the team to beat because we haven’t lost yet. We are ready, we are very confident and we want to keep going.”

Sydney FC face Brisbane Roar at Allianz Stadium in a Friday night blockbuster. Get your tickets today and be there to back your Sky Blues as they Roar one final time in 2016.