Defence is the new form of attack for the Sky Blues as a resolute defensive effort from Sydney FC propelled the home side to their Sydney Derby win, sealing a record fifth Derby without defeat.

Heading into the match having conceded only one shot on target in their first two games, the Sydney FC defence again proved solid as they repelled the Wanderers advances to seal a clean sheet for Vedran Janjetovic and send the Sky Blues into outright first place for the first time in five years.

Sydney FC won 90% of their tackles at Allianz Stadium on Saturday night, compared to the Wanderers 63.6%, while also making a total of 19 clearances as they frustrated the Wanderers time and again.

Another key component of the Sky Blues victory was their ability to regain possession across both halves of the field.

Making a total of 42 interceptions, compared to the Wanderers 23, Matthew Jurman proved particularly effective on the left hand side making 13 interceptions alone as he made a number of crucial interventions over the course of 90 minutes.

“We didn’t give them too many chances and as I said we’ll get better and better in possession. We scrambled, we defended superbly and tactically the boys carried out the game plan.” 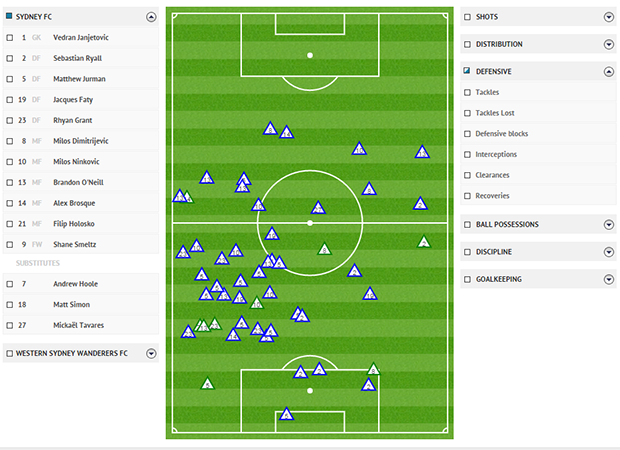 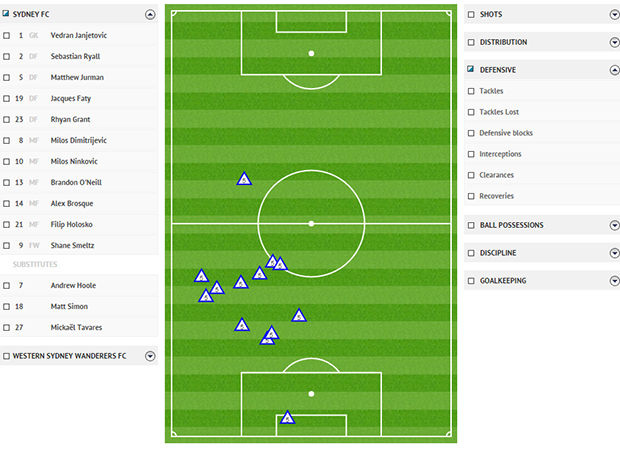