Goal-scoring hero Daniel De Silva says it’s a “great honour” to be part of this Sydney FC team and he hopes to provide plenty more highlights after his cracking goal in their FFA Cup win over Rockdale on Wednesday night.

Goal-scoring hero Daniel De Silva says it’s a “great honour” to be part of this Sydney FC team and he hopes to provide plenty more highlights after his cracking goal in their FFA Cup win over Rockdale on Wednesday night.

In his first competitive start for the Sky Blues since his loan move from Central Coast Mariners, De Silva scored a stunning first-half volley to announce himself to his new fans in the perfect way.

It was an important goal, drawing Sydney FC level after they went behind to an early Harris Gaitatzis goal, before Steve Corica’s men went on to prevail 4-2 at Ilinden Sports Centre. 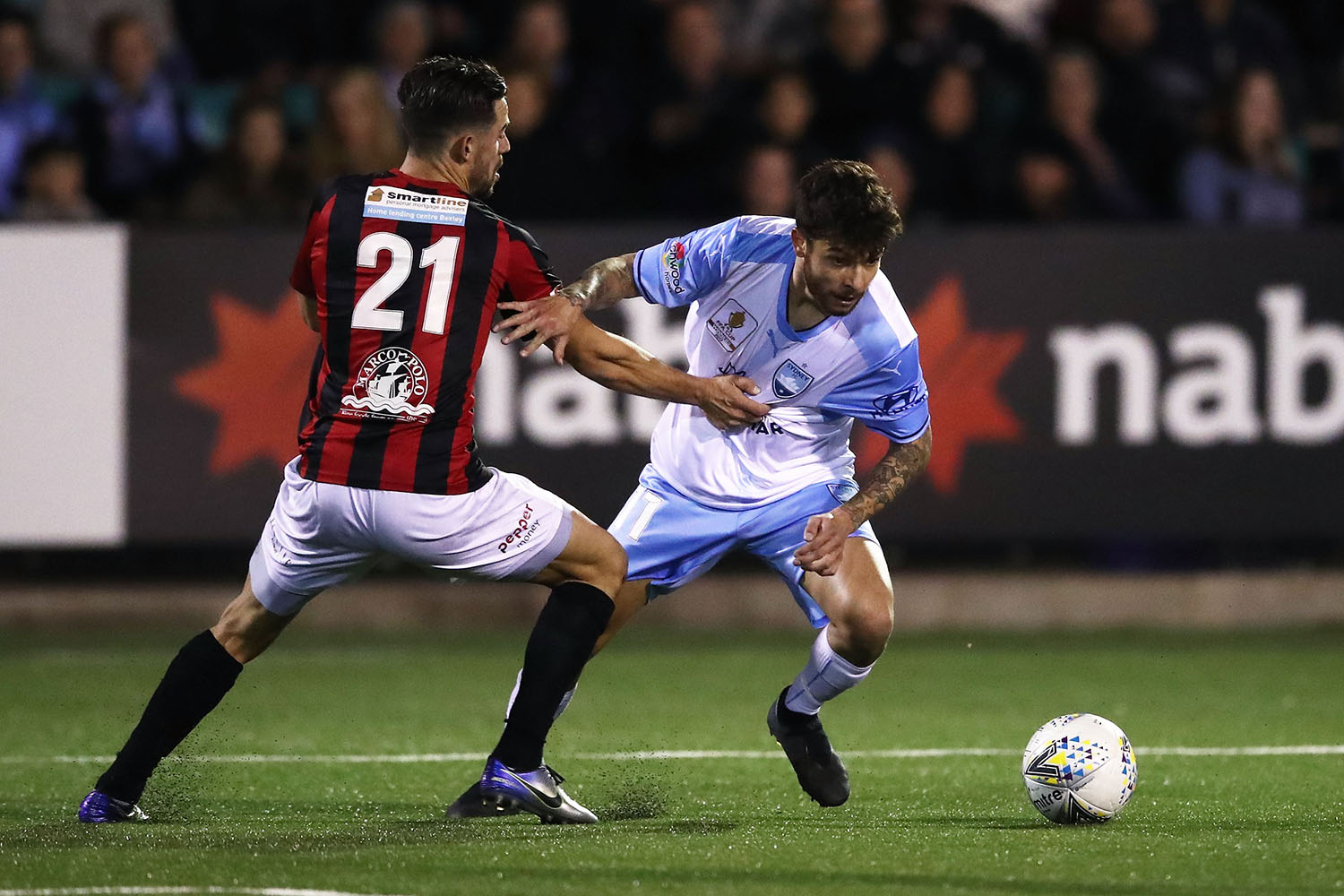 “I’m just happy to get off the mark,” a delighted and relieved De Silva told Fox Sports after the match.

“I’ve been practising scoring goals this [pre]-season and hopefully there’s many more to come.”

The 21-year-old attacking midfielder added: “It’s a great honour to be a part of the Sky Blues now.

“I’m really looking forward to the season. I’ve really enjoyed training with all the boys, getting to know them and all the patterns and philosophy of the club.

“I’ve only got great things to say about it so looking forward to more.”

“I’m settling in really nicely, all the boys are great and it’s really competitive here,” De Silva said, reflecting on his first weeks at the club.

“I’m learning a lot so far and looking forward to playing more matches with the squad.

“There’s fantastic players in the squad, great leaders, and it’s really exciting to be playing with them and playing exciting football.”

One man who was especially pleased to see the impact De Silva had was rookie Sky Blues coach Corica.

“It was a fantastic goal,” said Corica, who recorded his first competitive win since taking charge in the off-season.

“I keep telling him [De Silva] he’s got to score more goals and that was a good way to show it tonight.”

The Sky Blues’ class eventually told after the break and they scored three quick goals to break the resolve of the plucky NSW NPL outfit.

Defender Ben Warland put them in front with a strong header, before skipper Alex Brosque was on the end of two excellent team moves to finish with a brace.

To Rockdale’s credit, they fought right until the end and pulled a goal back with 15 minutes left through Toufic Alameddine but it was the defending FFA Cup champions that would advance in front of almost 4500 fans.