de Jong Vows He’ll Be Back Stronger Than Ever

Sydney FC marquee Siem de Jong has vowed he’ll be back stronger than ever as he approaches an imminent return ahead of Saturday’s clash against Wellington Phoenix at Jubilee Stadium.

The Dutchman injured his hamstring in the Sky Blues 2-0 victory over Western Sydney Wanderers in Round 2, and has been working hard to get back on the pitch and play the integral part in the side that he came here to do.

While de Jong was extremely disappointed to suffer an injury so early in his tenure at Sydney FC, it was not long until he regained focus and started looking towards his rehab and return to the pitch.

“It’s always quite disappointing when you get injured, and for the first few days I was pretty down because I came here hoping to play lots of games and play good football,” he said.

“After those initial few days, I started speaking to the physio and started to get back on track for a return to playing which has always stayed in my mind.

“He has done a really good job with me, he definitely has worked well with not only my injury but with my whole body and getting me to peak fitness and I’ll be back even stronger in the coming days.” 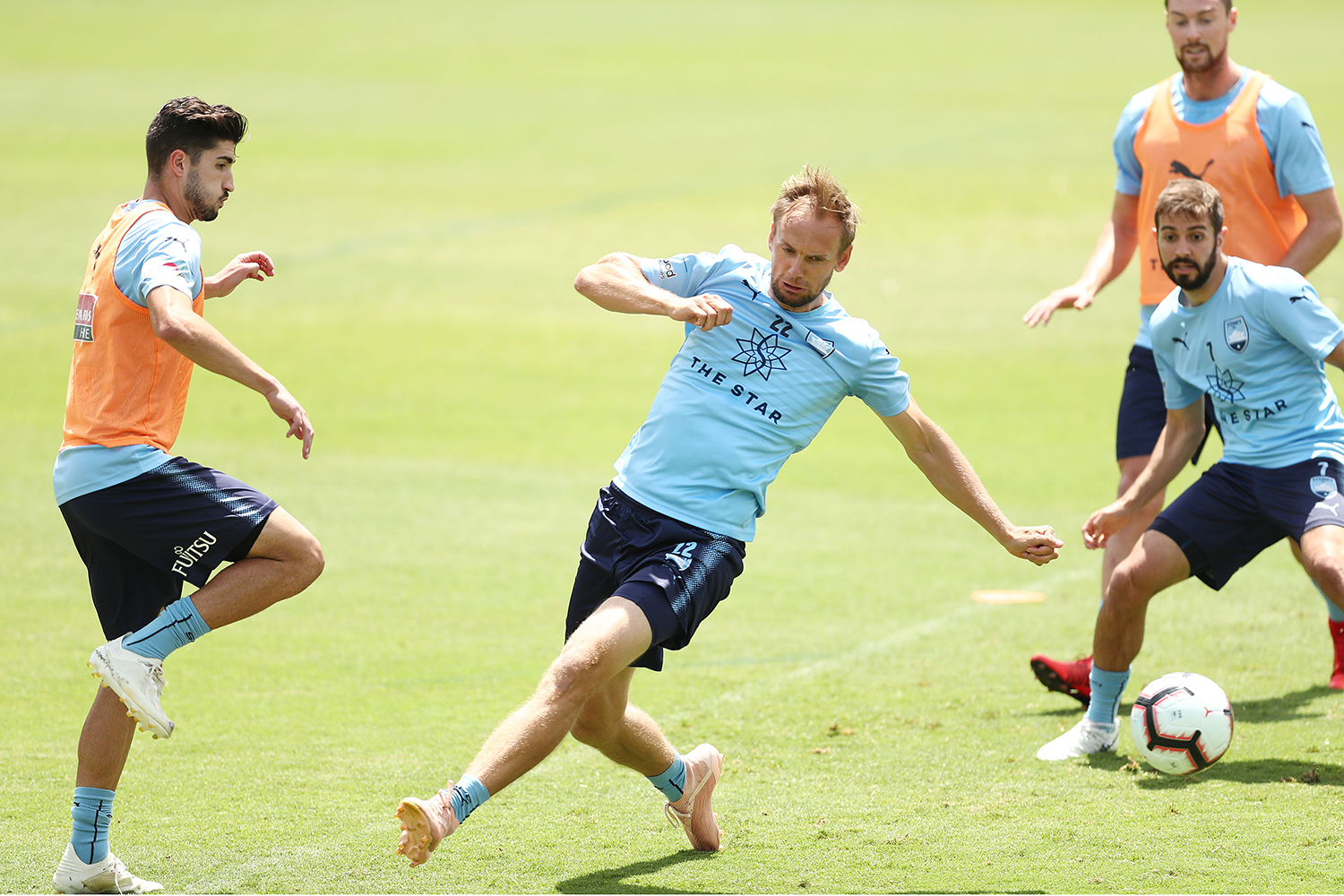 De Jong’s goal of returning to play has been the major factor in his positive attitude, as well as the tireless work of the club’s medical staff keeping him on track and getting him back to peak condition before a return to doing what he does best.

The midfielder has also taken positivity from the support of the Sky Blues fans who have been wishing him well during his recovery, and credits them for motivating him as he looks to return to the team in the coming weeks.

“It’s really good to have the support of the fans,” he said.

“I came here wanting to be a big part of the club and play well so it has been hard having an injury, but it is good to hear fans support and them wishing me well and hoping to see me back stronger.

“That sort of thing is always an extra motivator, and has helped me remain positive through an injury and I can’t wait to get back out there for the team and the fans.”

The 29-year old’s return looks set for this weekend against the Phoenix at Jubilee Oval, and after witnessing the atmosphere at the historic ground against Melbourne Victory a fortnight ago, de Jong is certainly looking forward to playing at one of our new home grounds.

“It’s going well and I’m feeling good. I’ve been training during the week with the team and testing it out and it’s feeling pretty good now,” he said.

“I played on Jubilee Stadium in pre-season and have trained there a few times, the pitch feels really good and I really enjoyed watching the game against Melbourne there and the great atmosphere with a completely full and loud crowd.

“It always helps the team when you play in front of a big crowd at home and it improves the excitement on game day for both the players and fans, so I’m really looking forward to it.”

Sydney FC take on Wellington Phoenix this Saturday afternoon at Jubilee Stadium (kick off 5:35pm). Secure your seats today and be there to back your Sky Blues in the perfect way to kick off your Saturday night.