Sydney FC marquee Siem de Jong has labelled his strike against Brisbane as one of the more cheeky goals of his career as the Dutchman reflected on his comeback for the Sky Blues on Friday night.

The form AFC Ajax Captain was thrilled to be back as he hailed the team’s effort at Suncorp Stadium, stating that confidence was high heading into the remaining few games of the 2018/19 season.

“I wouldn’t say it’s a really beautiful goal, it was more cheeky. It’s one of the weirdest goals I’ve scored,” de Jong said.

“I wasn’t thinking about shooting at first because when I turned around to play it back I was looking [for the pass], it took me a second and then the goalkeeper wasn’t looking as well to block that [pass], so I tried to fake it and shot it over his foot.

“I felt alright. I had a good few weeks of training and I was happy to be back on the bench with the team,” he continued.

“It was a good moment to come on, 1-1 was the score. We were going to attack, I prefer attacking than defending, for the team it was an important time and we did well in the last 20 minutes as a team.

“I’m happy that I could contribute to the team when I came on. I was there in front of goal a few times, maybe I should have scored one more, but I was happy with the goal.

“When you come back from an injury it’s always nice to have a bit of confidence by scoring as well.” 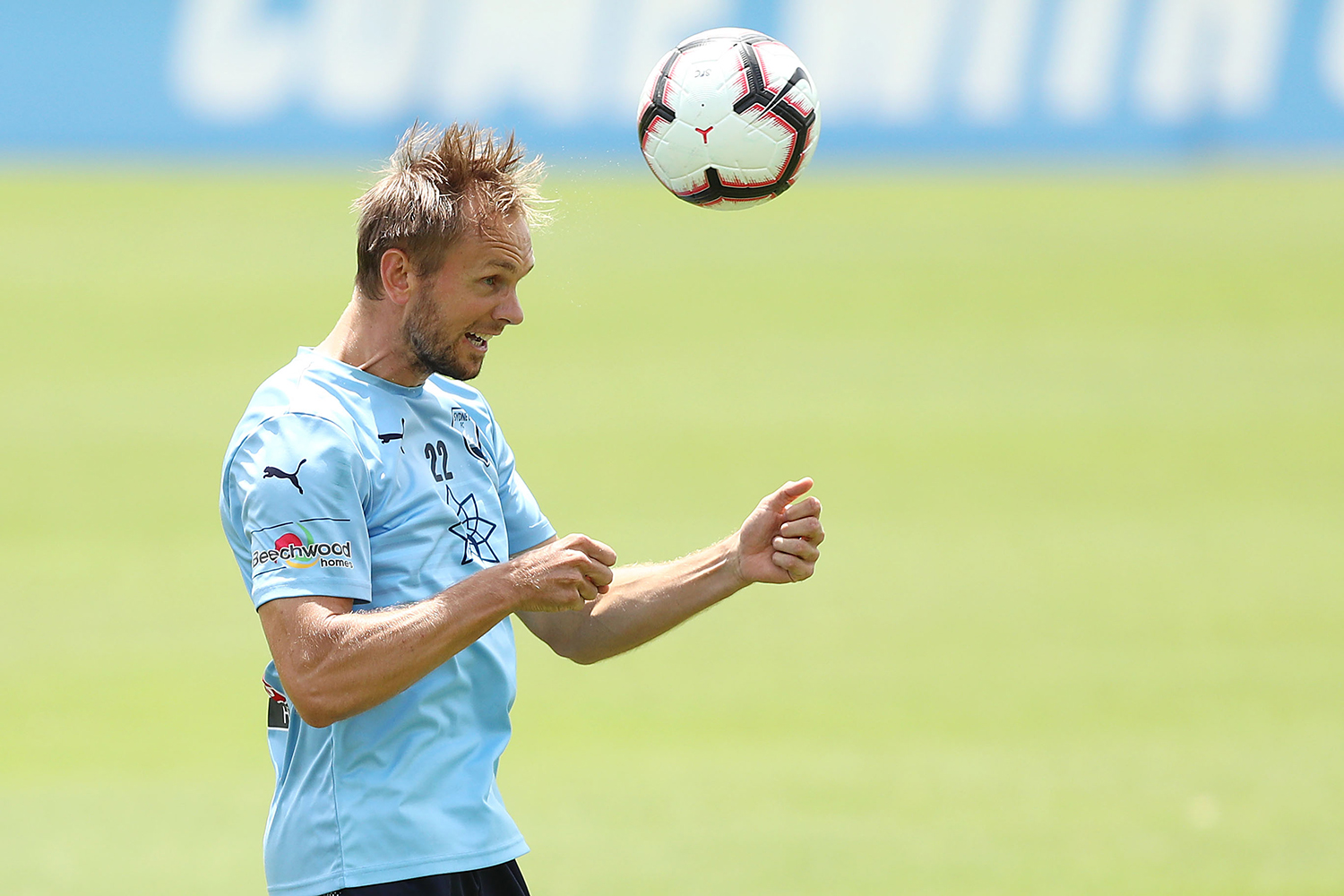 Looking ahead to Saturday’s massive #BigBlue, de Jong said he was excited by the big clash and all the permutations three points carries, as he cast one eye towards closing the gap on first placed Perth Glory and claiming the Hyundai A-League Premiers Plate.

“I like the big games. It always bring’s a bit of extra to a team,” he said.

“They’re difficult games as well but it brings more fans to the stadium, a bigger atmosphere, so for everybody involved it’s good. It gives pressure but also excitement.

“Coming to the end of the season it’s where the prizes are to be won. It’s good to be back now and hopefully I’ll build on that, get more minutes in the coming games.

“You never know what can happen. We have to play Perth as well so hopefully the gap will get smaller,” he added.

Sydney FC take on Melbourne Victory at the SCG in the biggest of Big Blues on Saturday (kick off 7:50pm AEDT). Be there to back your Sky Blues and cheer the boys home.