Sydney FC take on Darwin Rovers FC in the Westfield FFA Cup Round of 32 on Wednesday night (kick off 7:30pm).

Get the lowdown on the Northern Territory side and check out what they get up to when they’re not playing football.

Darwin Rovers FC Captain Simon Bell said he and the squad were looking forward to facing the best club in Australia, while also revealing how they scouted the Sky Blues ahead of Wednesday’s clash.

“[We’re] really looking forward to testing ourselves against the best Australia has to offer,” he said.

“We watched the Liverpool and Arsenal games in the pub for research purposes. It’s a funny old game and stranger things have happened.” 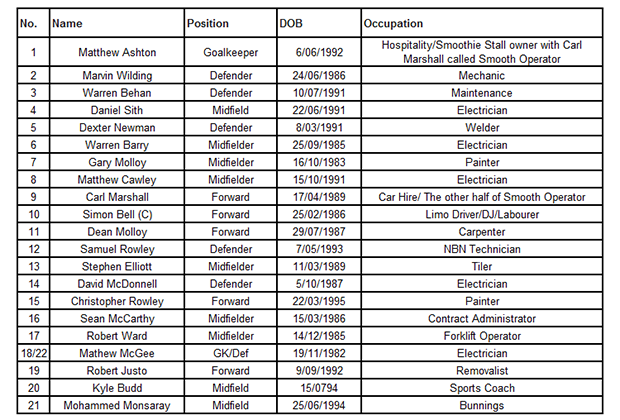 Sydney FC take on Darwin Rovers in the Westfield FFA Cup Round of 32 on Wednesday 2 August (kick off 7:30pm AEST). Catch the match streamed live on foxsports.com.au  or follow @SydneyFC on Twitter for updates.