The second instalment of the tournament will see teams again compete in either the “serious” or “just for fun” leagues, with a full canteen and bar also operating in what’s expected to be a great day out.

Sydney FC have entered two teams in the competition for the second year running.

The Sky Blues “serious” team, boasting the likes of Terry McFlynn, Paul Reid and Chairman Scott Barlow, reached the final of the competition in 2015 finishing as runners up, and they’ll be hoping to go one better this year. 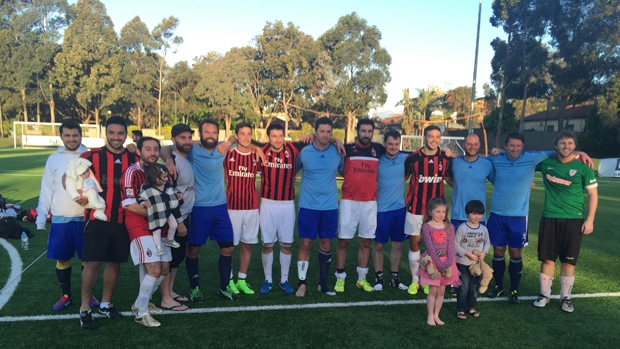 Cove spokesperson Steve Southworth said the 2015 competition was a huge success and he’s looking forward to a bumper turnout for the 2016 iteration.

“We are hoping for exactly the same as last year it was such a great day,” he said.

“Last year we were at capacity with 30 teams competing in two competitions. The ‘serious’ competition had a few Sydney FC legends including Terry McFlynn and Paul Reid.

“We had a great mix from our community from Chairman Scott Barlow through to a team entered from Homebush Boys High School.

“What made it so enjoyable was if you wanted a serious hit out you could test your skills against some quality teams and if you were there for kick around you could still have a run around the pitch.

“We are accepting teams from 15 years and up and are happy to have mixed teams. Even if you aren’t playing you can come along to watch and have a few laughs.”