Cortnee Vine Out For The Season

Sydney FC striker Cortnee Vine will miss the Westfield W-League Final Series after MRI scans revealed a torn medial collateral ligament which will keep the winger on the sidelines for at least the next eight weeks.

One of the stars of the W-League season so far, Vine injured the knee during the Sky Blues 0-0 draw with Canberra United last Friday night.

The 22-year old described her devastation at missing out but backed her team-mates to finish the job following last night’s Premiers Plate win.

“I’m absolutely devastated that I won’t be involved on the park in helping the girls go all of the way,” she said.

“I’ve had so much support since it happened, and I hope to be back and playing as soon as possible.

“I’ll be right with the girls during the next two weeks of Finals, they’ve been fantastic all season and I’m confident they will achieve what we set out to do and win that Championship.” 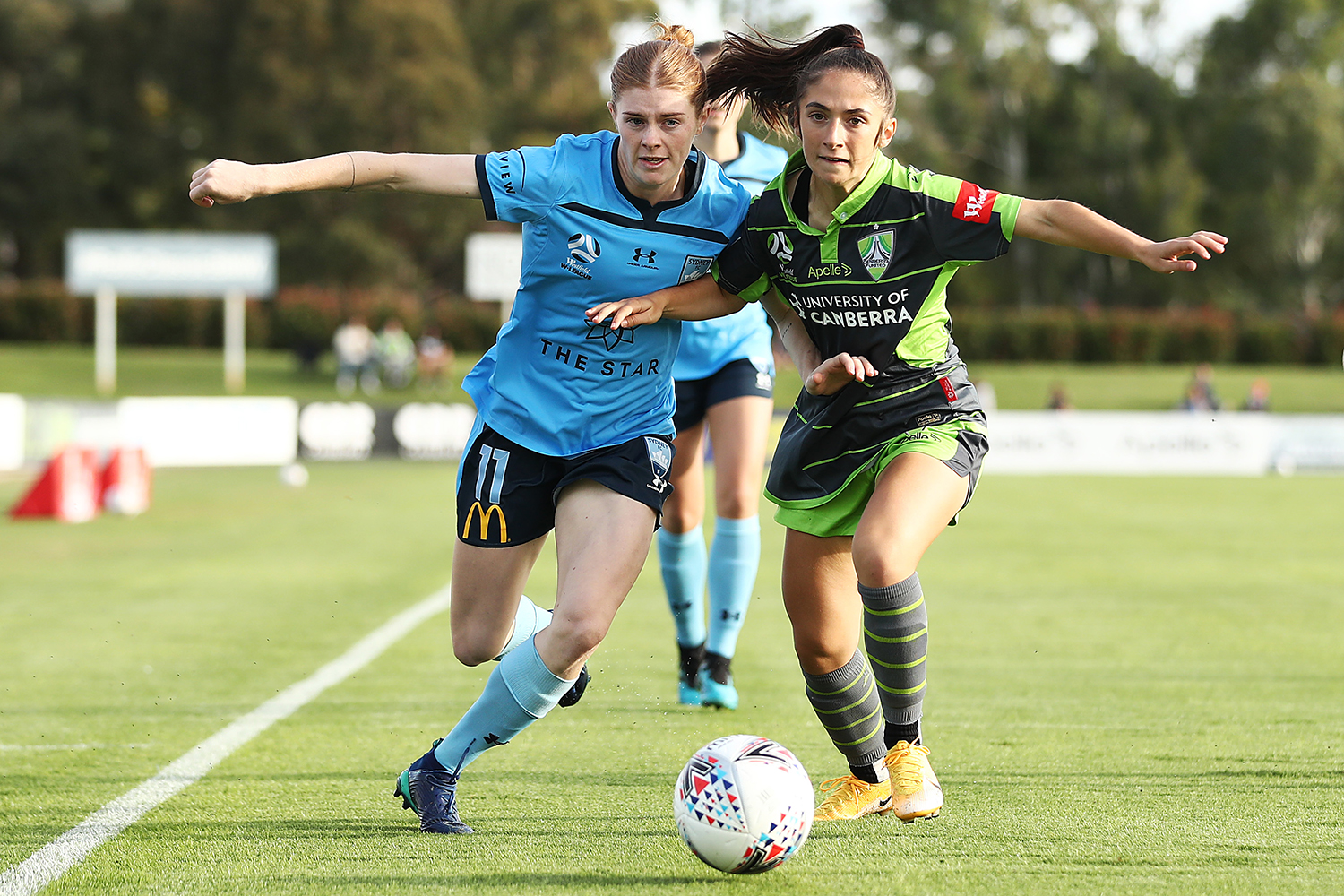 Head Coach Ante Juric said it was a blow for Cortnee but praised her ability to come back even stronger.

“Cortnee has been one of our best players all season and we are disappointed to lose her,” he said.

“She will learn from this and has the determination to come back an even better player.

“She will be a big part of our group as we head into Finals and I’m looking forward to continuing to work with her at Sydney FC.”

The Sky Blues will meet Canberra United in the Westfield W-League Semi Final this Monday afternoon at Netstrata Jubilee Stadium – kick off 3pm.

The Westfield W-League Grand Final will be held on Sunday 11th April at 4pm.