New Sky Blues’ Head Coach Steve Corica has spoken of his relief as his first competitive game in charge of Sydney FC ended with an entertaining win over Rockdale City Suns in the perfect start to their FFA Cup title defence.

New Sky Blues’ Head Coach Steve Corica has spoken of his relief as his first competitive game in charge of Sydney FC ended with an entertaining win over Rockdale City Suns in the perfect start to their FFA Cup title defence.

Long-time assistant Corica has taken charge of the Hyundai A-League heavyweights after Graham Arnold’s departure at the end of last season, and saw his side fall behind early against the NSW NPL club.

But the Sky Blues’ class eventually shone through as they scored four straight goals either side of the break to run out 4-2 winners. 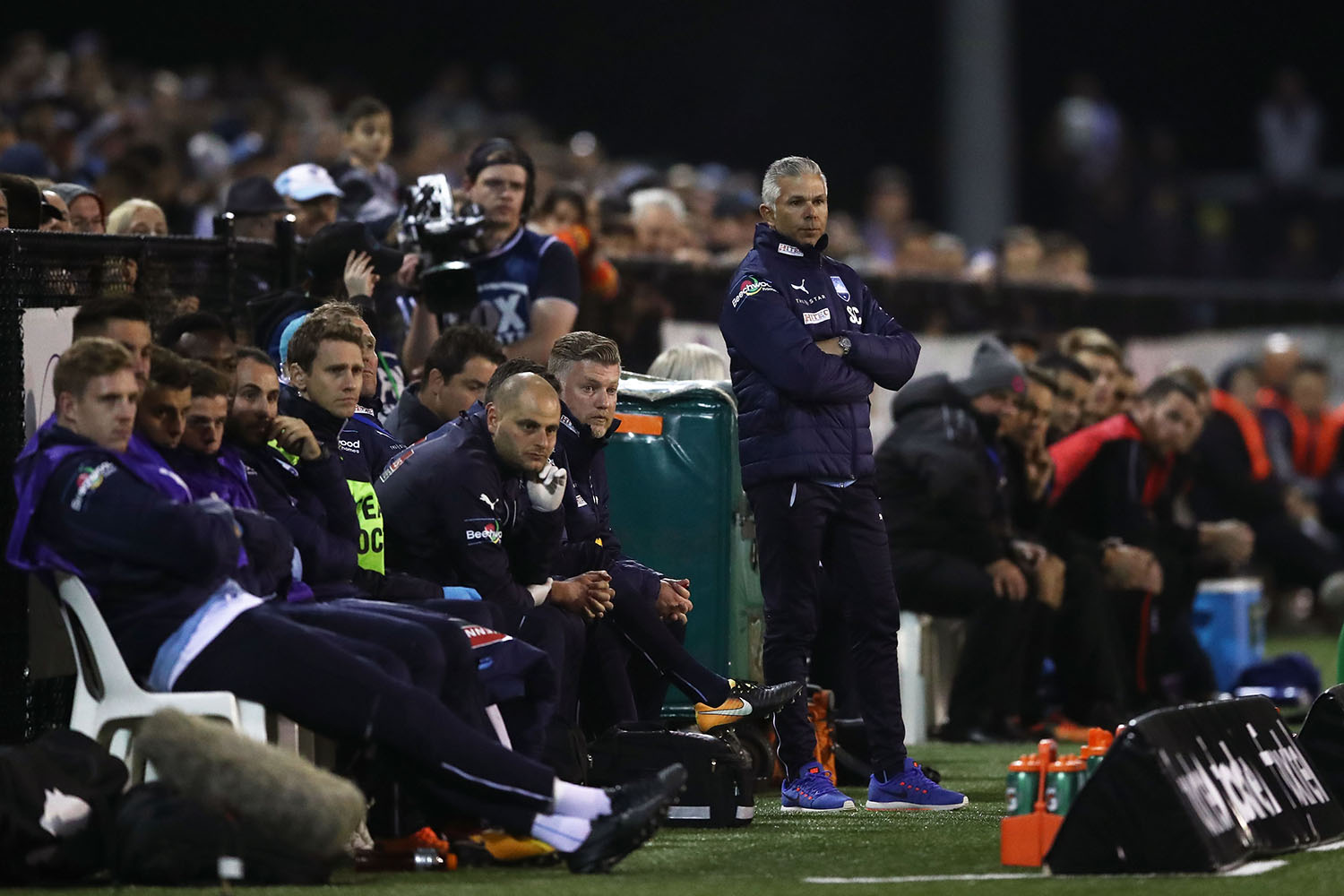 The pick of the goals came from new recruit Daniel De Silva to level the scores before the break, before Ben Warland and Alex Brosque (two) got on the scoresheet in the second half.

“It’s good to get the first win under the belt. The first half I was pretty pleased considering we conceded an early goal. We came back really well and got ourselves 4-1 up and then started to get a little bit sloppy.

“Obviously our fitness will get better as the season goes. We’ve only been going for three and a half weeks now.

“We knew it would get a bit stretched in the second half and our fitness would go a little bit but it’s great for the boys to get 90 minutes into their legs again.

“I’m happy but we’re going to get a lot better. We’ve got players to come  back in as well to improve the squad.”

Much of the build-up to the clash centred around the fact Rockdale was coached by former Sydney FC midfielder – and current Sky Blues employee Paul Reid.

“There was a bit of banter during the week. Reidy was giving me a bit of stick but it was great,” Corica said.

“Reidy’s a great guy, he’s played for the club so he knows what it means.

“His boys were fired up and they got off to a great start, but in the end the quality comes through and that’s what happened.”