Corica Eyeing Back To Back Cups

The family banter is flying, but Sydney FC Head Coach Steve Corica says he’s fully focussed on delivering back to back FFA Cups for the Sky Blues.

Facing Cairns FC at Barlow Park on Tuesday, the Sky Blues’ boss said he’s been doing his homework on the Queensland side and expects to progress through to the Quarter Finals, with his nephew standing in his way of joining the last eight.

“We won the FFA Cup last year so we want to do it again this year, no team has ever done it and that’s our motivation,” Corica said.

“We’ve watched them [Cairns FC] on video to make sure we know exactly what they’re doing and how they’re playing.

“They’ve got a quick team, especially up front, their top goalscorer has scored 28 goals this year, so we’re well aware of their strengths.

“It comes down to the boys’ attitude, making sure we’re right and focus on our game and how we want to play.

“We expect to win every game we go into and that’s no different, of course we’ve studied them, we’re taking it very seriously, we expect to win but also we want to put on a good performance. 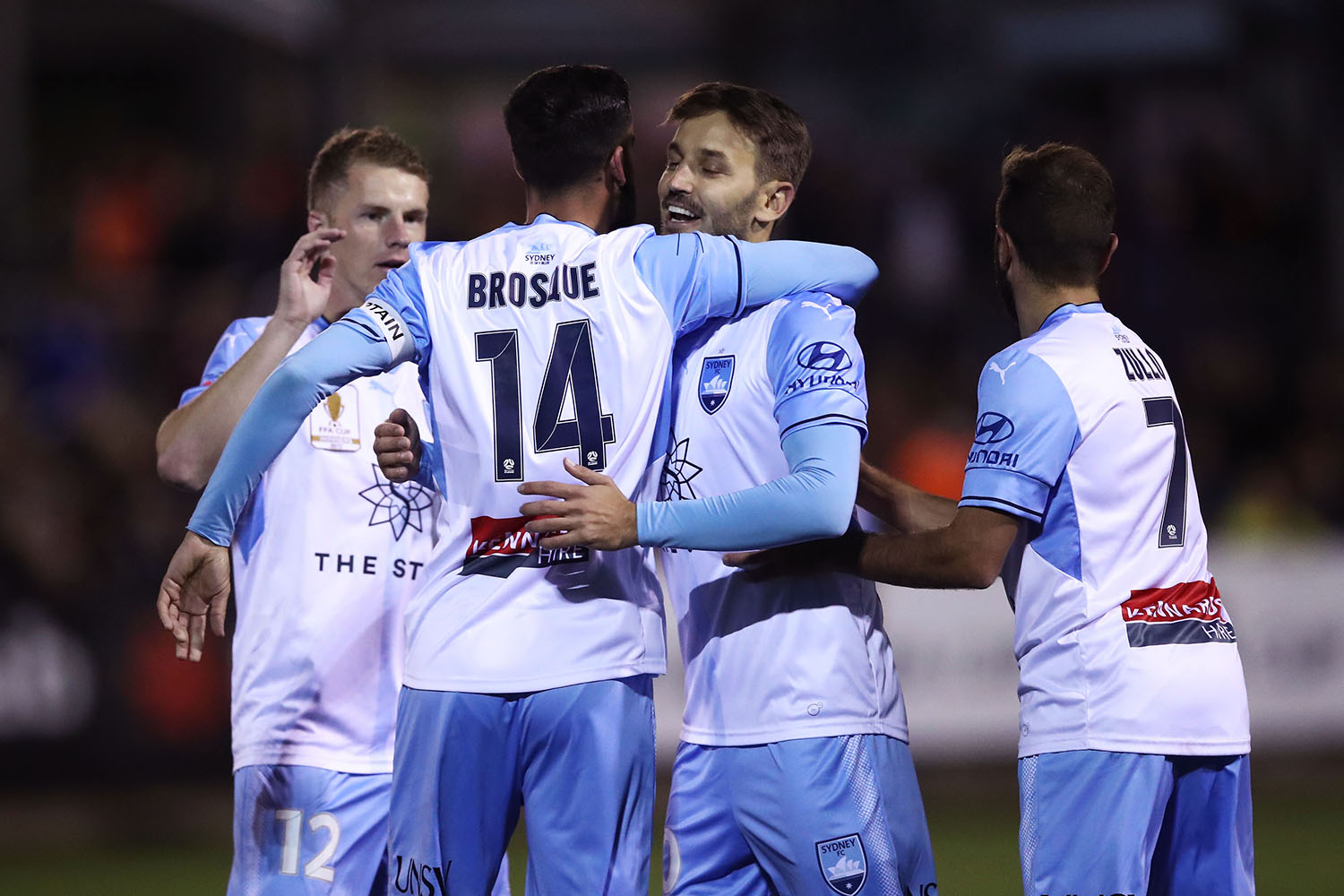 “There’s been quite a bit of family banter,” he continued.

“I always go home to see my family, my family and my brothers all live up there so there’s going to be good support on Tuesday night but in a footballing capacity I haven’t been up there in a long time.”

Corica said he’d be taking a full strength squad to Cairns, with only Alex Wilkinson and Daniel De Silva absent from the squad who overcame Rockdale City Suns in the Round of 32, while new signing Adam le Fondre likewise won’t feature.

“We’re pretty much full strength, the only ones out are Alex Wilkinson and Daniel De Silva. They’ve just got little injuries at the moment but everyone else is fit and ready to go,” Corica said.

“Adam doesn’t get his visa for this game so he’s out, but he’ll be ready for the next friendly game we play.

“He’s trained a couple of times already, he’s looking sharp, I’m very excited to have him here and join our squad. I’m looking forward to seeing him play in a real game.”

Sydney FC take on Cairns FC in the FFA Cup Round of 16 at Barlow Park on Tuesday night (kick off 7:30pm AEST). Catch the match streamed live at foxsports.com.au and on the My Football Live App.