Sydney FC Head Coach Steve Corica says the squad feel no pressure as they prepare for their must win AFC Champions League clash away against Ulsan Hyundai on Tuesday night (kick off 8pm AEST).

The Sky Blues currently sit on three points in Group H, with a win on Tuesday in Korea Republic ensuring that the race for qualification goes down to the final day, as Corica said the squad will be putting everything into the clash ahead of Sunday’s Hyundai A-League Semi-Final back at home.

“[There’s] not pressure, we understand that they only need a point to go through but the group is very close below that,” Corica said.

“We know we have to play well tomorrow to win the game, we’ve prepared for that. There’s no more pressure than any other game, we go into every game wanting to win, we didn’t’ come here for a draw.

“I think we’ve showed in the other games we’ve played in our group that we’ve played very well and maybe deserved a few more points than what we have got.

“We’re looking forward to the challenges and it’s going to be a great challenge tomorrow night.” 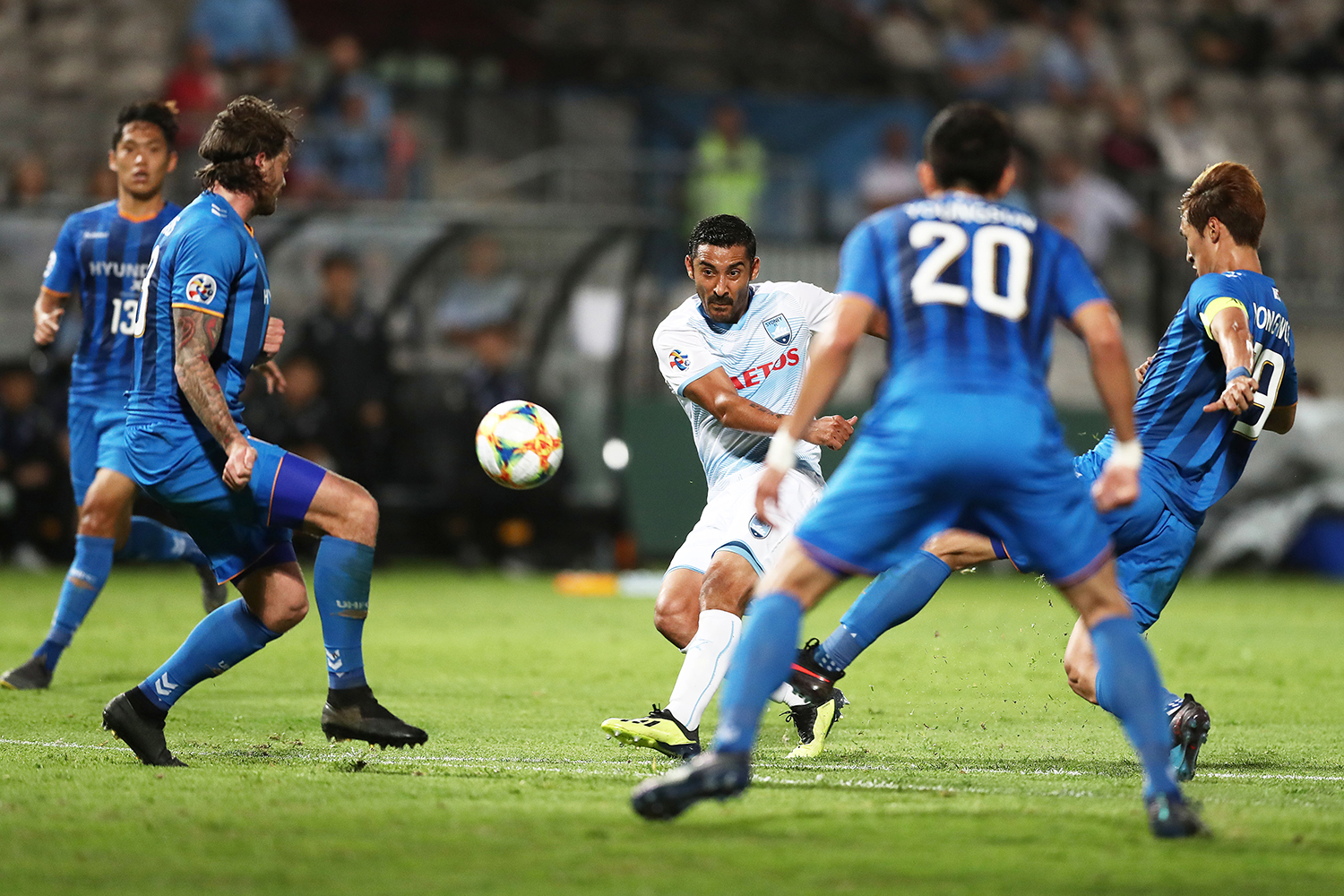 Corica confirmed the Sky Blues would be putting out a strong squad at Ulsan Munsu Football Stadium, as he reflected on the squad’s opening 0-0 draw against the Korea Republic side at Jubilee Stadium in March.

“We played Ulsan once before in Australia, I thought we played very well in that game but unfortunately it was only a draw,” he said.

“We were very pleased with the way we played [in Sydney]. We’re preparing for this game with a very strong squad, we’re looking forward to the game and the challenge that they put up against us.

“It’s a very important game for us and we’ve come here with a very strong squad and we’re looking to pick up three points.

“This group is very close and we believe if we can pick up three points tomorrow night then we’re a good chance of going through to the next round.”

Sydney FC take on Ulsan Hyundai FC away in the AFC Champions League on Tuesday night in a huge Group H clash. #WatchWithUs LIVE on Fox Sports 505 from 8pm AEST.