Saturday’s #SydneyDerby may be a far reach from the cauldron atmosphere the rivalry usually brings but, Sydney FC Head Coach Steve Corica insists Sydney FC must heed the lessons of previous clashes to avoid a repeat outcome.

The runaway Hyundai A-League leaders travel to face Western Sydney in an empty Bankwest Stadium having lost back-to-back encounters with their Harbour City rivals, both 1-0, and both times Wanderers captain Mitchell Duke netting the winner.

Never in the history of the fixture as any team recorded three wins in a row and Corica is wary of falling into the same traps that occurred in front of more than 28,500 fans last time the sides met in Parramatta back in Round 3, and more than 18,500 at Netstrata Jubilee Stadium a month ago.

Sydney FC missed a host of chances in both games without troubling the scoreboard, and the desire to avenge the blemishes on their record is apparent. But the main prize on Corica’s mind in the Hyundai A-League Premiership, with the Sky Blues eight points away from clinching the Premiers Plate for a fourth time in competition history.

“It’s a derby game and it’s against the Wanderers but our main focus is to win the Premiership and that will be three points closer to wrapping things up,” Corica said.

“The first couple of games against them are the two games we have lost so we have got to try and learn our lessons and take our chances when they come.”

“We’ve had plenty of chances in the two games that we’ve played against them and we’re looking forward to another good challenge.” 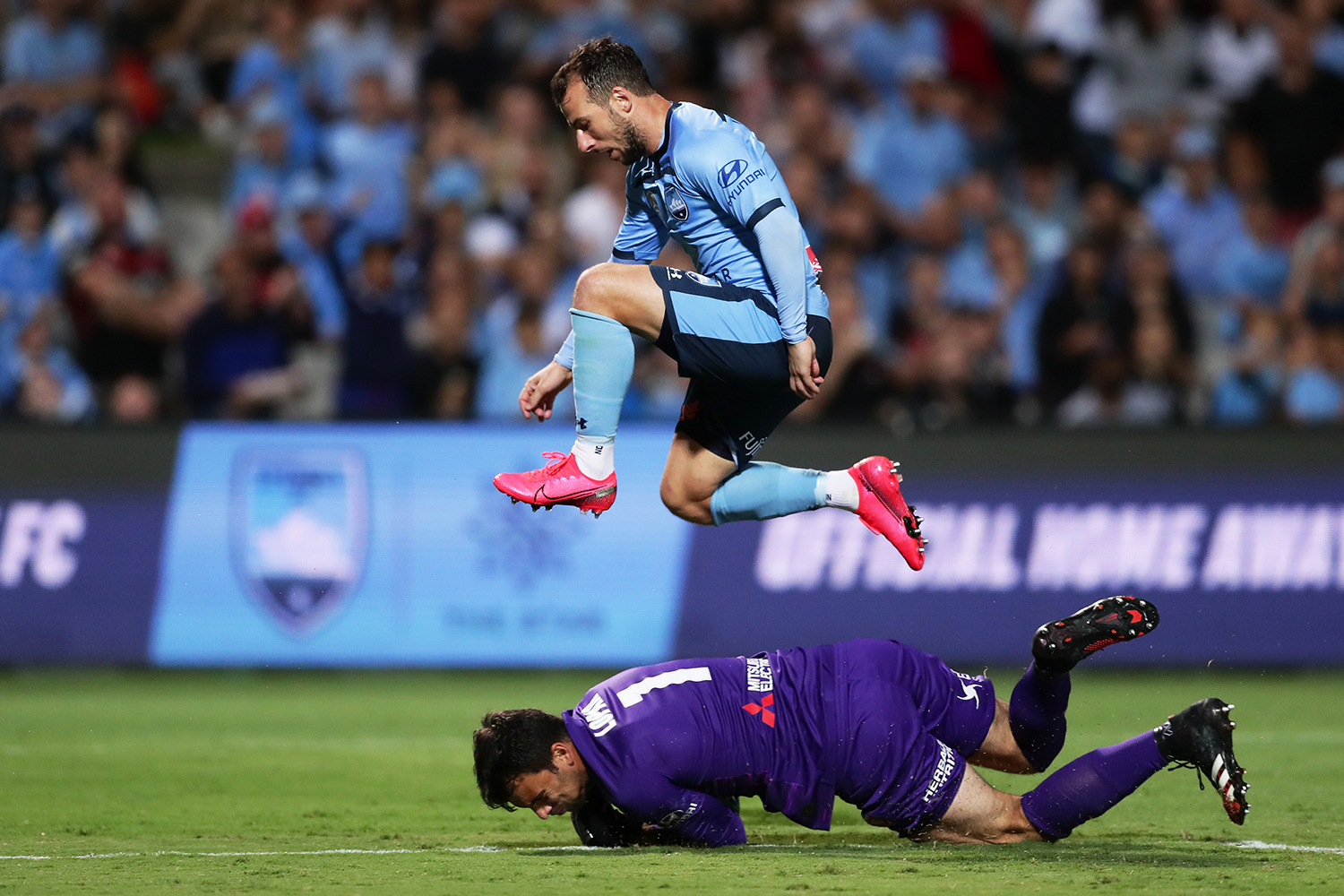 The postponement of the Wellington Phoenix match, originally scheduled for midweek, allowed Corica to hand his players a day off on Tuesday before returning to camp to complete an intense session on Wednesday.

The prospect of walking into one of the competition’s most heated rivalries without any supporters in the stadium feels like an alien one to somebody who has been involved in intense Hyundai A-League battles since the dawn of the competition.

But Corica is fully aware of the importance of the measures taken to get the rest of the competition played, and believes the Sky Blues’ impending march to the Premiers Plate will be motivation enough for his charges.

“It’ll be very difficult with no supporters there,” Corica added.

“It’ll be strange. It’s going to be strange but it is the circumstances and that’s what we have to do.

“Obviously we want to finish the league off. That’s why there’s no crowds coming.

“If that’s the way it is, we have to deal with it and try and motivate ourself to try and wrap up the Premiership.”