An architect in the defeat of Brazil in the FIFA Women’s World Cup 2015, Westfield Matildas defender Alanna Kennedy believes confidence is on the Australians side ahead of their re-match at the Rio 2016 Olympic Games.

Kennedy said the Matildas are buoyed by their 6-1 demolition of Zimbabwe in their final group game,  and will be drawing inspiration from fellow Sydney FC star Kyah Simon’s 80th minute winner against the Olympics’ host nation at the World Cup when they meet in the quarter finals tomorrow (11am AEST).

“Last time we played Brazil prior to the Olympics was the game in the World Cup where we knocked them out,” Kennedy said.

“I think it’ll be a tough challenge, there’s a lot to play for, but it gives us a lot of confidence knowing we’ve beaten Brazil before.

“It was the 80th minute where we knocked them out, hopefully we can do it a bit earlier this time and get some goals in the back of the net. I’m looking forward to the game.”

The Sky Blues Westfield W-League 2015/16 Player of the Year is revelling in participating on the biggest stage in world sport, and has her eyes firmly set on returning to Australia with an Olympic medal in tow.

“There’s a lot of pressure but I think everyone is excited,” Kennedy said.

“Hopefully we can progress and play for a medal.” 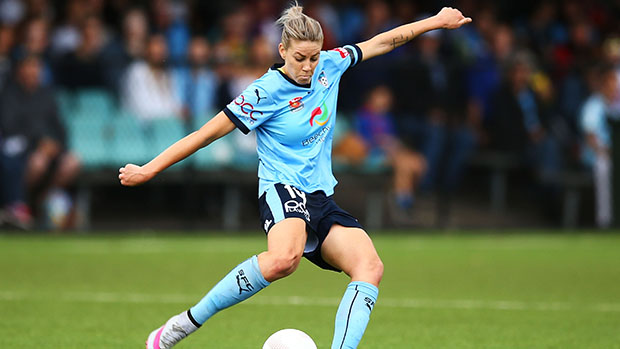