Today Sydney FC and the Football Federation Australia announced our Head Coach Graham Arnold will become the next Socceroos Head Coach following the conclusion of the 2018 FIFA World CupTM in Russia.

Today Sydney FC and the Football Federation Australia announced our Head Coach Graham Arnold will become the next Socceroos Head Coach following the conclusion of the 2018 FIFA World CupTM in Russia.

It’s a great honour for Graham and also for Sydney FC to be providing one of our national teams with their Head Coach once again.

It shows we are a club built for success and a club which gives our coaches and players every resource they need to perform and win.

Graham has done a fabulous job so far at Sydney FC and will continue to do so until the end of this campaign. He, the players and our staff are motivated solely on Sydney FC retaining the Premiership and Championship and finishing strongly in the AFC Champions League. Today’s announcement gives everyone certainty to focus on those targets and allows us to move forward with the process of finding a new coach.

There will inevitably be disappointment at Graham leaving at the end of the season. We wanted to keep Graham and made him an upgraded and extended offer. However, the honour of coaching your country doesn’t come along too often and having complied with the terms of his contract, we understood his desire to lead Australia and had no intention of standing in his way. 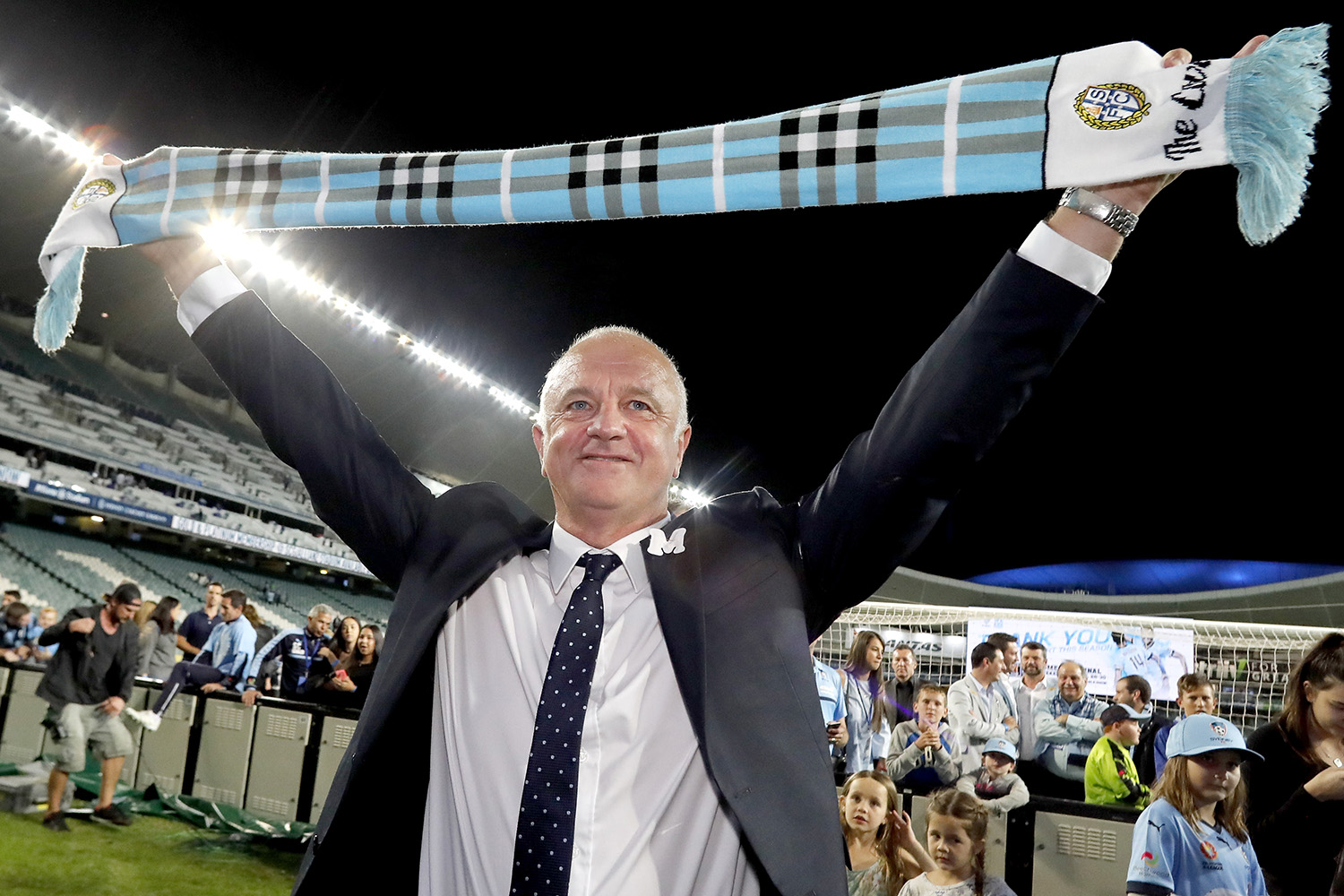 You will be pleased to know we have already started the search for a new coach and expect to make an appointment by the end of May. We are looking for someone who will fit into club’s culture and football philosophy, and who will build on the excellent foundations we have put in place over the last few years. We are looking internally and domestically at candidates, as well as overseas to ensure we find the right person and fit for Sydney FC.

We also have most of our highly successful squad contracted for next season and beyond, and in the coming weeks there will be further re-signings which bodes well for the future. This further demonstrates the importance of continuity in our new Head Coach appointment.

Our May deadline will also give the incoming coach ample time to make the plans and adjustments he needs before the players return to training in mid-July.

For now though we still have five A-League games, plus Finals and at least three AFC Champions League matches to play. We need your support as much as ever to achieve our targets and create even more history for our fabulous club.

There will be a great deal of emotion to experience over the next few weeks and I believe we will all enjoy the conclusion to another highly successful year.

Looking ahead we move into an exciting era for the club with a new coaching regime, a brand new stadium to play in and a new whole of club training facility on the horizon.

I look forward to experiencing this with you and seeing you at the games.

We Are Sydney and SydneyIsSkyBlue.