Sydney FC Captain Alex Brosque believes the way that teams celebrate against the Sky Blues following a result shows the esteem the squad are held in across the Hyundai A-League.

Following jubilant scenes by the home side at Coopers Stadium after a scoreless draw, Brosque said the Sky Blues’ would be using those celebrations as encouragement heading into Saturday’s clash against the Mariners at Allianz Stadium (kick off 7:50pm AEDT).

“The encouragement is seeing the way they react after we draw a game and they get a point,” Brosque said.

“I think it shows the respect that teams have for us now that you go to their house and they get a draw and the crowd acts as though they’ve won so I think it’s just more respect for us so that’s what we’ll use for encouragement.

“The game didn’t go to plan not getting the goals, the pleasing thing is when you don’t score as long as we don’t concede and don’t lose the game then you move on because you’re going to get games like that where it just doesn’t fall for you and the goals don’t come.

“We’re still going great and we’re still on target to do what we want to do and that’s win the Premiership. 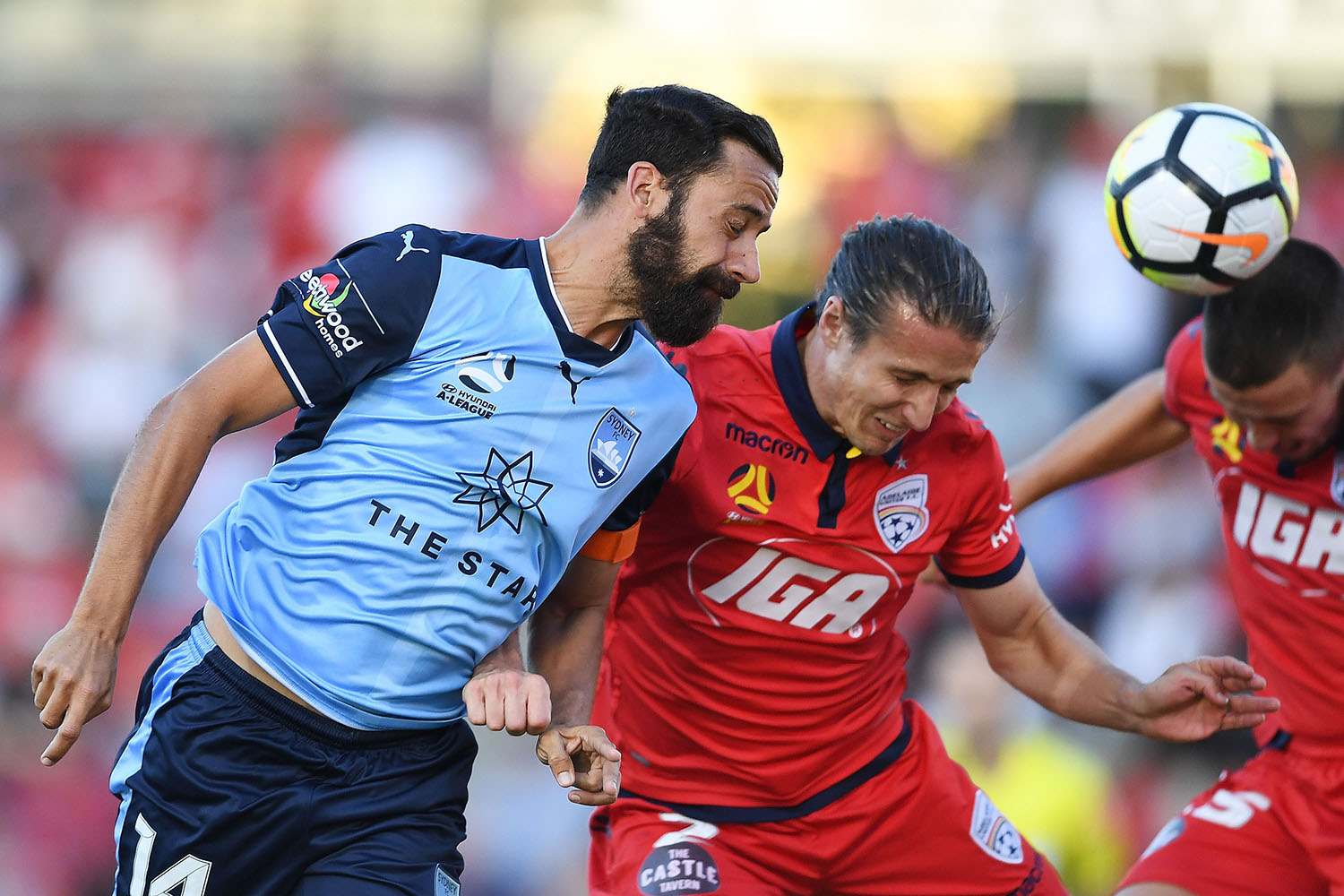 “We’ve got the rest of the league chasing us which is a good spot to be in and now we’re turning our focus to this weekend. We’ve got a big game against the Mariners and they’re the only team to have beaten us this year so we definitely owe them one.

“It is a good game to bounce back from because we remember the loss up there and the way they reacted to that win. There’s a little bit burning in there from that last game for us so it’s a perfect game for us to have at home.”

The Sky Blues’ skipper reiterated that the squad aren’t over-confident heading into each clash, as he said on another day the three point would have been returning to Sydney with the amount of chances that were carved out.

“There’s no such thing as over confidence,” Brosque said.

“For us the confidence we have in our ability to get results and win games is what’s made us the team we are in this past year and a half, we won’t change that.

“We knew the squad that we were going to be facing, that didn’t affect us and what we do, we carry on week to week working on our game. I

“t’s just a simple case of us not putting the ball in the back of the net. It’s how we focus for this week and get back to winning ways.

“With the amount of chances we had, on another day we get a couple. It happens to the best teams in the world, sometimes things just don’t go your way for you.”

Sydney FC take on Central Coast Mariners at ‘Fortress’ Allianz Stadium in Round 17 of the Hyundai A-League (kick off 7:50pm AEDT). Be there to back your Sky Blues at home.