Sydney FC coach Graham Arnold was full of praise for Canberra Olympic after the Sky Blues dispatched them 3-0 to end the ACT club’s fairytale FFA Cup run on Wednesday night.

Two second half goals sealed the game after Seb Ryall’s first half opener was added to by a sublime Milos Dimitrijevic set piece and a late goal to sub Bernie Ibini.

“Credit to Canberra Olympic they made it difficult for us. Getting players in behind the ball and playing on the counter,” Arnold told Fox Sports.

“And as you saw, they were dangerous on the counter. The longer it was 1-0 and they stayed in the game they kept on fighting. 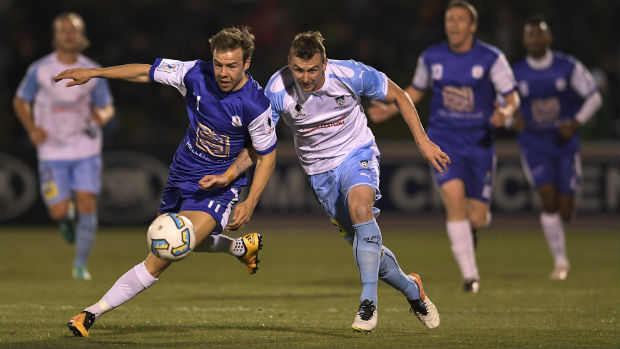 “The occasion was good for Canberra football and they should be very, very proud of their performance.

“It was a great night for Canberra… but it’s great for us to be in the final.”

The win means the Sky Blues will face either Melbourne sides Victory or City who face each other next Tuesday night in the second semi final at AAMI Park.

Arnold conceded playing lower tier teams can be a mental challenge for players to get up for compared to an A-League game.

“But at the end of the day it was about winning the game. And we should have – and could have – killed the game before halftime,” he admitted. 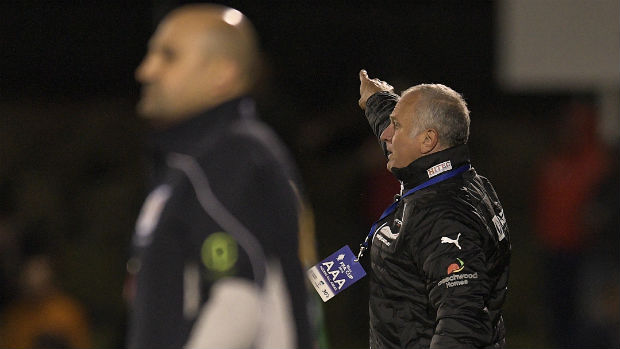 A proud Olympic coach Frank Cachia told Fox Sports: “We got the performance and they really put in a great shift.

“We fell asleep at a set piece and the boys probably will believe they deserved a goal, but I can’t be prouder of them.

“But hats off to Sydney.”